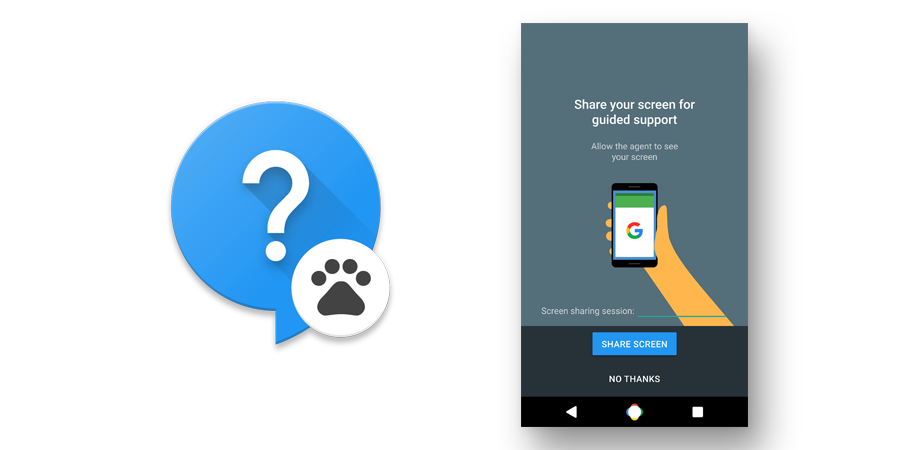 According to a report this morning out of Android Police, Google is working on an app for live support on Nexus devices. Tentatively named “Google Support,” the app — think Amazon’s Mayday button — will allow users to quickly get help with their phones. This app also reportedly features the ability to share your screen with the real agent on the other end, making getting help just that much easier…

Other than this, the report doesn’t really have much detail. Since the app is currently in dogfooding status (as you can see in the icon above), there’s probably still a bit of time before it’s ready to go mainstream. More than likely, the app will launch alongside Android N and the new Nexus devices sometime later this year. It’s likely that this is going to be a Nexus-only feature.

In other news from the last 24 hours, specs for rumored HTC ‘Sailfish’ Nexus device were revealed in a new leak, and we also heard that Google is purportedly redesigning navigation buttons for the final Android N release. Nexus leaks pouring in this early would suggest to me that maybe we’ll see an announcement a bit earlier than usual, but we’ll just have to wait and see what happens.

During an interview with Walt Mossberg at Code Conference earlier this year, Sundar Pichai said that Google will be “more opinionated” and put “more thought” into its Nexus phones, and we have some ideas as to what that will mean — including the removal of OEM branding from the back of the upcoming phones. Perhaps the addition of a Google Support app is another part of this bigger plan.