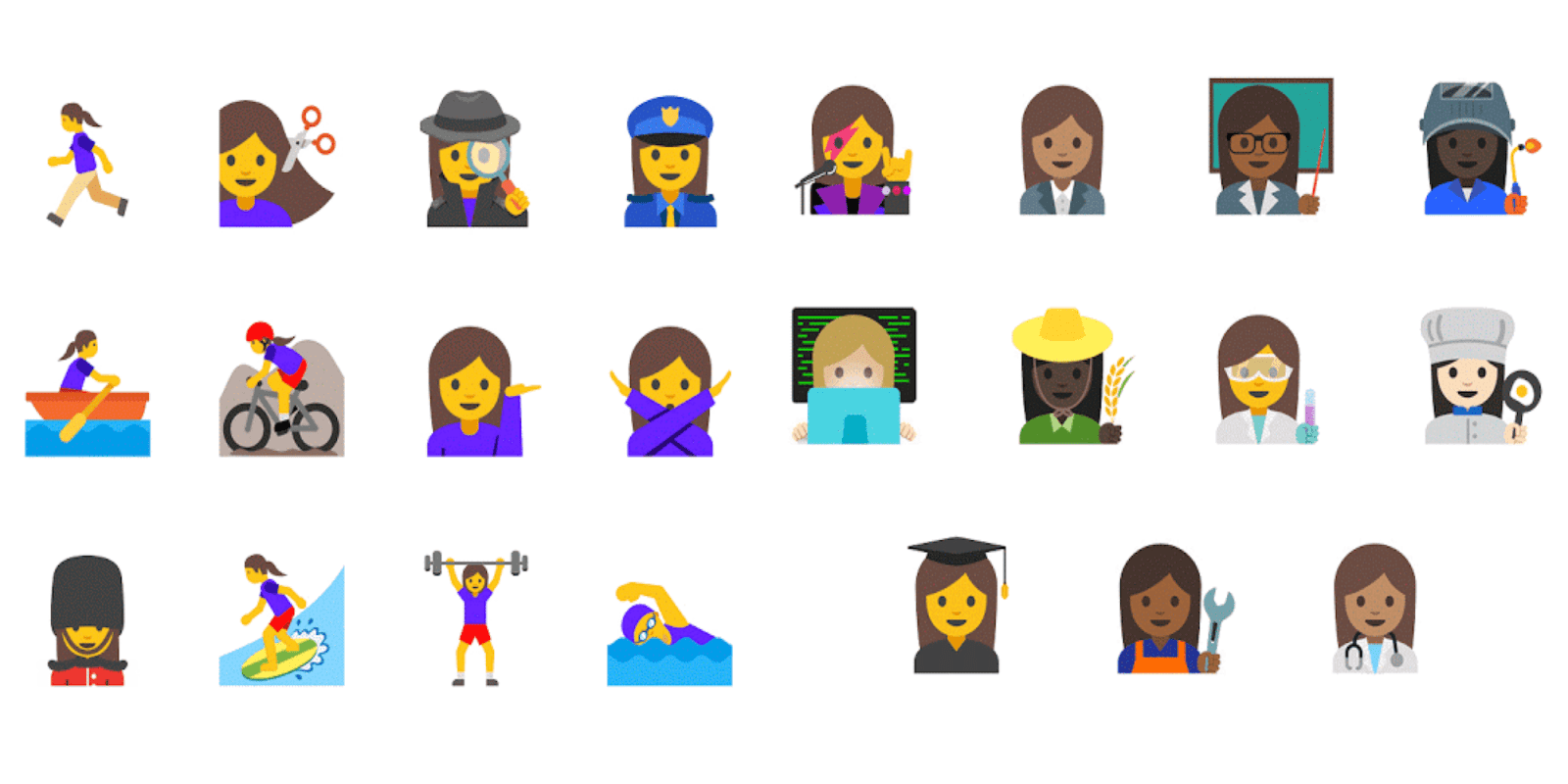 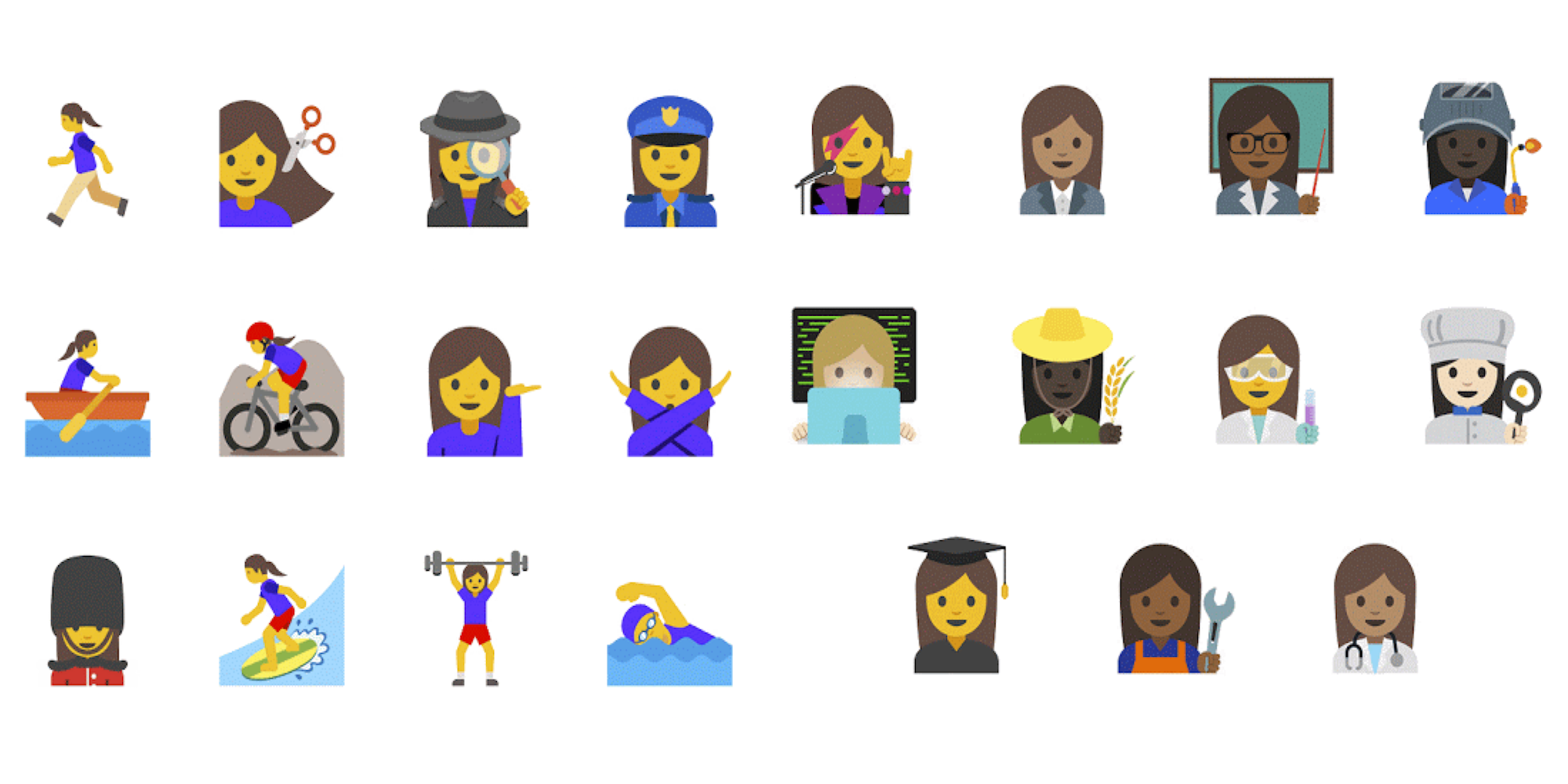 Following a proposal by Google earlier this year, the Unicode Technical Committee today approved a new set of emoji that aims to improve gender equality.

More than 90 percent of the world’s online population use emoji. But while there’s a huge range of emoji, there aren’t a lot that highlight the diversity of women’s careers, or empower young girls…. the emoji representing women aren’t exactly, well, representative. So we’ve been working to make things better.

Google notes that many of the professional emoji currently don’t offer female versions for the same job roles, while other emoji — like a woman wearing a tiara, a bride, or a hairstylist– don’t offer male alternatives.

The new emoji approved today fixes that with 11 career-related characters in both male and female options with all of Unicode’s available skin tone options. That makes for 100 new options in total.

Here’s a look at few of the new professional emoji:

And on top of that, as part of the same effort to improve gender diversity, 33 other existing emoji will be updated to feature male and female options. Google highlighted a few:

Other efforts have recently been made to improve the diversity of emojis such as the addition of more skin tone options. Most recently the Unicode group unveiled 72 new emoji with Unicode 9.0, likely making their way to users in upcoming releases of operating systems from Google, Apple and others.

Google noted that its new gender diverse characters approved today will now be available for it to use in an upcoming Android release.