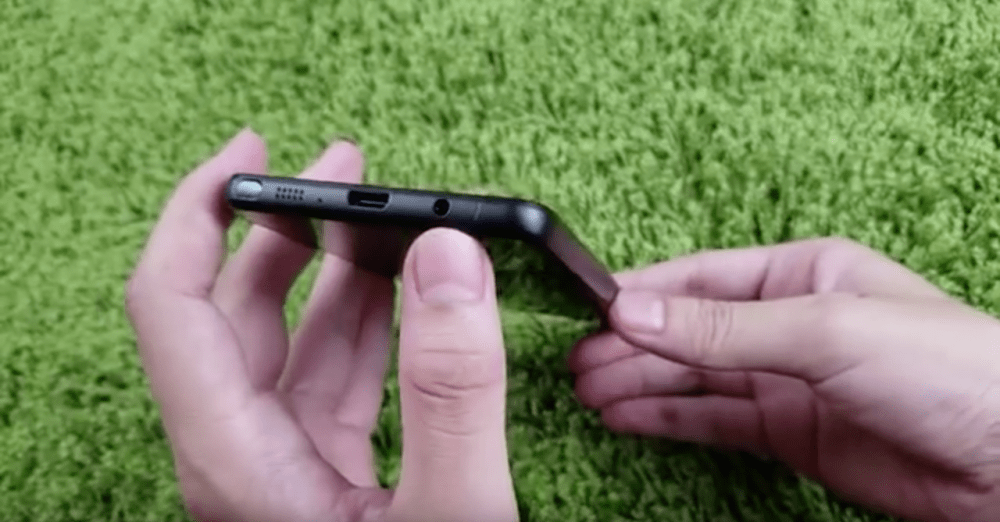 The Note 7 leaks are streaming in faster than ever as the Korean company’s August 2nd event approaches, and the latest include even more glimpses of the flat non-edge version of the Note 7. We’ve mentioned many times the possible existence of a flat Galaxy Note 7, but renowned leakster Evan Blass told us last week that we should abandon any hope we have of seeing a non-edge version of the phone…

That said nothing is stopping even more footage of the flat phone from leaking. One 11-minute video apparently from Chinese social network Weibo shows a flat Note 7 prototype working fully. The video clearly shows the home screen, the settings app, the iris scanning capabilities, the S Pen stylus, and the new notification features we told you about previously that are coming to Samsung’s always-on display.

Also showing off the flat version of the Note 7 are another set of images from Weibo, comparing the benchmark scores of a slew of Samsung phones. As you can see below, the Galaxy Note 7 (assumably the phone all the way to the right) beats all of the other phones by a wide margin in the Geekbench multi-core test.

We still haven’t seen the full specifications leak for the edge version (supposedly the only version that’s actually going to be launched stateside), but Samsung’s latest Unpacked event is scheduled for August 2nd. The event — focused mainly on taking the wraps off the Note 7 — will be taking place in New York City at 11AM. We’ll keep you in the loop as the Korean company unveils all the details of its forthcoming phablet.