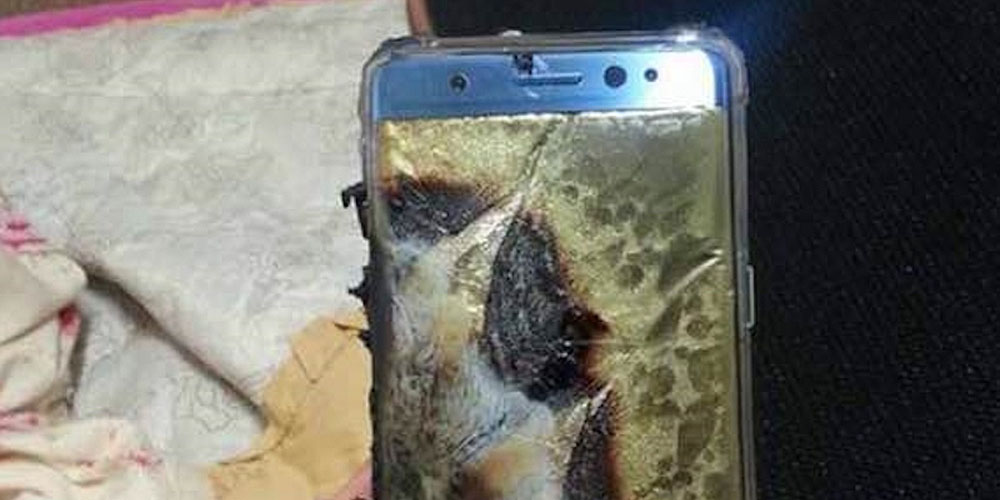 Samsung has suspended sales of its newly-launched top-end Galaxy Note 7 after numerous reports of the devices catching fire or exploding. It had earlier ‘paused’ shipments. Today’s planned launch of the device in the UK and other countries has been abandoned.

The issue is a huge one for Samsung, both in PR and logistical terms. Altogether, the company has manufactured 2.5M of the devices, of which 1M have been sold.

Samsung issued a brief statement saying that a ‘thorough investigation’ into the fires had revealed that faulty batteries were responsible. It said that it is carrying out a ‘voluntary’ recall of existing devices …

To date (as of September 1) there have been 35 cases that have been reported globally and we are currently conducting a thorough inspection with our suppliers to identify possible affected batteries in the market. However, because our customers’ safety is an absolute priority at Samsung, we have stopped sales of the Galaxy Note 7.

For customers who already have Galaxy Note 7 devices, we will voluntarily replace their current device with a new one over the coming weeks.

Owners have been posting photos and videos (below) of Note 7s that have caught fire, many of them partially melted by the intensity of the flames. Many say that they were charging the device using the official Samsung charger supplied with it.

Stores stocking the device have been instructed to cease all sales and quarantine them. Samsung says that it expects it to take two weeks to manufacture replacement units. It was earlier reported that only 0.1% of devices may be affected, but as this amounts to thousands of devices, it was a large enough percentage to trigger the recall.

Samsung went ahead with its China launch, stating that the batteries used in those models were unaffected, while sales in all other countries have been suspended. The company uses several different battery suppliers.