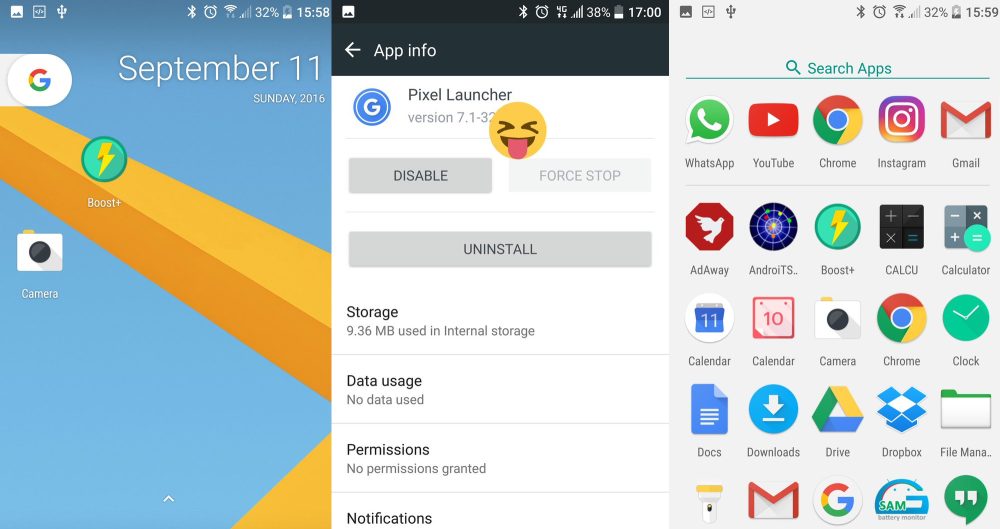 Google’s Nexus Launcher was leaked last month giving us a sneak peak of what Google has in store for its 2016 Nexus launch. At the time, the Nexus Launcher name made sense, but in the weeks since we’ve heard a lot of new information about Google’s upcoming devices and odds are, the company won’t keep the Nexus branding…

At this point, it’s all but confirmed that Google’s 2016 smartphones will adopt the Pixel brand, to be named the Pixel and Pixel XL. Now LlabTooFeR has given us even further confirmation of the new branding, showing us the newly-renamed “Pixel Launcher,” previously known as the Nexus Launcher.

As far we can see in these screenshots, the Pixel Launcher brings no major changes feature-wise compared to the Nexus Launcher — just a new name and a new version number.

That new version number also helps to confirm what version of Android the Pixel devices will ship with. It was previously reported that these devices would ship with Android 7.1, and these new screenshots corroborate that showing 7.1-32xx.

Google is expected to host an event on October 4th to unveil the new Pixel smartphones, so we should learn more very soon. No APKs are available yet for the Pixel Launcher, but if this is anything like the Nexus Launcher, one will probably drop sooner or later.

Update: Just like clockwork, the Pixel Launcher APKs are here straight from LlabTooFeR himself. Head over to his site (which is currently getting hammered with downloads, alternate links below) to grab the APK for yourself. If you already have the Nexus Launcher installed, this will install as an update to the app. Keep in mind that we are not the origin of this APK and cannot guarantee that the files are safe, so install at your own risk.