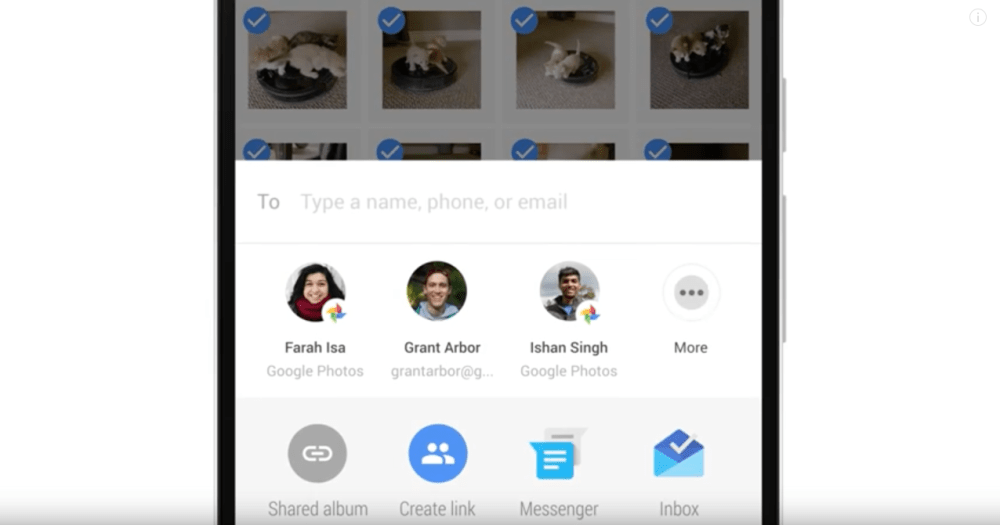 Google has today announced that it is making sharing photos via Google Photos easier, now letting you simply tap a group of contacts that you want to send photos to. After you select who should receive them, all you have to do is tap send and Google Photos will take care of everything else — regardless of the method by which the photos are sent…

If they have a Google Photos account, the receiver will get a notification on their phone, for example. If you only have a phone number or an email address in your contacts, however, they’ll receive an SMS with a link to view the photos. Basically, this means you can avoid having to switch between a dozen apps just to get your photos shared with the appropriate people.

Google also says that it’s adding automatically created movies based on “creative concepts” — one example being a slideshow of photos showing your child growing up.

Google Photos has always made movies for you using your recently uploaded photos. Now we’re going further, with new movies that are based on creative concepts — the kinds of movies you might make yourself, if you just had the time. And they’re not only limited to your most recent uploads.

Google says we can expect more automatically created videos coming later in the year, such as those to “commemorate the good times from this summer,” and another “for formal events like weddings.”

All of these features are hitting Android, iOS, and the web today.