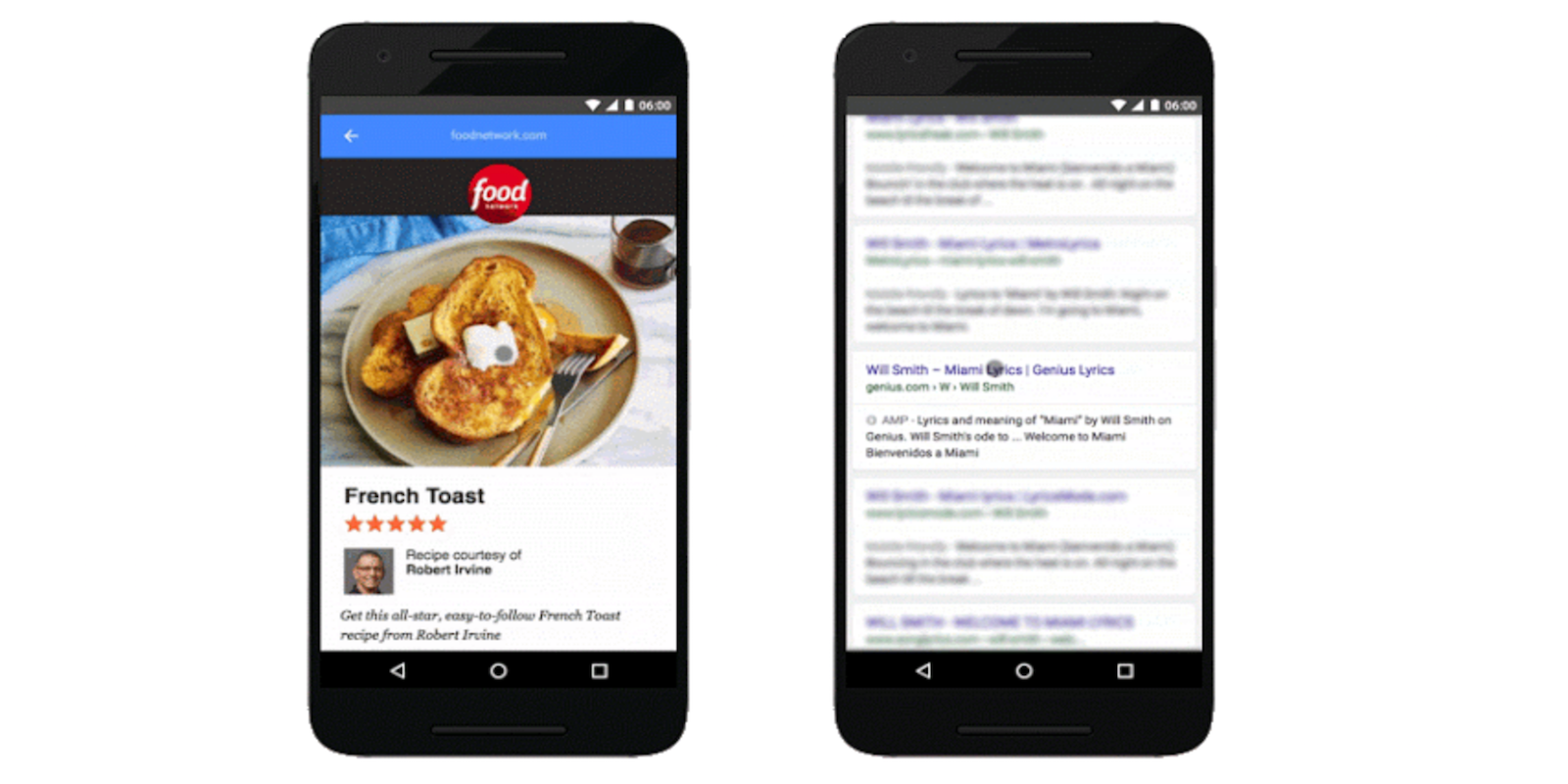 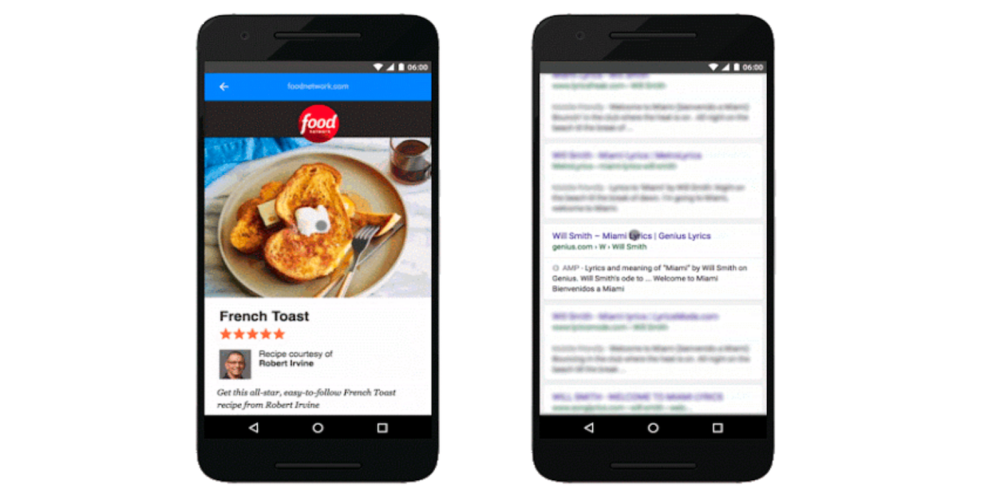 Last month, Google announced that Accelerated Mobile Pages would soon be coming to mobile search results. The feature is now being rolled out around the world with 600 million AMP documents from partners like eBay, Reddit, and WikiHow.

When it launched in February, AMP was mostly limited to news article from major publications in a Top Stories carousel. First available on the mobile web, articles can now be found in the Android and iOS Google apps, as well as Google News. Since then, partners like eBay and Pinterest have begun building AMP versions of their sites for quicker load times.

AMP sites in search results will be denoted by the same lightning bolt icon. Pages open with a white bar on top that lists the domain and has a close button to the left. Unlike news stories, there is no carousel to quickly swipe between results.

Partners include eBay, Reddit, Shopify, and WikiHow in the US. The 600 million AMP documents include pages from 232 locales, 104 languages, and range from retail, travel, recipe, general knowledge, and entertainment.

Based on HTML, AMP is an industry effort to speed up and improve mobile web page by creating lighter pages that are still feature rich. Google cites that the average load time of an AMP article is less than one second and uses 10 times less data than a full page.