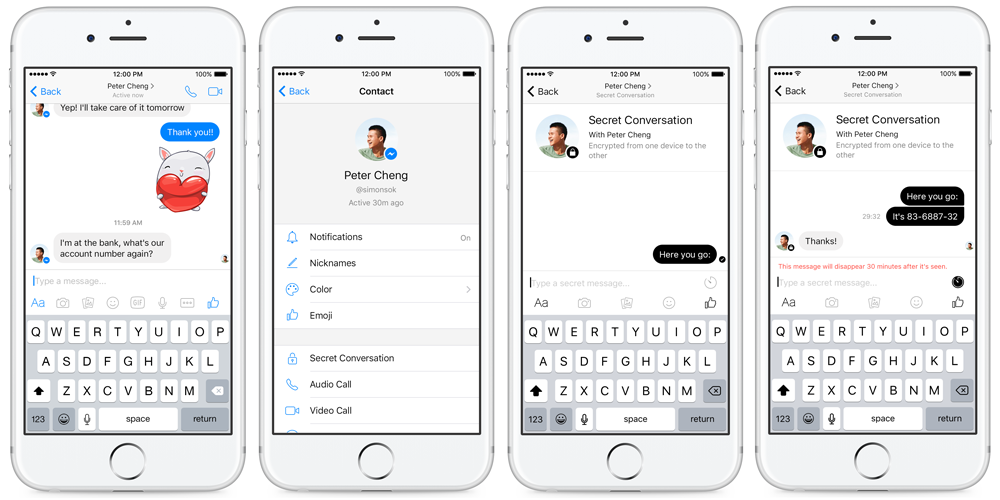 While some have questioned the need for strong encryption to protect simple chats between friends, the continuing revelations of mass surveillance by governments does make the issue a matter of principle for some. Just yesterday it was revealed that Yahoo may have allowed the government to scan all of its users’ emails. And, as I’ve argued before, we all have perfectly innocent things to hide.

Facebook began testing Secret Conversations – Facebook Messenger chats protected by end-to-end encryption – back in July, promising a wider rollout later in the year. The company has now told Wired that the rollout is complete, and that the feature is now available to all Facebook users …

A Facebook spokesperson tells WIRED the company just finished rolling out “Secret Conversations” to all 900 million Facebook Messenger users in the past few weeks. The opt-in feature allows users to encrypt their messages so that no one can read them except the two people on either end of a conversation—not even Facebook or law enforcement or intelligence agencies.

Unlike Apple’s iMessages and FaceTime, which employ end-to-end encryption automatically, you have to actively select the option in Facebook Messenger. When you tap the icon for a new message in the Android app, you should see a ‘Secret’ label top-right. Tap that and then select the person you want to message.

There are, though, some limitations. First, it obviously only works if both parties have the latest version of the app. The way Facebook silently updates apps means that it often doesn’t show an update available, and if you want to force an update the only reliable way to do so is to delete the app and reinstall it.

Second, there is no cross-device support. The encryption is unique to each device, so you can’t start a Secret Conversation on one device and continue it on another. (Apple gets around this issue by sending separate copies of every message to each device, so although each device uses different encryption, the user can switch devices at will.)

Third, while images and stickers can be used in Secret Conversations, there’s no support for GIFs or videos.