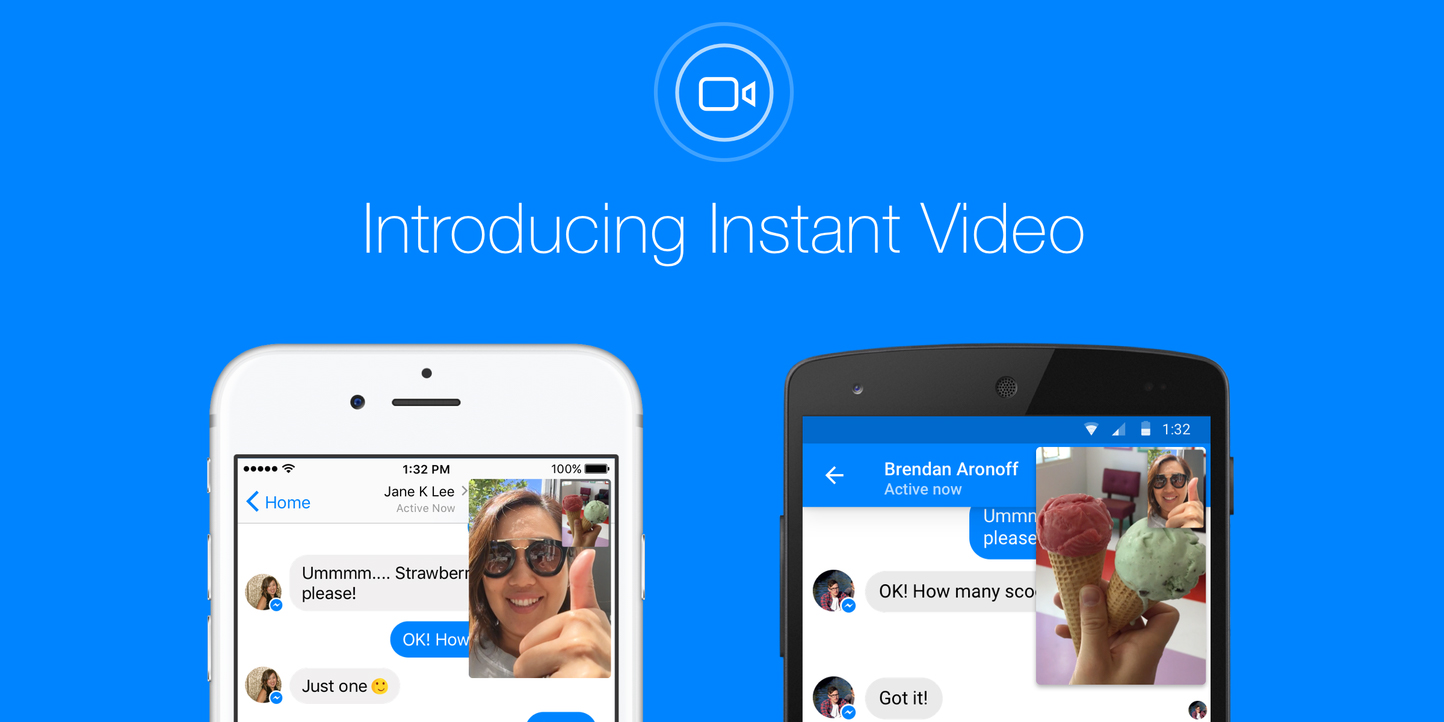 Facebook has been trying to make its Messenger application the one app on your phone for all your communication needs. This includes having the ability to set it as your default SMS app, removing the need to even have a Facebook account, and adding end-to-end encryption to all chats. Today, Messenger is adding a new feature called Instant video so that users can make video calls to their friends and family.

Messenger’s new Instant Video feature works very similar to Google Duo where one person can quickly and easily start an informal video chat with another person. When the first person wants to have a video chat with a friend who is also using Messenger, all they have to do is tap on the brand new video button found on the top right-hand side of a conversation. This person’s video will then be turned on allowing the recipient of the call to see them. When the second person answers the video call, both users will have a portion of their screen taken up by the Instant Video.

Here’s how it works: First make sure that both you and your friend have the latest version of Messenger for either iOS or Android. Then, while both of you are viewing an open Messenger conversation, tap on the video icon in the top right corner to start sharing real-time video. Audio is off by default because sometimes you just need to see something, not hear it — but sound can easily be turned on if you choose. Your video will float over the active text conversation that you can continue while viewing the video. Your friend can watch your video stream and share a video back if they decide.

Facebook Messenger’s Instant Video feature is rolling out today so make sure to check the Play Store for an update soon. Additionally, Instant Video will work on both Android and iOS — so video calls can be made cross-platform.