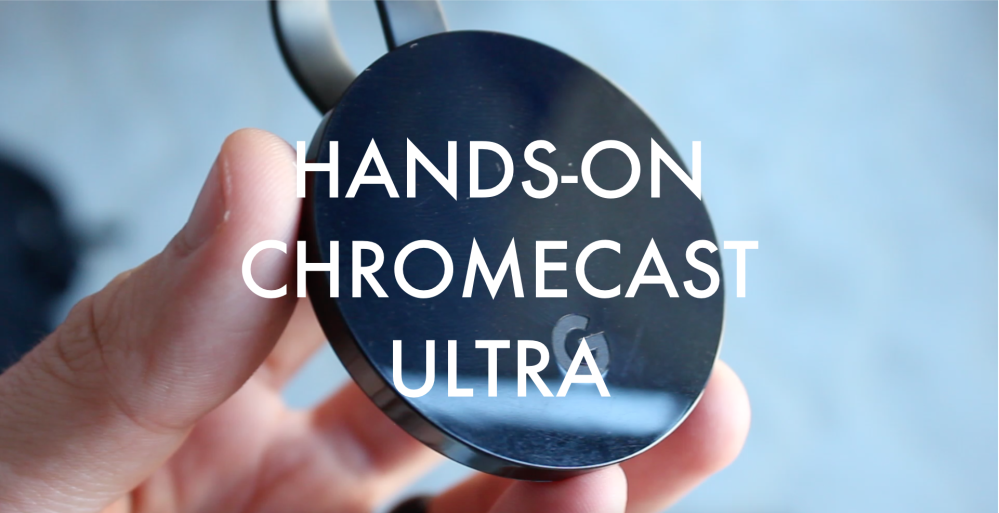 Google yesterday announced the 4K Chromecast Ultra, a beefed-up $69 version of its ever-popular Chromecast media streaming dongle.  There isn’t really much to say with this little guy. It supports 4K, HDR 10 and Dolby Vision, it’s just a little bit faster, and Google added a ethernet port to the power adapter to make sure everything runs smoothly…

While everything here works as-advertised — based on our quick experience testing it out at Google’s event yesterday, at least — the elephant in the room is the recently-launched Xiaomi Mi Box Android TV which retails for the same price. That device also supports 4K streaming, and packs all the goodies of Android TV as well.

But this is a great option to have if you want a Chromecast, but also want to be able to stream 4K content on your modern flat screen TV. Personally, I don’t do much watching in 4K, so this isn’t really for me. Call me old fashioned, but I’m still just fine with watching standard HD content on the regular Chromecast, which is almost exactly half the price of this one at $35.