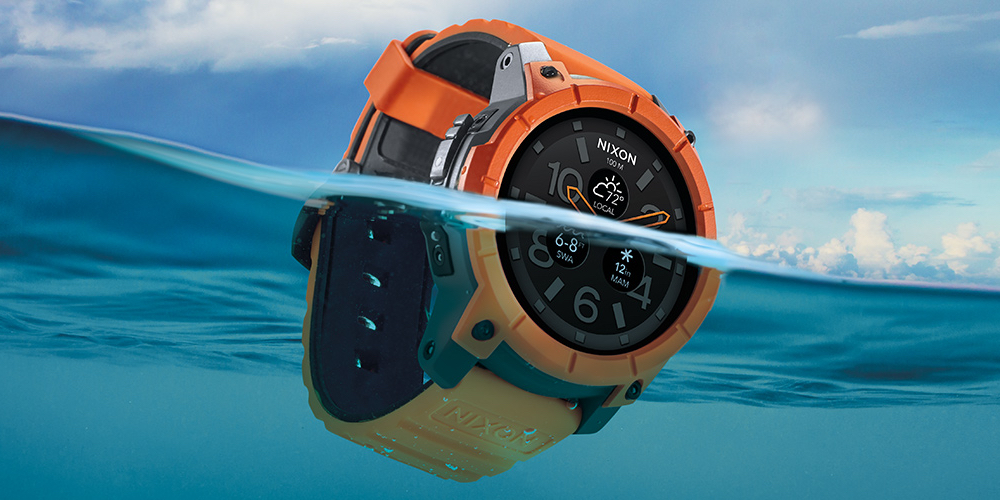 After opening up pre-orders about a month ago, Nixon has finally opened up sales of the Mission, its sports-oriented Android Wear smartwatch.

The Mission is available now from multiple retailers, including Nixon itself and Amazon, for $399. Through Amazon, you’ll be able to order the Mission in Black, Orange, and Concrete. However, if you order through Nixon, you’ll be able to fully customize the watch for an extra $50. For that, you can add a new band from a plethora of options, change the color of the case and bezel, as well as engraving an image or custom phrase.

Inside, the Nixon Mission packs Qualcomm’s new Snapdragon 2100 processor, specifically made for wearable devices. Along with that, you’ll also find a 400 mAh battery rated at about a little over a day between charges, and a bunch of sensors — GPS, thermometer, altimeter, barometer, e-compass, gyrometer, accelerometer, and humidity. Nixon also has the watch pre-loaded with a few apps and watchfaces which can take advantage of those sensors.