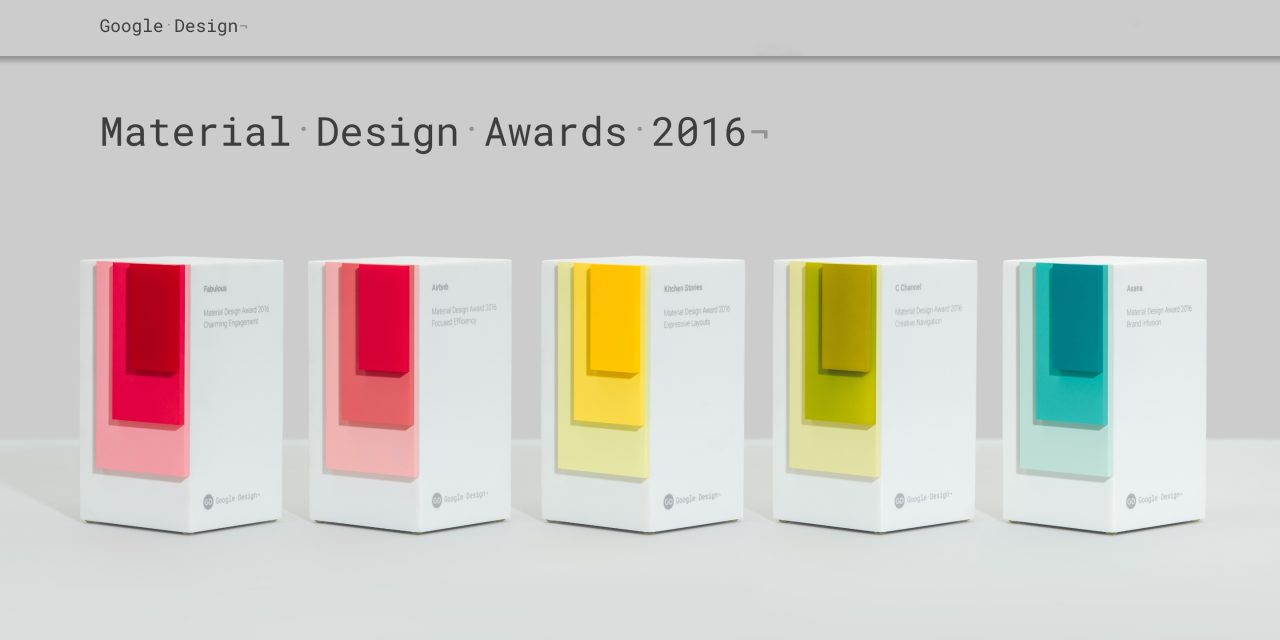 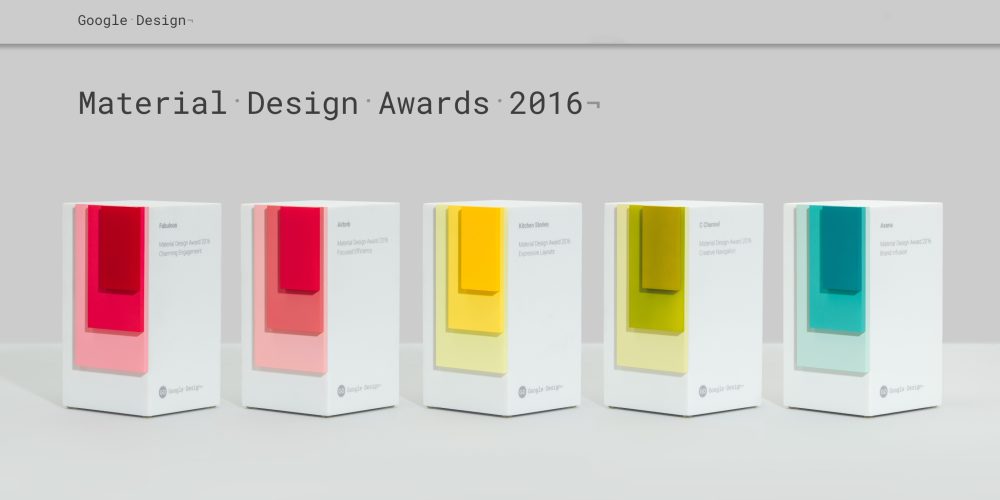 Ever since the introduction of Material Design way back at 2014’s I/O, Google has put a lot more emphasis on design than ever before. “Google Design” itself became a thing, and among the initiatives promoted by the company to bolster its overhauled aesthetic sense, there are proper MD “Awards”, whose 2016 winners have just been announced…

Of course, while Material Design is a company-wise design system — which means it spans from Android, to websites like AdSense, to Google’s very own logo — apps are the best representation of it, simply because their complexity allows distinct aspects of the Material guidelines to shine.

In fact, in choosing the five winners, Google expressly picks the ones who better represents the various parts Material is composed of. “As with last year’s winners, we’re highlighting specific aspects of Material Design used in creating apps which satisfy their users while appropriately expressing their brand,” reads the blog post.

The first winner, falling into the “Brand Infusion” category, is Asana, “an app built on making teams more productive and collaborative needs to be visually focused and clear to keep users concentrated on getting work done”. Its extensive portfolio of features could easily get it lost into a convoluted mess, but “Asana’s design team thought through the brand experience at every turn”, and “deftly infused its brand’s visual identity without distracting from the product’s core functionality”. 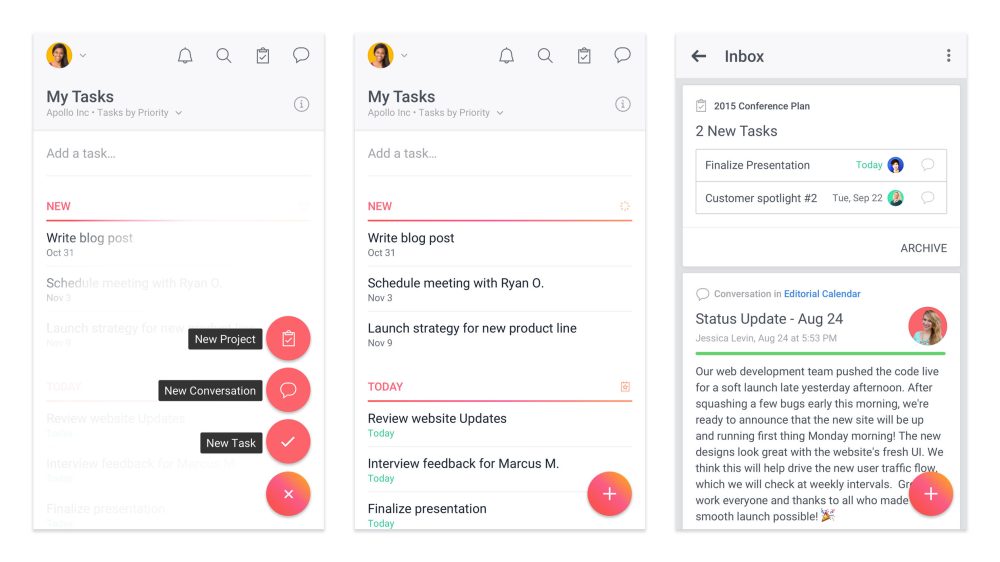 The winner for “Charming Engagement”, instead, is the Fabulous! Motivate Me app, whose “attentive coach” will encourage you “to achieve your goals through positive reinforcement”. Indeed, the app is quite beautiful to look at, even at first glance, and most certainly doesn’t fail at both grabbing your attention and inviting you to give it a go. 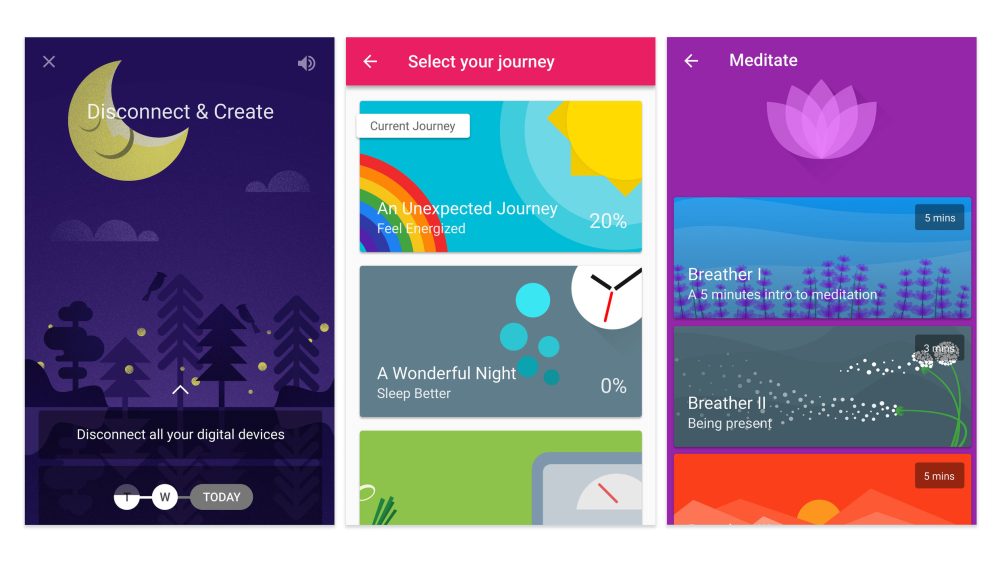 The “Creative Navigation” trophy is snagged by the Japanese C Channel app, whose main task is to let the user navigate in a myriad of videos. This is made “simple, fluid and engaging”, according to Google, as the app “neatly balances a blend of studio-created and user-submitted videos covering fashion, food, and more”.

It’s all about its clean, intuitive UI: “C Channel organizes content into a series of tabs that can be traversed easily with a simple swipe. This engaging, gestural journey through the product continues even when videos are playing, allowing users to advance seamlessly between clips with a vertical fling.” 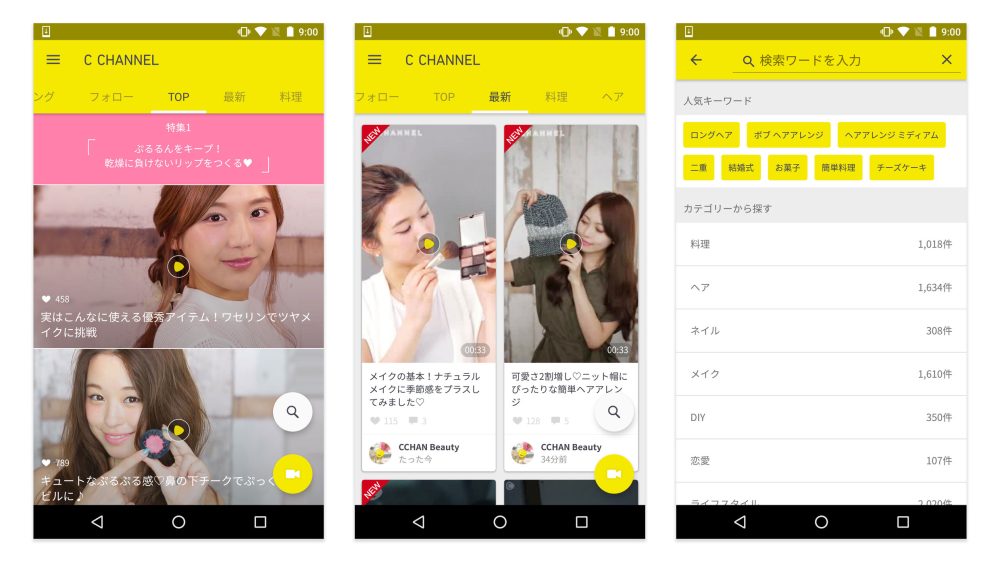 Kitchen Stories follows, bringing home the “Expressive Layouts” award; it “excels at creating effective, easy-to-scan layouts for recipes across a variety of screens and sizes”, by showing “content organized smartly” and “minimizing the number of times you’ll need to touch messy fingers to the screen” — something certainly useful for the many situations in which your hands are not exactly clean.

“The attention to craft shines through at other moments in the app experience as well, from the precise positioning of type, to the playful use of the logo as a textural element on background surfaces,” Google says. 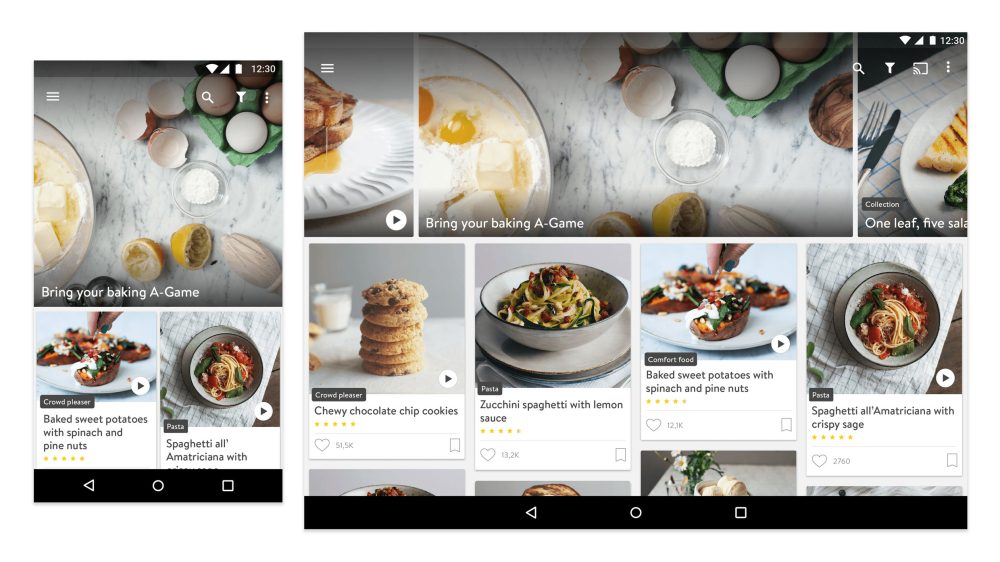 Last but not least is the “Focused Efficiency” award, which goes to none other than Airbnb. And, as Google reminds us in its ten things they know to be true, “fast is better than slow”, a philosophy that applies to the Airbnb app beautifully. “Essential tasks are satisfied through precise design, routing users clearly and briskly from sign in, to browsing, to booking a reservation.”

“Happily, none of this efficiency comes at the cost of Airbnb’s visual appeal. Photography is a clear focus and communicates a sense of opportunity in each new destination. The considered typography and consistent but unobtrusive branding are equally successful for both the Android and iOS versions of the app.” 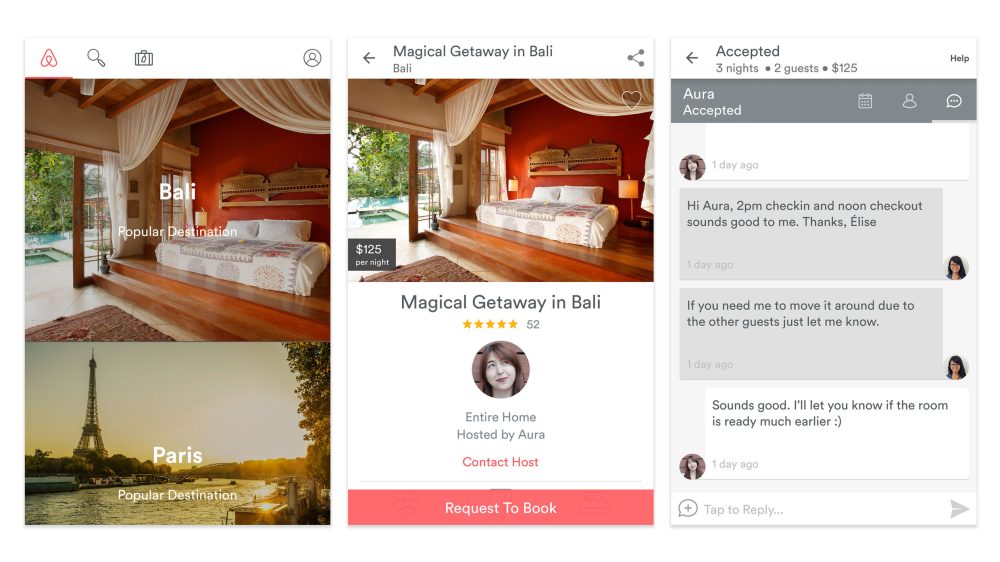 So there you have it; the links are all listed above, so perhaps go and give it a try. And congratulations to the honorees!