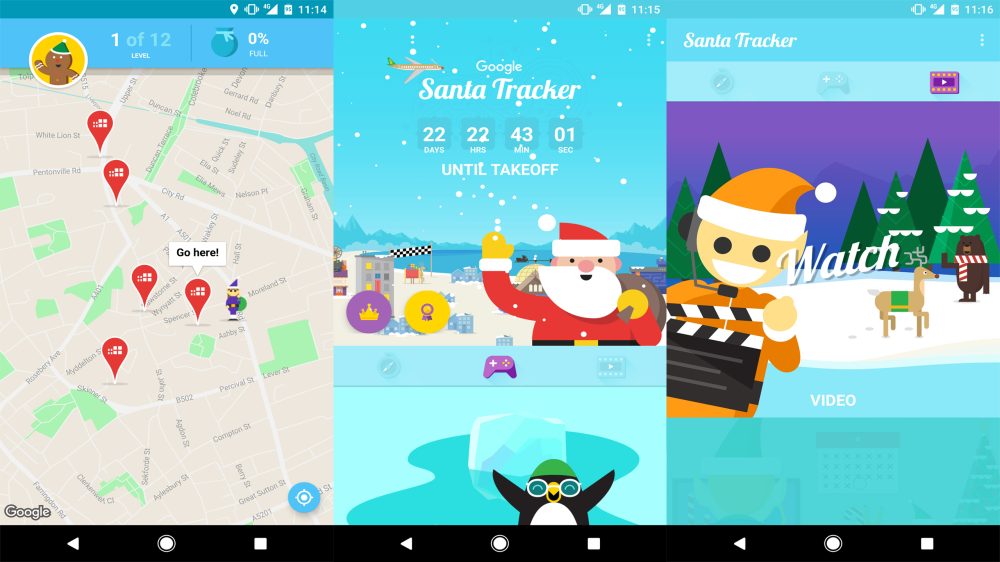 It’s that time of the year again, and with Christmas approaching, people are starting to freak out over what presents to buy to friends and family. So of course Google is looking to joining the ritual, and to do so it updated its Santa Tracker app with a couple of nice additions…

When you first open the app, you are of course greeted with a countdown to December 24, which is slated as Santa’s takeoff. That is the date the actual Santa-tracking game will become available, giving you the chance to follow him along with your phone, tablet, Android Wear, TV or any Chromecast-enabled device as he delivers his presents around the globe.

For now, however, Google has thought of another nice mini game called Present Quest. It’s indubitably got a sprinkle of Pokemon Go in it, as its main purpose is to make you physically walk around your area to grab presents and then drop them off at your local Santa’s Workshop, taking advantage of a basic form of AR, much like Niantic’s animated monsters’ game.

The app is also packed with eight other Christmas-themed mini games, as well as a video, while two more clips will be made available as the festivity approaches.