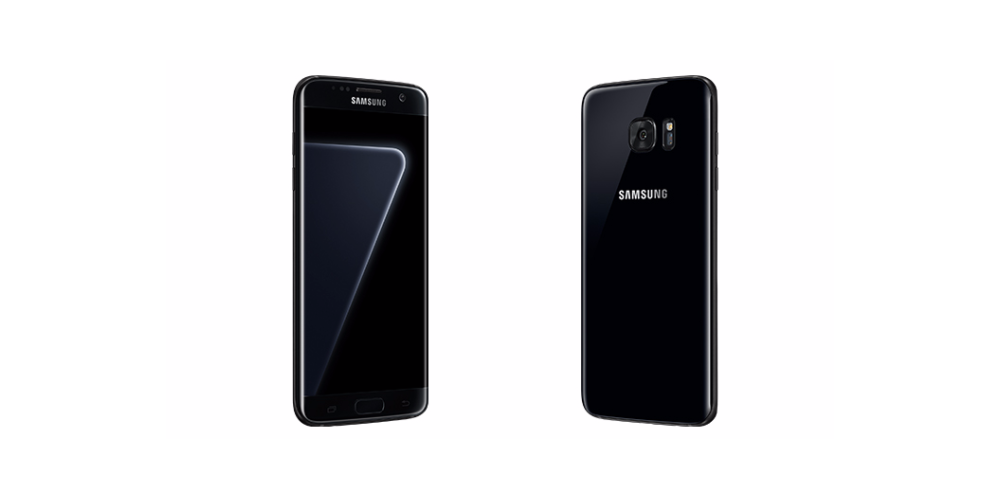 Earlier this month, we started hearing rumors of a “glossy black” Samsung Galaxy S7 Edge. Shortly after, another round of images of the elusive new variant leaked and it became clear that Samsung would be releasing a new color option for the popular handset. Now, the wait is over as Samsung has officially announced the “Black Pearl” Galaxy S7 Edge.

If you are wondering what the difference is between Black Onyx and this new Black Pearl S7 Edge, it is its full-body black design which includes the metal edges. By comparison, the Black Onyx model features silver trim. Samsung states that the Black Pearl coloring gives more depth to the back glass which “captures the essence of the color in its purest form” and “radiates quality and luxury.”

“Black Pearl” will be the seventh edition of the Galaxy S7 Edge following the previously released White Pearl, Black Onyx, Gold Platinum, Silver Titanium, Pink Gold, and most recently, Blue Coral variants. Samsung states that the brand new Black Pearl glossy color option will be available for purchase on December 9, but will only be sold with 128GB of storage in select markets. It’s unclear if this variant will be released in the US.