As 2016 comes to a close, all attention is being shifted toward next year’s flagships. After the disappointment of the LG G5 and (reportedly) slim sales of the LG V20, we’re hoping for a winner with the LG G6. Whether or not we’ll get that remains to be seen, but today we’re learning a lot more about LG’s upcoming flagship.

According to a report out of Korea, LG is planning to launch the LG G6 a bit earlier than it has in previous years, potentially just days after MWC 2017 where the company is also rumored to release other Android devices. Previously the company has waited a few weeks after the unveiling to begin sales, but opening sales a bit earlier could be beneficial this year, especially given the fact that Samsung is reportedly pushing back the release of the Galaxy S8 into April.

In order to put the phone on sale by late February/early March, LG is reportedly planning to start mass production as early as January. It’s clear that LG is planning to get the G6 on sale quickly after the announcement ─ so our guess for release would be early-mid March seeing that the announcement takes place at MWC 2017.

Along with that, we’re also getting our first look at what might be the LG G6 today (via Android Authority). According to a new diagram first obtained by Shai Mizrachi, who previously leaked accurate information about LG and Samsung flagships, the LG G6 will have a very similar design to the LG G5/V20. 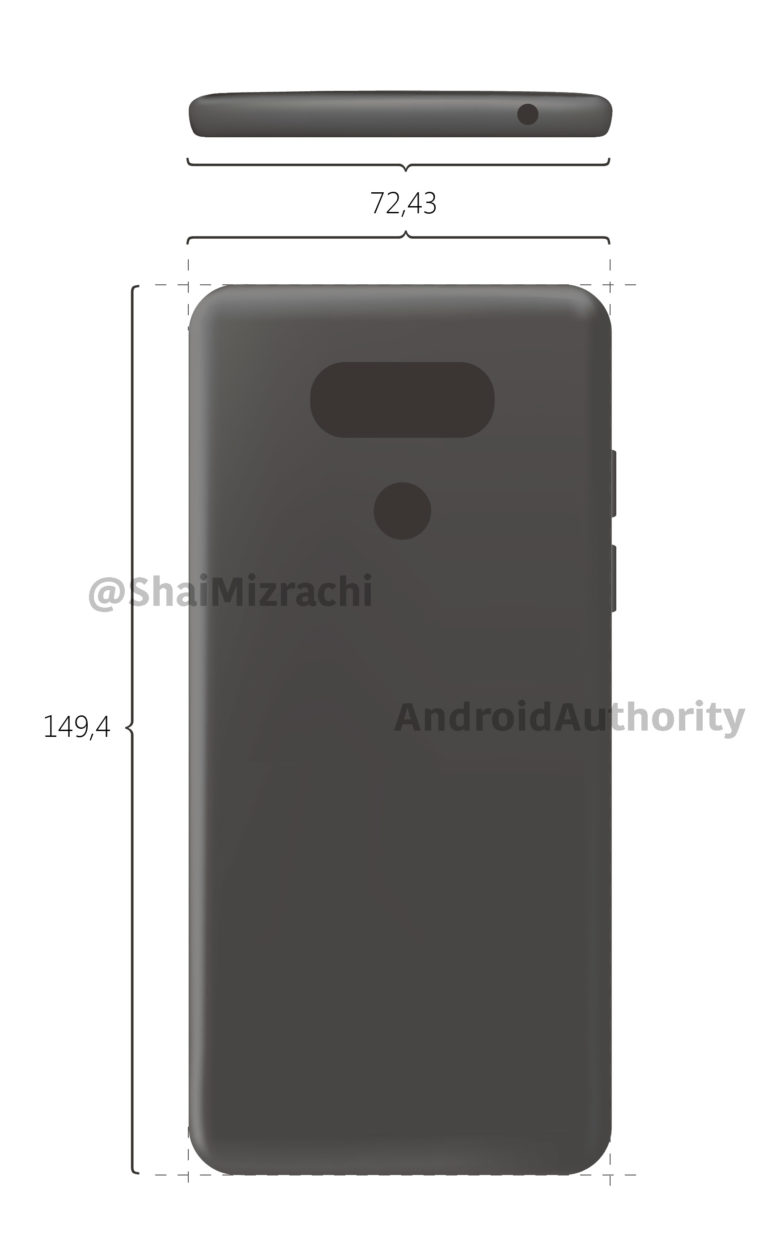 The same wide dual-camera sensor is depicted along the back with a fingerprint sensor/power button centered underneath and two buttons along the side for volume control. The phone also has rounded edges which are much more reminiscent of the V20 compared to the G5. The height of the phone is also identical to the G5 which implies the same screen size, but the side bezels will certainly be thinner given the slimmer width of the phone. The report also states that the phone will be slightly thinner as well.