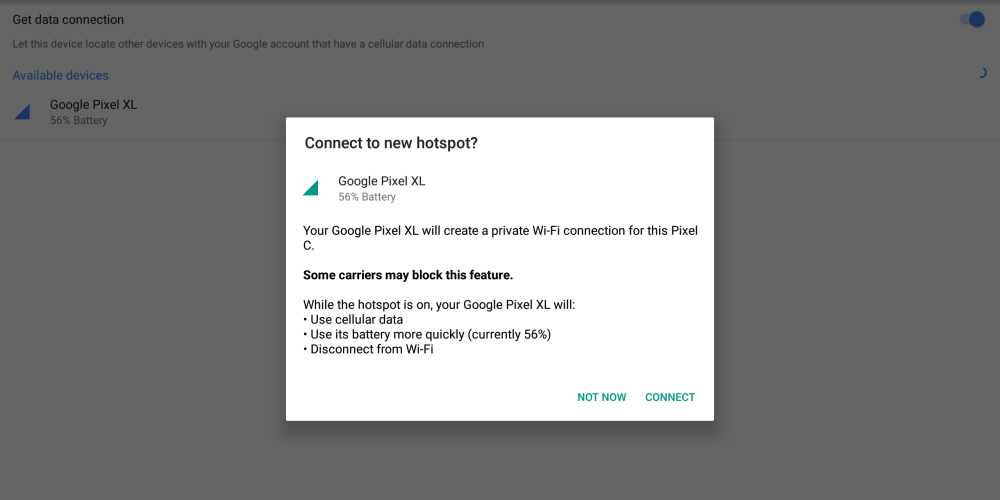 Tethering your various devices to your phone to get connected to the internet is a common use case for many people these days, but the experience in getting it set up definitely has room for improvement. Now, there’s a new feature rolling out through a Google Play Services update (it seems to be version 10.2 in this case) that will let you tether your devices to a hotspot hosted on your phone with just a single tap…

The feature was first noticed by Andreas Proschofsky on Google+ (via Android Police), who posted the above screenshot — which basically tells us everything we need to know. After you enable the feature, Google Play Services will look for other devices on your Google account that have a cellular data connection that’s nearby. You’ll be given a pop up like the one above that shows which device that would be, its battery level, and a “Connect” button.

That would be all we really know for sure at this point, but AP has reportedly received more information from a Googler who’s familiar with the feature. It’s apparently rolling out “first for Nexus and Pixel devices running Android Nougat 7.1.1,” and the Nexus 9 and Pixel C are supported only as clients that can connect to a cellular-connected phone. Additionally, it seems that two phones with the feature, like the Pixel, can connect to each other if one drops its cellular connection.

As you can see below, the new “Instant Tethering” menu gives you two radio buttons (in this case on a phone): one from providing data connection, and another to let your device locate other devices with a connection. More than one person is seeing the feature (one other Google+ user is reporting it, in particular), so it’s clearly rolling out to at least some people. We’ve installed Google Play Services 10.2 on our devices, however, and aren’t seeing it quite yet. 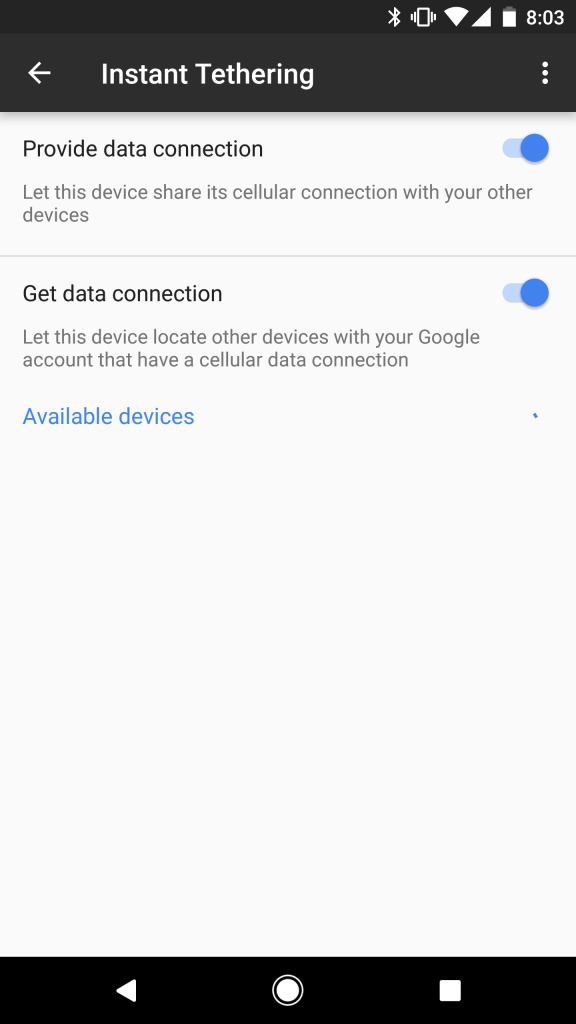