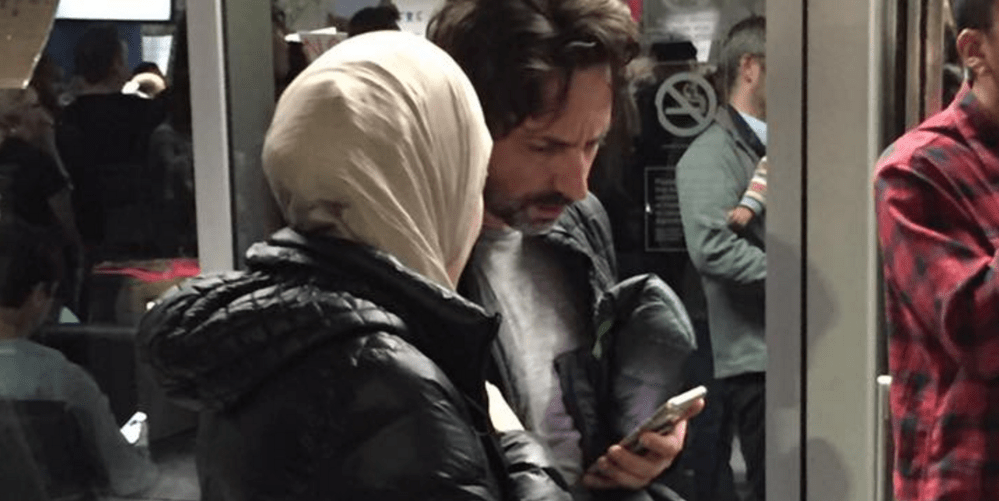 Spotted by several journalists, Alphabet’s President noted that he was present “in a personal capacity” and had no comment. However, he did elaborate to Forbes that “I’m here because I’m a refugee.”

Brin and his family came to the United States from the Soviet Union and is particular vocal over human rights issues. He played a key role in Google’s decision to exit China back in 2010 after a state-sponsored hack that stole intellectual property and targeted Gmail accounts of activists.

In an interview after pulling services from the country:

You can always make the argument that a little bit is better than nothing. At some point you have to stand back and challenge this and say, this goes beyond the line of what we’re comfortable with and adopt that for moral reasons.

The executive order restricts citizens of Iran, Iraq, Libya, Somalia, Sudan, Syria, and Yemen from entering the US. On Friday, Google advised affected employees to immediately return stateside. Just under 200 Googlers have been reportedly affected, though a US federal judge has temporarily halted detentions of visa holders this evening.

@karaswisher look who joined the protest at SFO pic.twitter.com/tCfm6CS0n7