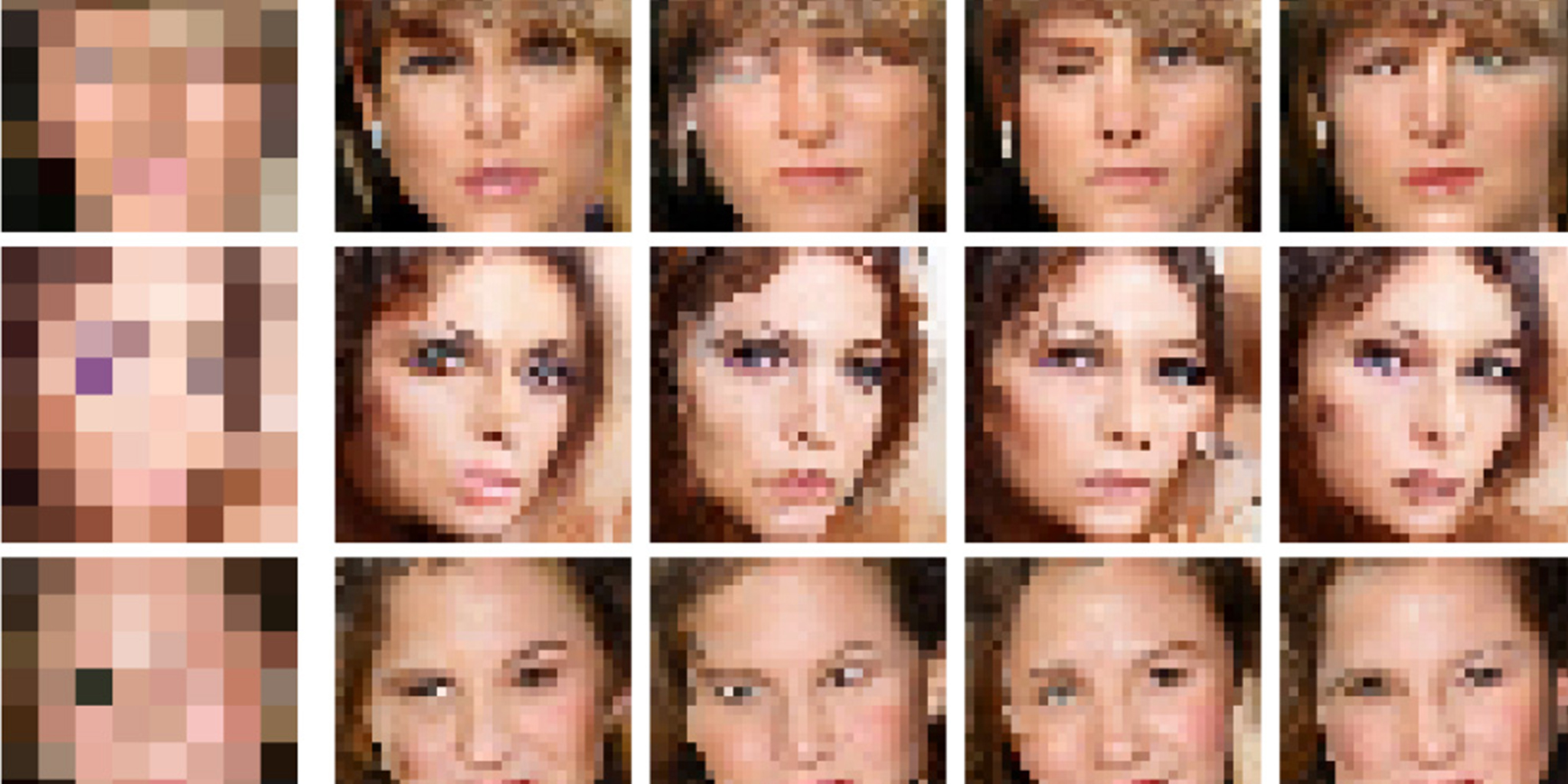 Google Brain’s work with neural networks has led to a plethora of interesting projects. Over the past several months, the team has been working on using these neural networks to enhance images, and now, it has been able to bring the infamous “zoom and enhance” abilities from sci-fi to reality…

This sort of thing is straight out of your run-of-the-mill sci-fi or cop TV show where the protagonist asks the lab tech to zoom way into a photo and then “enhance” it. While this isn’t as crystal clear as the fake stuff is in the television shows, Google Brain is capable of taking an 8×8 pixelated image and “add” details that would have been impossible to see before.

This is all possible thanks to the help of two neural networks called the conditioning and prior networks. The conditioning network uses Google’s massive database and tries to match the 8×8 pixelated photo to other photographs that it can find. Using the neural network, Google Brain shrinks images down to 8×8 photos and attempts to map the original item to others from the internet.

The second neural network, prior network, uses something called PixelCNN to guess and add pixels to the original 8×8 pixelated mess. Google Brain can reliably determine what pixels to add after it has analyzed millions of other high-resolution photographs with similar details in them. So in this case, the program would look at photos of people’s faces and then when enlarging the original 8×8 image, it can determine what pixels to add based on similarities it shares with the photos it investigated.

As Ars Technica notes, the added pixels are obviously not actually real. The Google Brain program did not somehow “bring back” missing pixels. All of the added details are a part of something called “hallucinations” which is just a term for the pixels that were added by the guesses made by the computer program.

The future of the work being done by Google Brain is still unknown but there may be a day in the not-so-distant-future where your real-life police department is zooming and enhancing an image of something that was originally too blurry to make out.