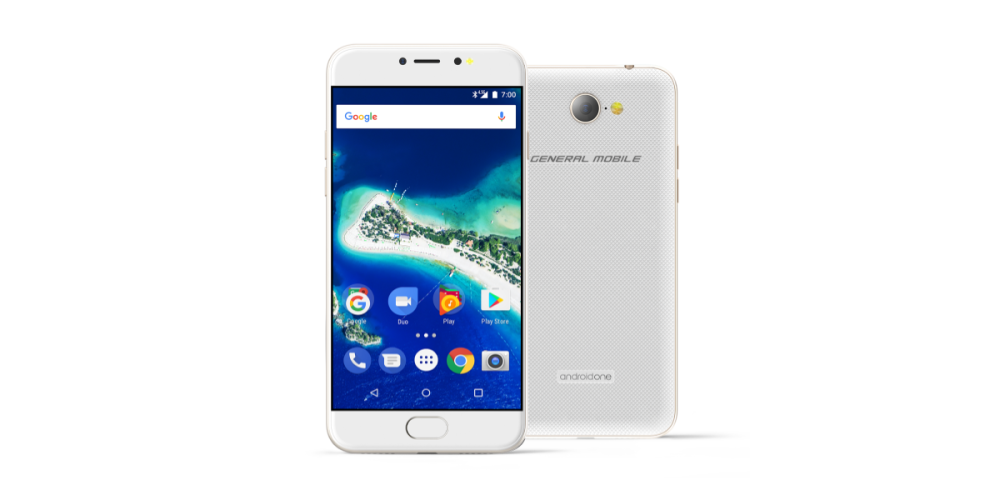 While Android One is rumored to expand to the US later this year, the initiative will likely continue to focus on the rest of the world. At MWC 2017, General Mobile has announced their latest Android One device meant for Turkey. Running Nougat, notable specs include a fingerprint sensor and selfie flash.

The GM6 follows the GM5 announced last November with some notable upgrades. Specifically, the addition of a fingerprint sensor is a first for Android One. The tall and oblong scanner is located up front, with the phone also featuring a selfie flash for the front facing 8-megapixel camera. On the rear, there is a 13-megapixel sensor with dual-LED flash.

Powered by a quad-core MediaTek processor with 3GB of RAM, the device features a 5-inch 720p IPS display with Gorilla Glass 4. The 32GB of onboard storage is complemented by a microSD slot that supports up to 128GB cards. The device still runs Android 7.0 Nougat and is loaded with apps like Android Messages and Duo.

The GM6’s 3,000 mAh battery is charged via micro-USB with support for LTE and other bands. Featuring a textured back sporting the Android One logo, it will be available in Gold, Rose Gold, and Space Gray in Turkey.