Comment: An on-watch Play Store is pointless if you never use smartwatch apps 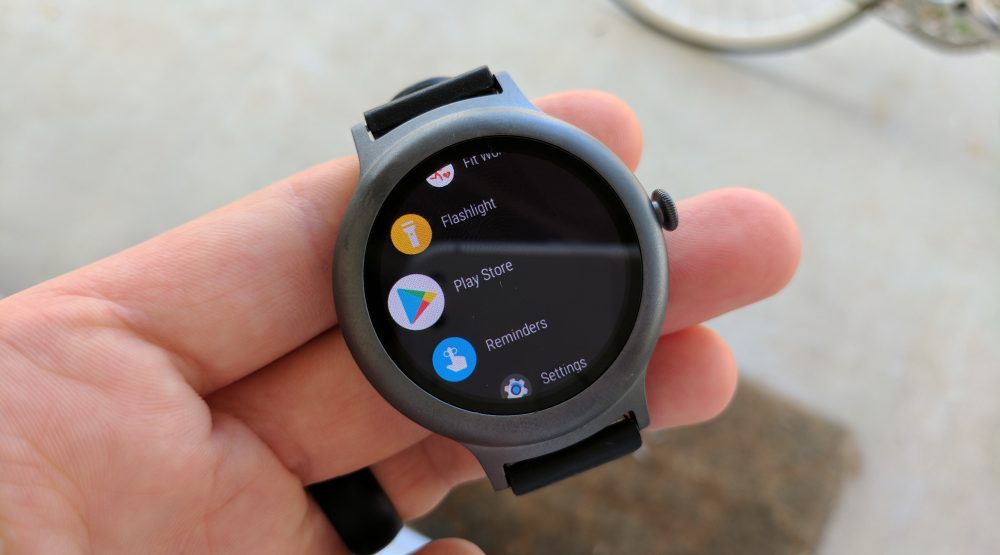 I’ve had my LG Watch Style for a week now, and my thoughts are mostly positive. Like we said in our review, the Watch Style is Android Wear for those who want the basics done well, and I agree with that conclusion. It really is a basic watch, and it really does perform those basic functions better than any Android Wear watch I’ve tried.

For me, the answer is almost none. I’ve been using the LG Watch Style for a week now, and only a few times have I actually used the apps on the watch. I used Google Fit for a day or two (but that doesn’t really do much on the Style, admittedly), I’ve used the Alarm app once, I’ve used the Spotify app maybe twice, and I’ve flicked through the Play Store app just to check it out.

This is more about smartwatches as a platform than whether or not this new Android Wear feature is useful. Before I had the Play Store on my watch, I used just a few apps — maybe Spotify and Facebook Messenger, and occasionally the calendar — and having the Play Store on my watch hasn’t changed those habits at all. Smartwatch apps are still almost useless three years after the platform started becoming widespread, at least if your phone is a pocket away.

Having the “digital crown” on the Style is definitely a step forward for Android Wear usability, but it’s not enough to convince me to peck around and use the mostly-incapable smartwatch apps on my wrist when I could just pull my phone out. The crown is a lot of fun to play with (especially for flicking through the apps list, ironically), but doesn’t really change the fact that tiny screens just aren’t the easiest place to try and send messages or change music tracks.

So what do I use my Watch Style for if I don’t use apps? It’s a watch first and foremost, and that’s how I use it. I find myself tapping on the screen to check the time, and then putting my palm on the screen to hibernate it. Other than that, I use the crown to scroll through my notifications sometimes (usually just to clear them, since I’ve probably already seen them on my phone), and I flick through the app list pretending like I’m the kind of person that uses smartwatch apps.

I’m actually a fan of the Watch Style as a watch; it’s basically the Google Pixel of Android Wear. It has simple and polished software, its performance its definitely up to par, and its outer appearance is basic and boring, but also “classic” and “minimal”. And for that, I can appreciate it. Maybe not for its $250 price tag, but it’s undeniably one of the smoothest Wear watches yet despite its serious lack of features. It’s a notification checker for those that want that.

I just don’t ever use smartwatch apps. Maybe that would be different if I were the kind of person that could somehow ditch their phone and use the LG Watch Sport as an all-day LTE replacement (maybe I’ll be able to do that when I can have that hardware in a tiny package). For now, the addition of the on-watch Play Store just doesn’t do me any good because I never cared for bite-size apps in the first place. And for the other Android Wear watches without LTE, well, the story would probably be about the same for me.

Do you actually use Android Wear apps? If so, which ones?