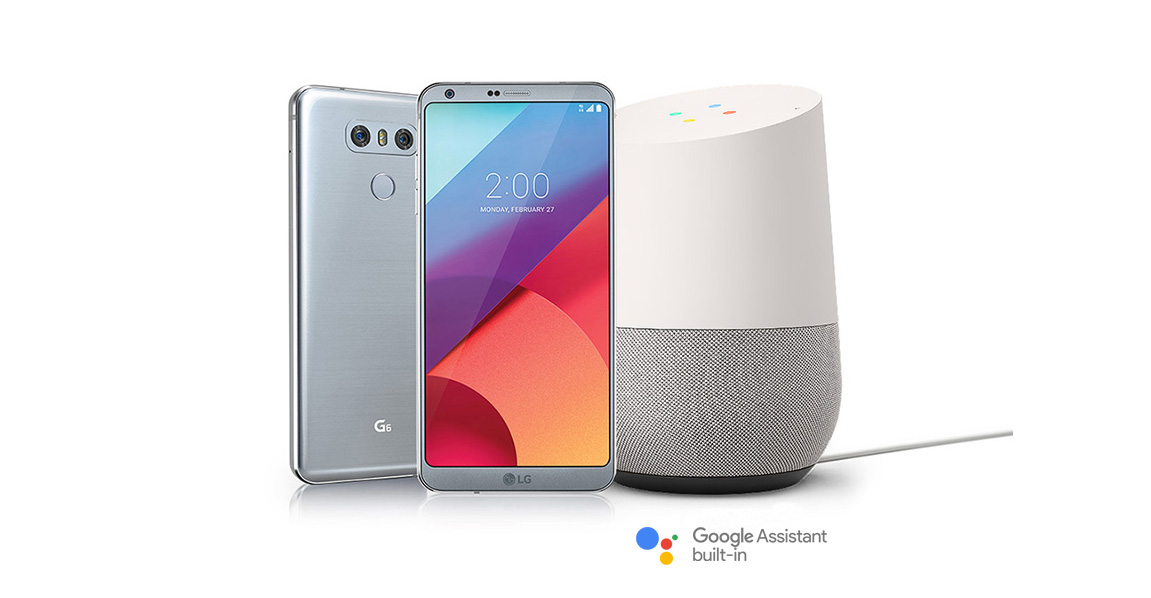 2017 is set to bring us a handful of impressive new flagship phones, and one that we’re excited to see debut sometime soon is the LG G6. Pre-orders have yet to open for the flagship, but LG has just revealed that it will be offering early LG G6 buyers a free Google Home along with their purchase.

The LG G6 was the first phone announced with Google Assistant outside of the Pixel, and although that feature is now available on most Android devices, it’s pretty clear that LG is making it a central selling point of the phone. Assistant on Android and Assistant on Home are similar in functionality too, so it makes sense to offer this up along with the G6.

Currently, LG is accepting pre-registration for more details on this promo, but hasn’t revealed any details on what will be required to take advantage of it. Based on past promos like this, it’s likely that customers will simply need to provide proof of purchase information, then just wait for LG to ship out the Google Home unit.

Considering it costs $129 at retail, a free Google Home is a fantastic perk for early LG G6 owners. However, it begs the question regarding what this phone is going to end up costing. Early conversions from Korean pricing reveal an $800 price tag, but it’s unclear how that will convert to the US.

Hopefully, an affordable price will come along with the phone, making this early-adoption perk even better… Rumors point to LG opening up sales of the LG G6 in the next few weeks.