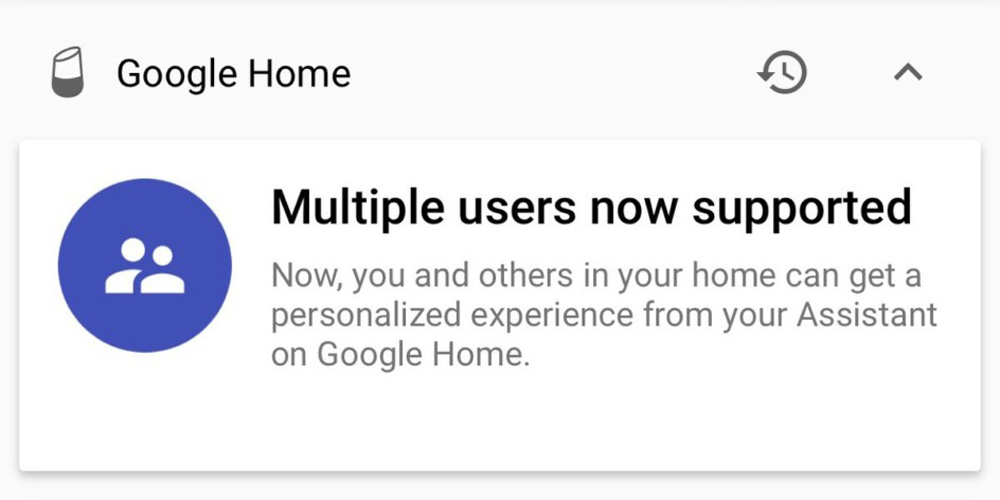 A card spotted in Google’s Home app by tech writer Owen Williams suggests that the connected speaker will soon support multiple users. We’ve since seen the same card ourselves.

It appears that the update was accidentally released early, as there is no other sign of multi-user support beyond a non-functional ‘linked account(s)’ setting, but there is evidence that Google planned this from the start …

The Google account settings page in the support side says that the devices currently supports only a single account, suggesting that this will change later (our emphasis below).

Williams says it’s rumored that the speaker will be able to recognize individual voices in order to automatically switch accounts. This should enable users to select their own music playlists, get information on their own schedules and so on.

TNW notes that the same card is also visible in the iOS version of the app.

We’ve reached out to Google for comment and will update with any response.