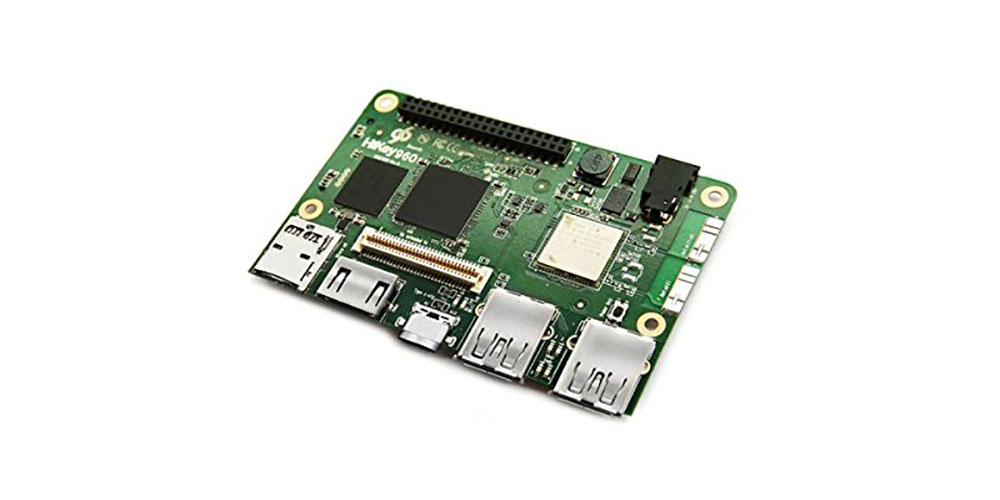 Android is all about flexibility, and the development process can certainly benefit from that. Now, Huawei is making an effort to give developers a chance to use Android at the fastest speeds possible, all in just a small board called the HiKey 960.

This developer board (via NetworkWorld), similar to the uber-popular Raspberry Pi, is stripped down to the components, including things like a processor, RAM, small collection of ports, and that’s about it. While the Pi is your bare bones absolute basic package, the HiKey 960 goes all in on the specs.

The board, produced by LeMaker, includes Huawei’s own Kirin 960 chipset as found in the recent Huawei P10 and Huawei Mate 9. It also ships with 3GB of RAM and 32GB of storage alongside the Mali-G71 GPU. All of that adds up to a super fast Android experience, especially considering this board doesn’t have to push high-res displays or throttle the heat to protect a battery.

Input/output on this board is handled by a collection of ports including HDMI 1.2a, USB-C, microSD, and two full-size USB 3.0 ports. The board also offers up a PCIe m.2 slot and both 40-pin and 60-pin connectors for adding storage or components. The board includes Bluetooth 4.2 and 802.11 b/g/n/ac Wi-Fi out of the box as well. 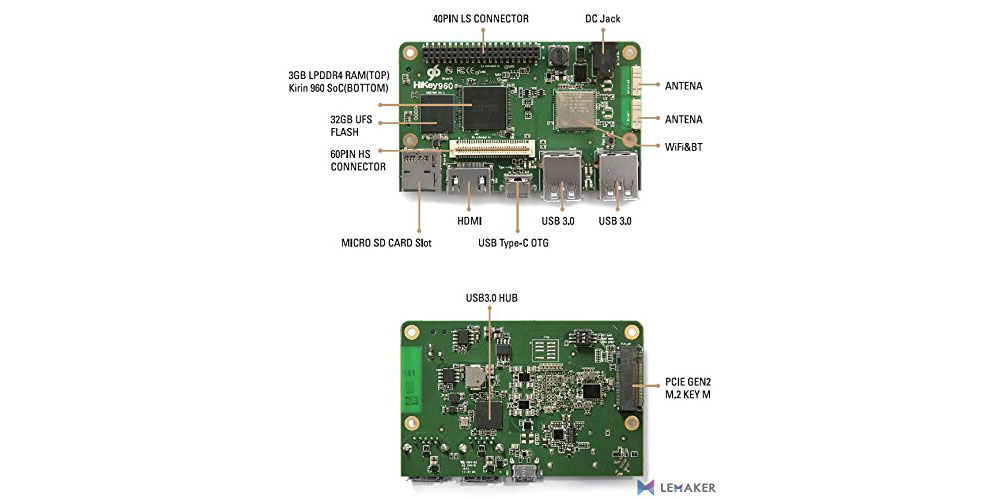 Google, among other companies, has also worked with Huawei on the HiKey 960. You can easily load up Android 7.1 Nougat on the device, as long as you have a good knowledge of the necessary commands. Google has a full list of instructions available on its website.

The HiKey 960 will start shipping in early May to customers in the US, Europe, and Japan. Pricing lands at $239 and US buyers can check out the product on Amazon today.