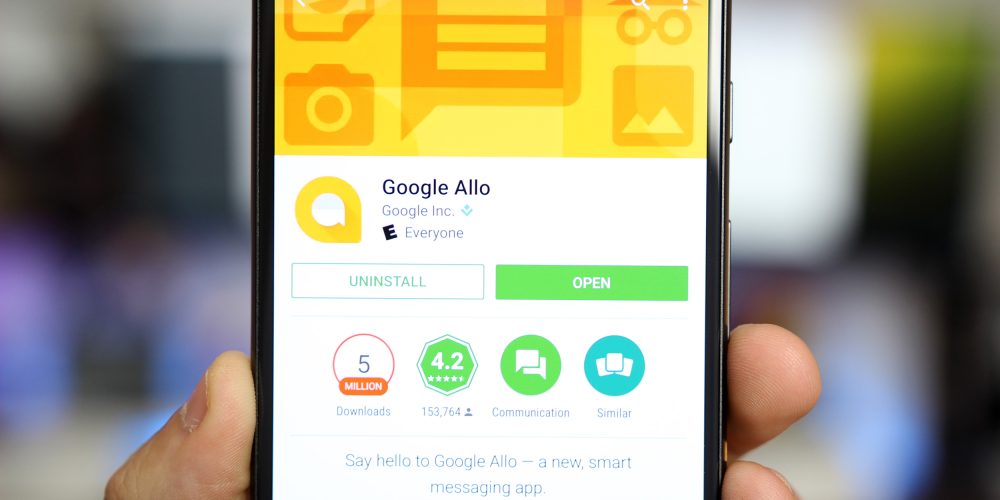 We told you back when Allo 5.0 started rolling out that Google was working on an interesting new custom selfie-generated sticker pack feature. Now, version 10.0 of Allo is rolling out publicly and we’ve managed to enable the feature to see just how it works…

After you choose the option to generate a sticker pack in the app, the first thing you’ll be prompted with is a typical front-facing camera view with a pair of “glasses” to fit your eyes in. From there, you snap a picture, wait a few minutes, and a sticker pack based on your appearance will be generated. As you can see, you can choose to “redo” your pack if you’re not satisfied with the results. Or you can save the pack to us in your chats.

After your sticker pack is generated, though, you also have the option to customize it and tweak it to more perfectly match your own appearance. As you can see below, you can twealk the avatar’s head shape, hair, eyes, facial features, and facial hair. You’ll find the new sticker pack, “inspired” by you, in the same list you find your other stickers packs. And you can use the stickers in chats as usual.

While yes, this is another less-than-functionally-compelling new addition to Google Allo, you have to admit it’s a pretty interesting feature. And while it might not add many new users to an app that’s almost a year old and still struggling to gain momentum, it is just plain fun.