Google Calendar for mobile has changed a lot in the past couple of years, but the desktop version hasn’t kept up. Instead, it’s been left in the dark ages of Google design, lacking any traces of Material Design or any of Google’s other recent design trends. Now, we’re finding out that Google has plans to change this sometime this year.

During Google’s Cloud NEXT 2017, the company showed off a product roadmap that revealed some of Google’s plans for various G Suite products over the course of the year. For Q2 and Q3 of 2017, that includes a handful of somewhat minor changes for Google Keep, Gmail, and various Google Drive products. The more interesting tidbit, though, comes in Q4 with Google Calendar.

As spotted by Android Police, Google mentions that it’s working on bringing some big changes to the service on the web, spearheaded by a brand new design on the desktop. This will presumably somewhat resemble what the company has released on mobile devices such as tablets, the iPad app being a good example of what we may see. 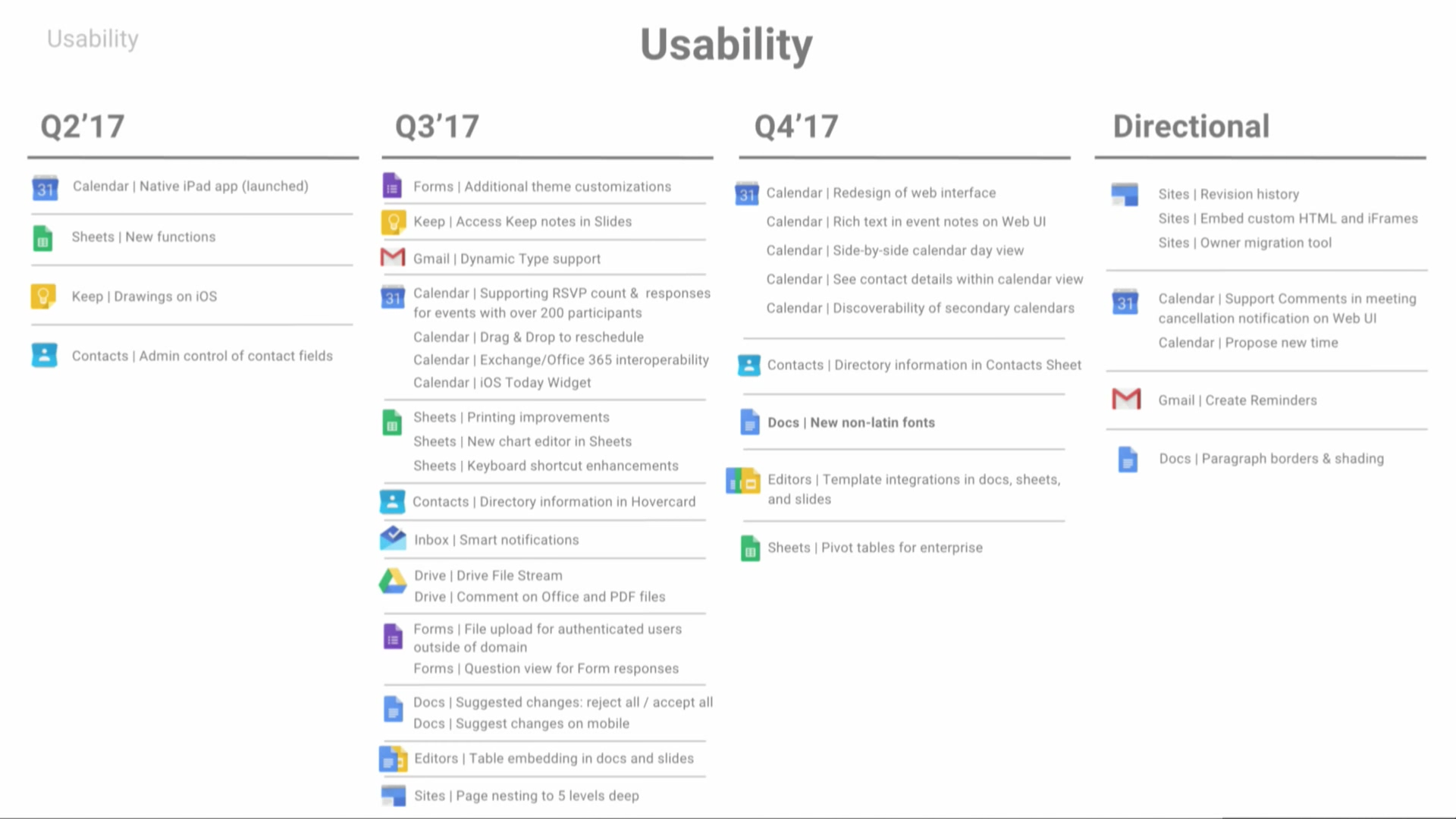 In the roadmap, Google states that some of the features coming to Google Calendar include rich text in event notes on the web, a side-by-side calendar day view, contact details in the calendar, and “discoverability” of secondary calendars.

Obviously, there’s quite a bit of time between now and when this design will hit, but it’s great to know that the changes are coming, as they’re long overdue. You can see Google go over the product roadmap in the livestream below.