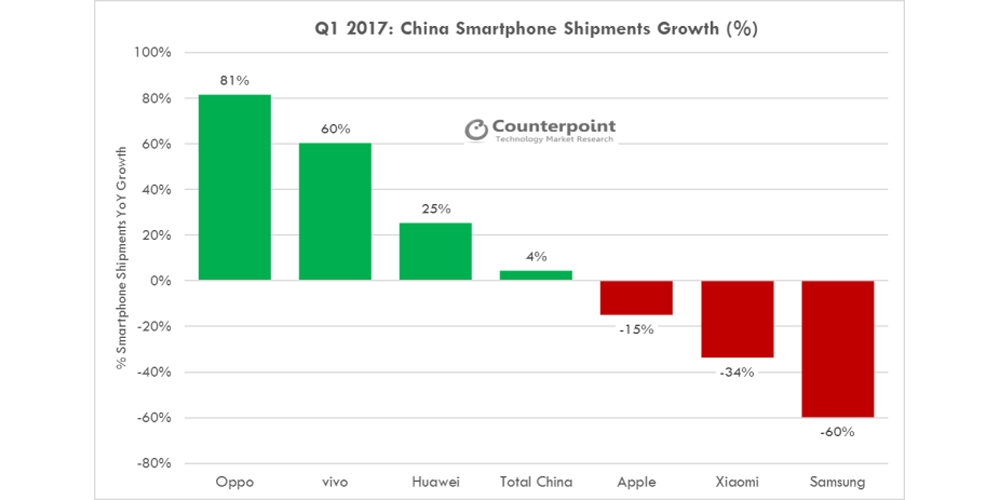 Samsung smartphone shipments fell by 60% year-on-year in China during the first quarter of the year according to Counterpoint Research data. The company saw its market share in the country slashed from 8.6% in Q1 2016 to 3.3% Q1 2017.

Oppo saw its shipments soar by 81%, Vivo by 60% and Huawei by 25%. Two other brands did also see their share fall, though less dramatically. Apple suffered a 15% drop, while Xiaomi’s shipments fell by 34%.

Apple’s slump isn’t surprising given that it doesn’t compete in mid-tier handsets, where growth was fastest, but Samsung’s mid-priced models also lost out to local brands.

Within the premium price tier, Samsung has only one slot, for the S7 Edge, while Apple dominates the top slots.