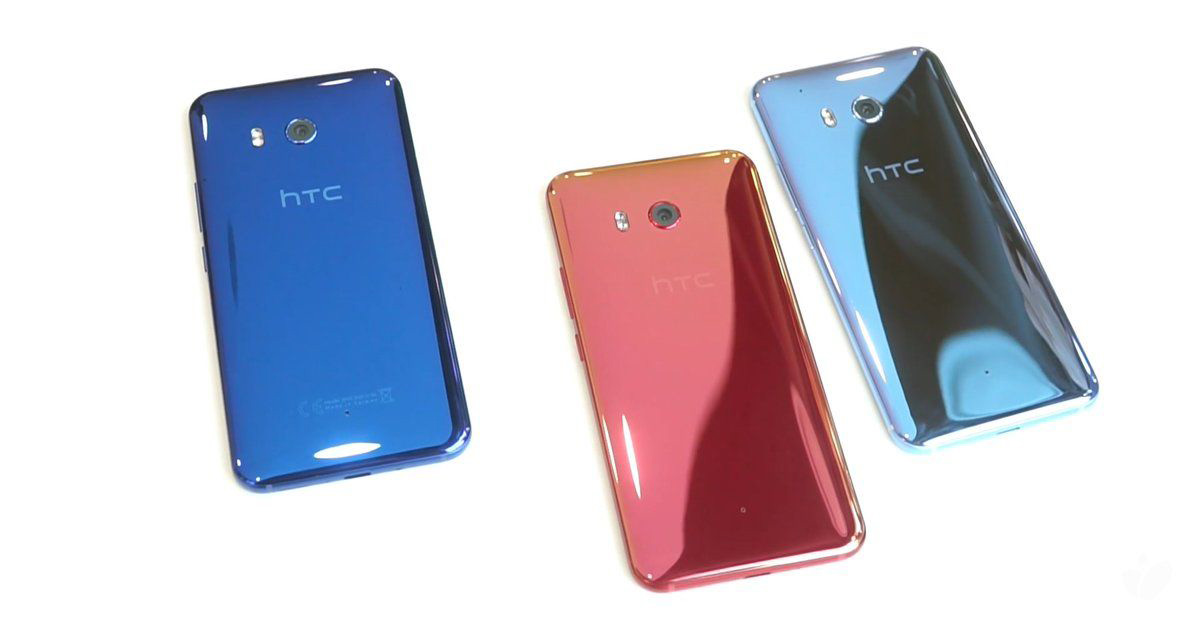 HTC released an excellent smartphone last year in the HTC 10, so we were disappointed later in the year when that was followed up by the U Ultra. Reviews of the latter were largely negative, mainly due to the high cost and poor use of the space available. Now, HTC is preparing another new smartphone launch, the HTC U 11, and most of the details have just come out in a pretty huge leak.

In a since-deleted video (mirrored below via Reddit), we see a hands-on with the upcoming device, presumably at a press briefing overseas. From the outside, the phone looks nearly identical to that of the HTC U Ultra, with a super-glossy mirror finish on the back in multiple colors. Aside from the Ultra’s Blue, White, and Black, HTC has added Red and an “Aqua” shade.

The phone also drops the 3.5mm headphone jack, leaving only USB-C for charging, data, and audio. Unlike the Ultra, though, this phone appears to include an adapter for using wired headphones in the box. Thanks to a translation, we also get further confirmation on some of the specifications. Those include the Snapdragon 835 chipset and IP57 dust/water resistance. The video mentions 6GB of RAM, but that’s apparently only for the Chinese markets, with other regions getting 4GB.

The video further revealed that the phone will offer a 12MP rear camera and 18MP front camera, as well as Boomsound, although it’s unclear if this device will have a stereo setup like the HTC 10 did.

Obviously, HTC’s big feature on the U 11 is “Edge Sense,” which is highlighted quite a bit in this video. As previously reported, this feature can sense how much force is being applied to the metal frame of the phone via a squeeze. From there, the phone can perform a number of actions. Those include triggering a phone in the camera and opening apps and custom actions. In the video, we see the user demo both opening Google Chrome and Google Assistant with a squeeze. It also appears that this action’s sensitivity can be adjusted in the settings. 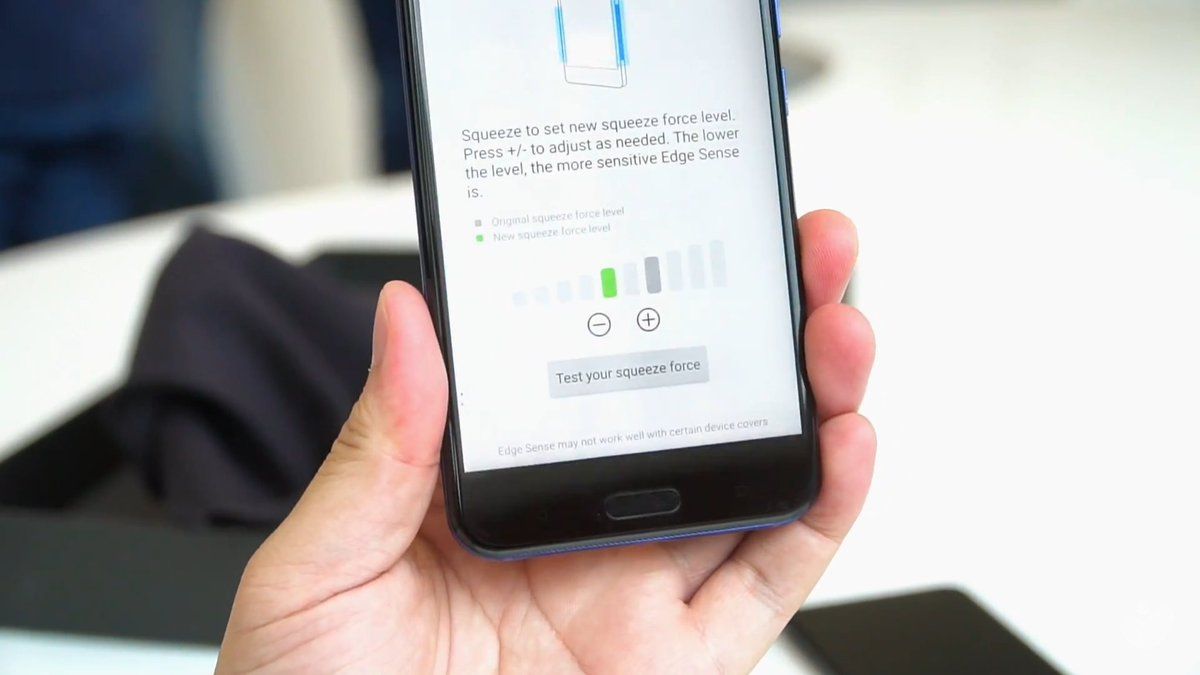 HTC is rumored to officially announce the U 11 tomorrow, May 16th, but it’s unclear when the company plans to put the device up for sale, or what price it will ask.