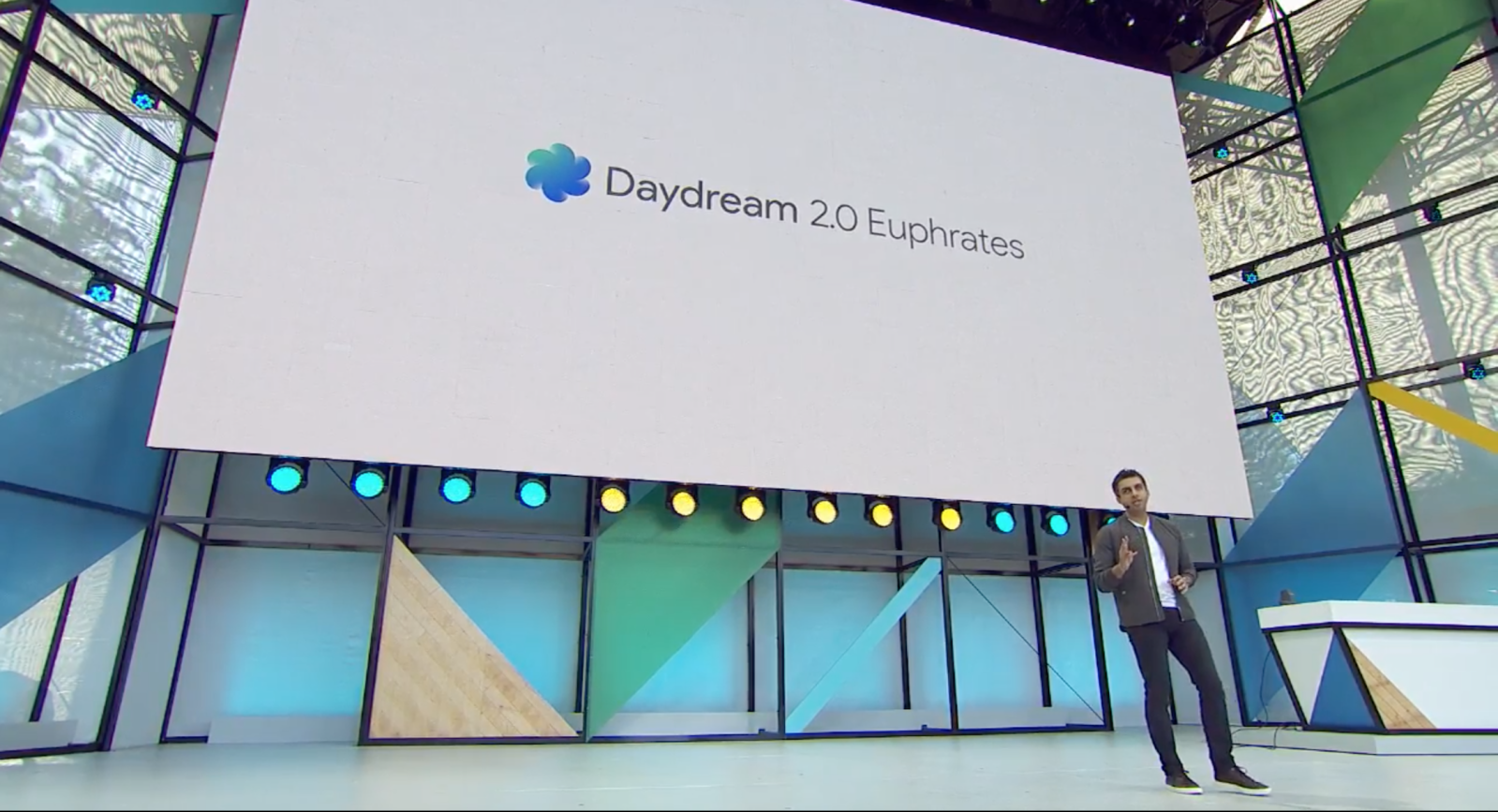 During a keynote focused on VR and AR at day 2 of I/O 2017, Google announced Daydream 2.0, a major update slated for later this year. Codenamed Euphrates, there is a focus on easier sharing, improved interface, and Chrome.

Chrome in Daydream is rather straightforward and will allow users to browse the web while in virtual reality with a Daydream controller. Additionally, users can also access WebVR content, with full Chrome Sync capabilities so that all your bookmarks will be present.

To improve the user interface, Google is adding a new dashboard in virtual reality that adds quick access to settings (like switching Wi-Fi networks) and notifications. Additionally, users can also switch apps from this new interface.

One of these new controls will allow users to quickly capture screenshots and video screen capture. The latter can be streamed to Google Cast devices and allows others to see what you’re viewing in VR.

Another new feature will allow users to watch YouTube videos in VR with other people, and share the experience in the same virtual space.

Euphrates will be available on all current Daydream devices later this year, including the Galaxy S8 and S8+ and LG’s upcoming flagship device.