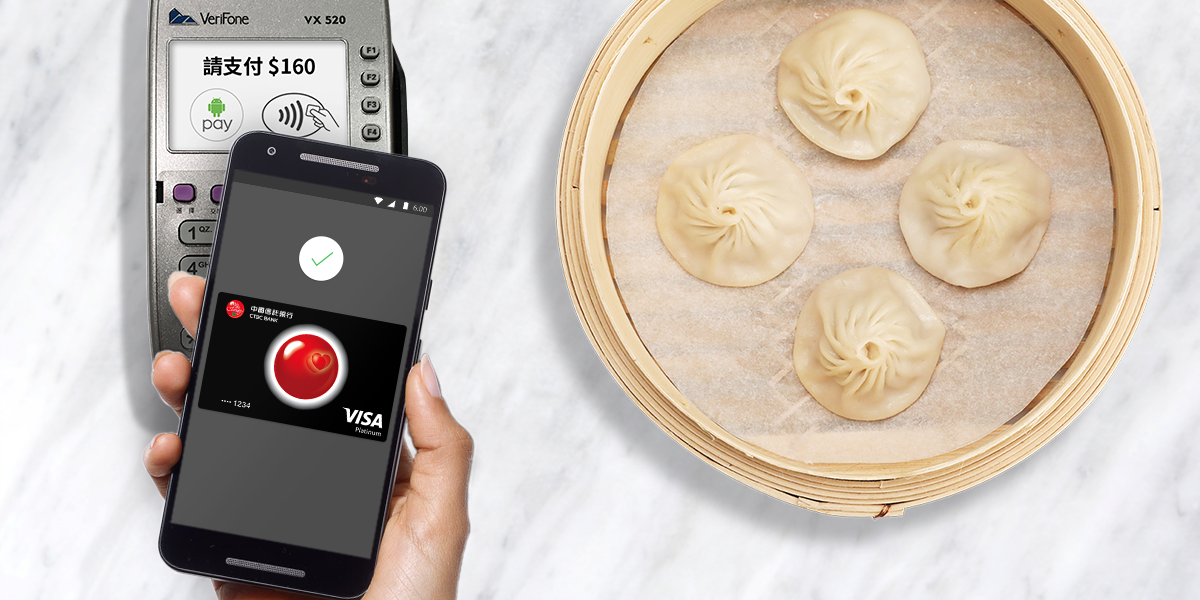 Following Russia last week and Canada just yesterday, Android Pay is on a roll with its international rollout. Now in its 13th country, Google’s mobile payment service is going live in Taiwan with support from some local shops, applications, and bank partners.

Unlike with recent launches, Google does not specifically cite how many retailers in Taiwan will support Android Pay right away. Notable shops include Starbucks, along with PX Mart, Carrefour, and Watsons. They note “businesses across that already have contactless terminals don’t need to do anything else to start accepting Android Pay in their stores.”

The Taiwan launch will bring compatibility with numerous third-party apps that support payment via Android Pay, like Watsons, CrazyMike, and several others that are coming soon.

Over the next several days, Android Pay will begin rolling out support for MasterCard and Visa credit cards. However, there are only two supported banks — CTBC and First Bank at launch — with EnTie Bank, Hua Nan Bank, and Shin Kong Bank coming soon.

Android Pay requires an NFC-enabled device running Android 4.4 KitKat or above, with the app now available in the Play Store.