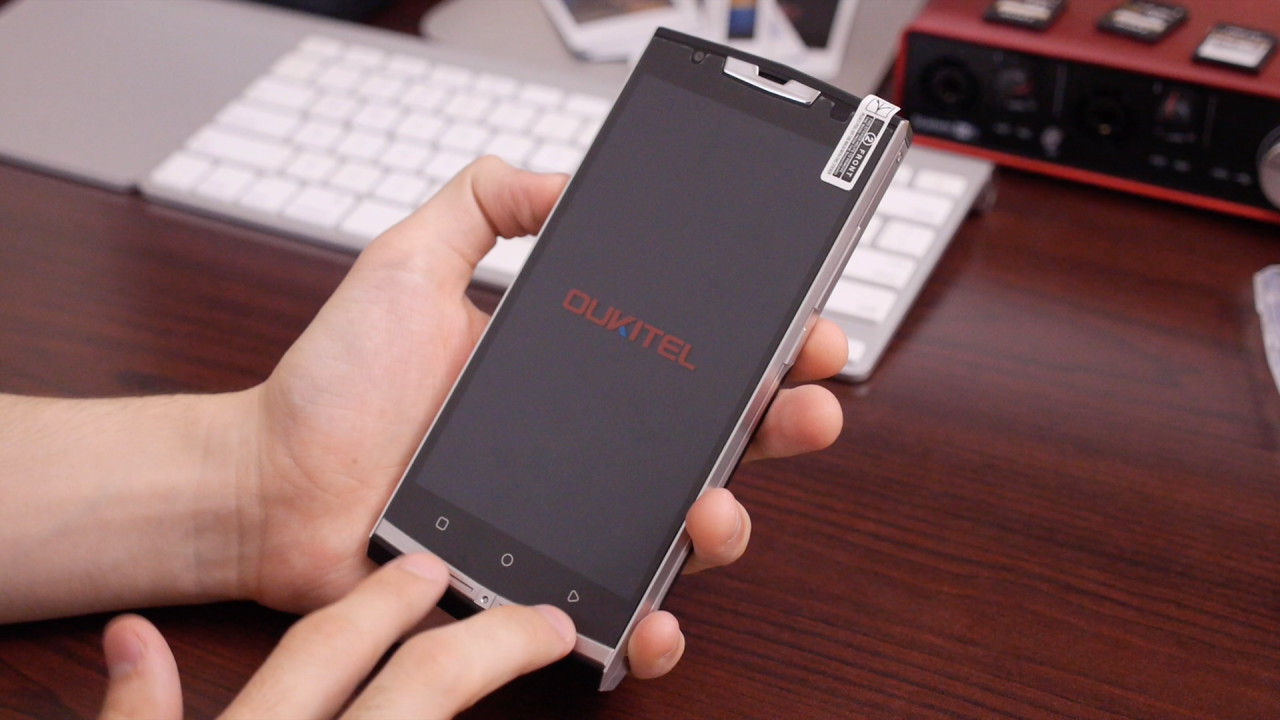 As other OEMs duke it out to see who can make the slimmest phone with the best camera, Oukitel is focusing on something else with the K10000 Pro: battery life. It’s one of the thickest, heaviest phones we’ve ever seen, but the K10000 Pro is named after its 10,000 mAh (or more simply, 10 amp) battery sealed inside. We’ve only just unboxed it, so real life endurance is yet to be seen — a big battery doesn’t necessarily translate to obscene longevity without proper software optimization.

The box the K10000 Pro comes in is equally massive, with a myriad of accessories included. The phone itself comes with a screen protector and case preinstalled, and along with it are a leather (or at least faux-leather) pouch, charger and cable, OTG adapter, and extra screen protector. Having so many additional items included with the phone certainly helps sweeten the deal, but what I’m most interested in seeing is how long exactly can such a gargantuan battery last — after all, most of my portable battery packs barely pass 10,000 mAh.

It’s not just a gimmick device, though; the K10000 Pro is actually well-built, with a sturdy metal frame that feels like it could survive a drop from a plane. The fingerprint sensor is a little high up the back of the phone, but it still feels natural to reach with my index finger. My biggest initial disappointment is the microUSB port, but at least the included 12V/2A charger can fully recharge the massive battery in about three hours (at least according to Oukitel; we’ll have to see for ourselves).

My plan for the K10000 Pro is to start with a complete charge and go about my normal day(s) without plugging it in at any point to see how long it lasts, checking for screen-on time, standby, and so on. Of course, I’ll be testing other aspects like the power and camera performance as well, and see if it’s actually worth buying over a more popular phone and a portable battery pack. Check back for conclusive results in the full review, coming soon!