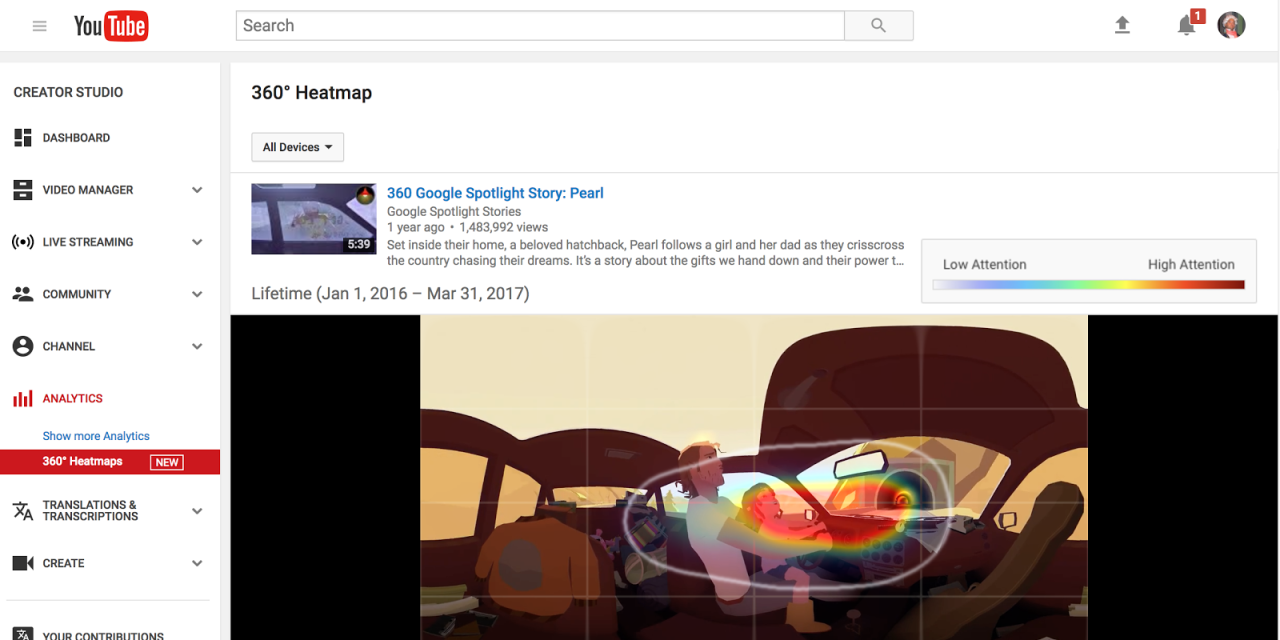 Virtual reality is incredibly important and YouTube has been doubling down over the past year to ensure that it is the premier platform for the format. The latest update for creators adds heatmaps to see how viewers are interacting with 360-degree and VR videos.

This tool is specifically designed to provide creators with insight into how viewers are engaging with content. Specifically, they will be able to see what parts of a video are “catching a viewer’s attention and how long they’re looking.”

Under Analytics in the Creator Studio there is a new “360° Heatmaps” section. Here creators can watch a flattened version of their video with an overlay that highlights low to high attention areas. These heatmaps are only available for videos that have over 1,000 views.

As part of their work in VR, YouTube also shared some research on what makes engaging 360-degree content. Of note, they provide statistics, as well as highlight how users have different behaviors depending on the device, like Cardboard.