Review: Moto E4 nails the basics for customers on a tight budget [Video] 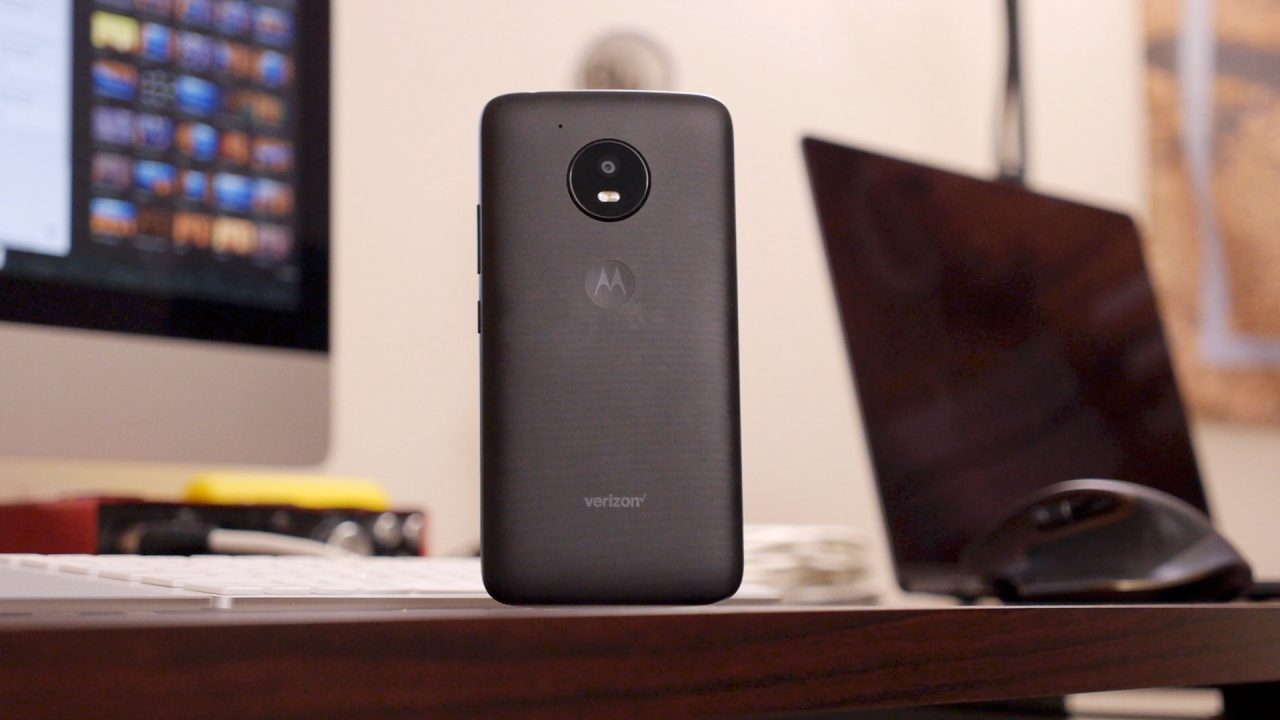 Motorola has had a tight grip on the budget phone space for years. The original Moto G launched a trend of affordable smartphones that still offered solid features and performance, and that eventually expanded to the Moto E series.

The Moto E4 is the company’s latest affordable smartphone, coming in at less than half the cost of the Moto G5 Plus. Past versions of the Moto E have too closely trodden the line between cost and performance, but this time Motorola might have gotten it just right.

The Moto E4 is built about as well as I could ask for, given the price. It’s largely made of plastic with a metal frame inside, so it feels sturdy and well put together. Around the sides of the phone are a standard array of ports and buttons; power and volume keys on the right-hand side, and microUSB and a headphone jack along the bottom. Inside, there’s 16GB of internal storage expandable by up to 128 GB via microSD, and 2GB of RAM for multitasking.

Despite the phone’s solid construction, the power and volume buttons are pretty mushy. Luckily they’re a part of the removable back plate rather than the phone itself, so it’s possible that the buttons could be improved and replaced in the future. Speaking of the removable back, it’s grippy and offers access to the nanoSIM and microSD slots, as well as the removable 2800 mAh battery.

As far as in-hand feel goes, the Moto E4 is comfortable with smooth, rounded corners and a fairly small footprint, despite still carrying a respectably large 5” screen — that’s an LCD panel with surprisingly good viewing angles, color reproduction, and touch response. Thanks to its size, the 720p resolution looks respectably sharp as well, and puts much less strain on the phone’s processor and battery life. 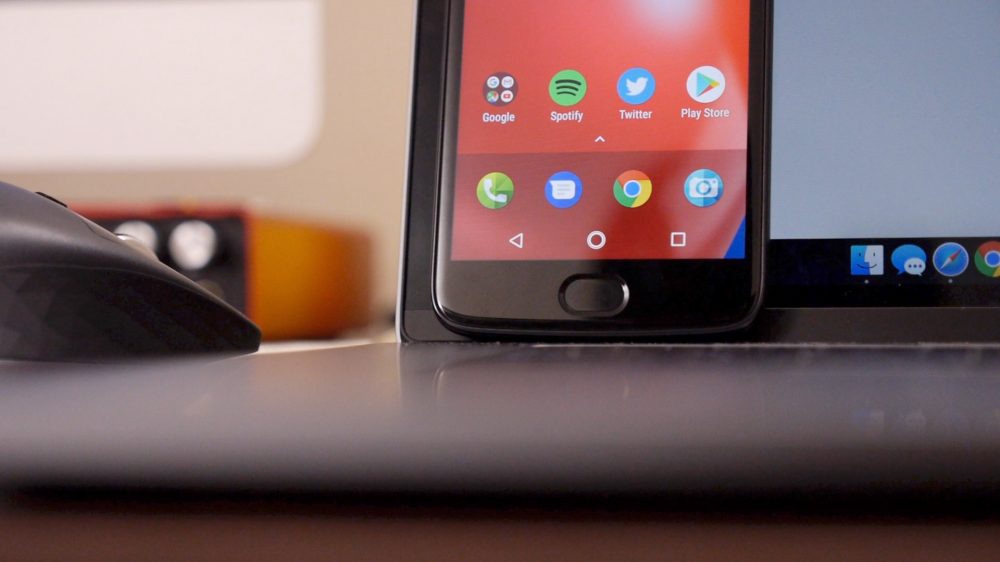 That processor varies depending on which carrier variant of the Moto E4 you buy. Most versions, like my Verizon review unit, have the Snapdragon 425 chipset, but the Sprint Moto E4 instead uses the Snapdragon 427. Both versions share the same 1.4 GHz top clockspeed and Adreno 308 GPU. though.

Like most other budget smartphones, features like NFC and wireless charging are absent on the Moto E4, but it still carries a decent amount of hardware amenities like Bluetooth 4.1, fast charging, and a splash-proof coating (though don’t confuse that for full-blown water resistance). The Moto E4 even has a fingerprint sensor with a quick readout and the ability to act as a gesture trackpad.

Motorola has been doing a great job over the last few years of letting Android just be Android. Rather than trying to create its own ecosystem of apps and services, the Moto E4 embraces a very clean and close-to-stock version of Android 7.1 Nougat. There were a few pre-installed carrier apps on my Verizon unit (I understand the Verizon account management apps, but I was a bit annoyed that I couldn’t uninstall NFL from my phone), but the Moto E4 otherwise feels a lot like a Nexus on a budget. Like a Nexus or Pixel, the Moto E4 has direct Google Now integration, with your personal feed sitting just a swipe away from the home screen. 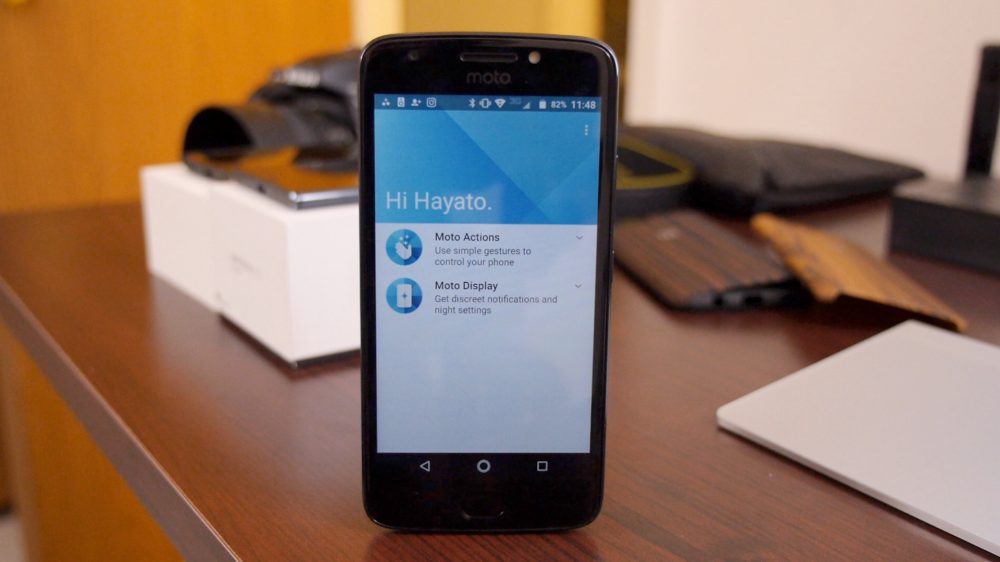 I’ve come to expect a clean software overlay on Moto phones these days, but I wasn’t expecting the performance I got out of the Moto E4. It’s unbelievably fast and fluid, outpacing a lot of phones that cost twice as much when it comes to scrolling through menus and home screens. With only 2 GB RAM, it’s not quite as eager to jump between idle apps, but it still takes quite a bit more effort to trip the phone up than I would’ve expected.

Of course, it wouldn’t be a Moto phone without the Moto app, but I was a bit disappointed at the lack of features usually present in the app on other Moto devices. Moto Display is still around to show notifications without having to unlock the phone, but the Moto Actions tab has ditched some of my favorite features. You can enable gestures to shrink the display for one-handed use or operate the phone fully with the fingerprint sensor, but the Moto E4 doesn’t support the double-twist camera launch gesture, or the double-chop flashlight gesture. The motions sound a little silly at first, but any long time Motorola user will sing the praises of their added convenience. 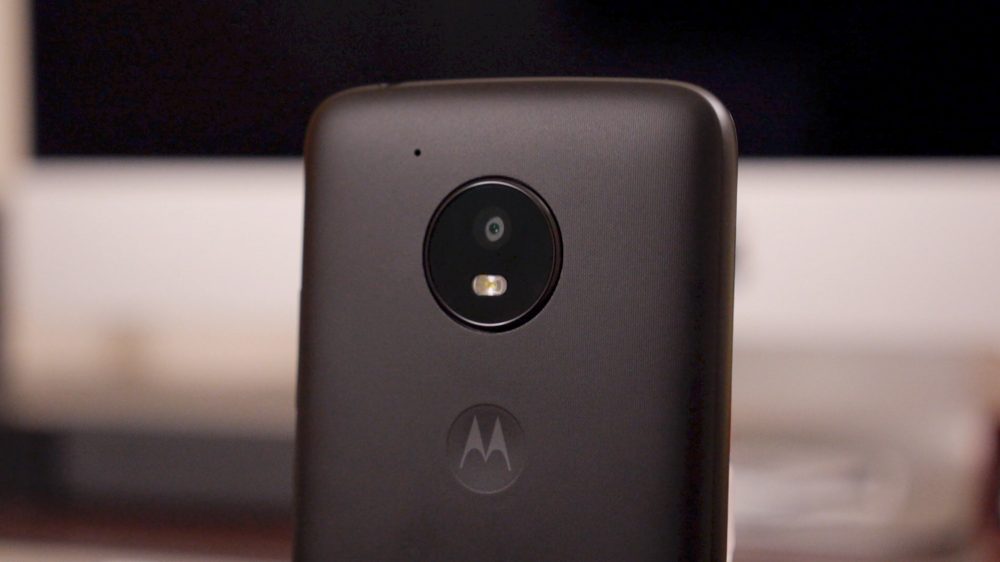 The camera experience is another area where the Moto E4 pleasantly surprised me … for the most part. The 8 MP primary sensor features a four-piece composite lens and LED flash, and in broad daylight it produces pretty good-looking photos. Colors are vibrant, and it’s very quick to adjust to changes in lighting. Like the Moto G5 Plus we’ve reviewed before, the Moto E4 has a strong tendency to oversharpen photos, but it’s definitely not bad enough to ruin the images altogether.

Low light performance is definitely less impressive, but that’s to be expected of an inexpensive phone with an inexpensive sensor. The same could be said of the 5 MP front-facing camera, which produces soft images without much light intake, but on the bright side (pun definitely intended), there’s an LED flash for the front camera as well, so selfies with your friends late at night won’t be a problem.

With a 2800 mAh battery, you might not expect great endurance out of the Moto E4, but thanks to a power-efficient processor and low-resolution screen, it manages to last all day and then some. This isn’t a phone meant for carrying out demanding tasks and playing high-end titles, but even if you decide to kill an hour or two with some mobile games, you’ll likely still end the day with some juice to spare.

Again, there’s no support for wireless charging, but the Moto E4 can be quickly recharged with the included 5W rapid charger (10W for the Verizon model). My only complaint is Motorola’s insistence on using microUSB rather than USB-C. Maybe someday. 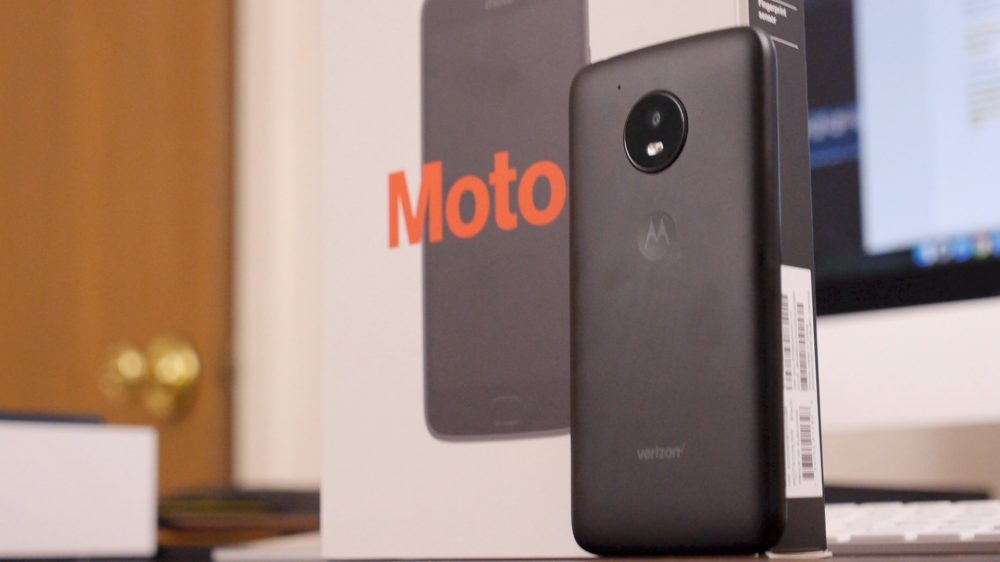 If the Moto G5 Plus was a great deal, the Moto E4 at less than half the cost is an absolute steal. Launching on Verizon today for just $129.99 outright (even cheaper on a prepaid plan!), it brings speedy performance, great battery life, and satisfying cameras to a price point that I never would’ve thought could offer such features. If you’re stuck on a tight budget or just don’t want to spend hundreds of dollars on a cell phone, the Moto E4 should be the only phone on your radar for under $150.

Though it’s initially launching as a Verizon store exclusive, the Moto E4 will make its way to various other retailers on June 30. In July, it’ll reach other carriers as well, including Sprint, MetroPCS, Boost Mobile, Ting, and more, though exact pricing with each carrier is still to be determined.