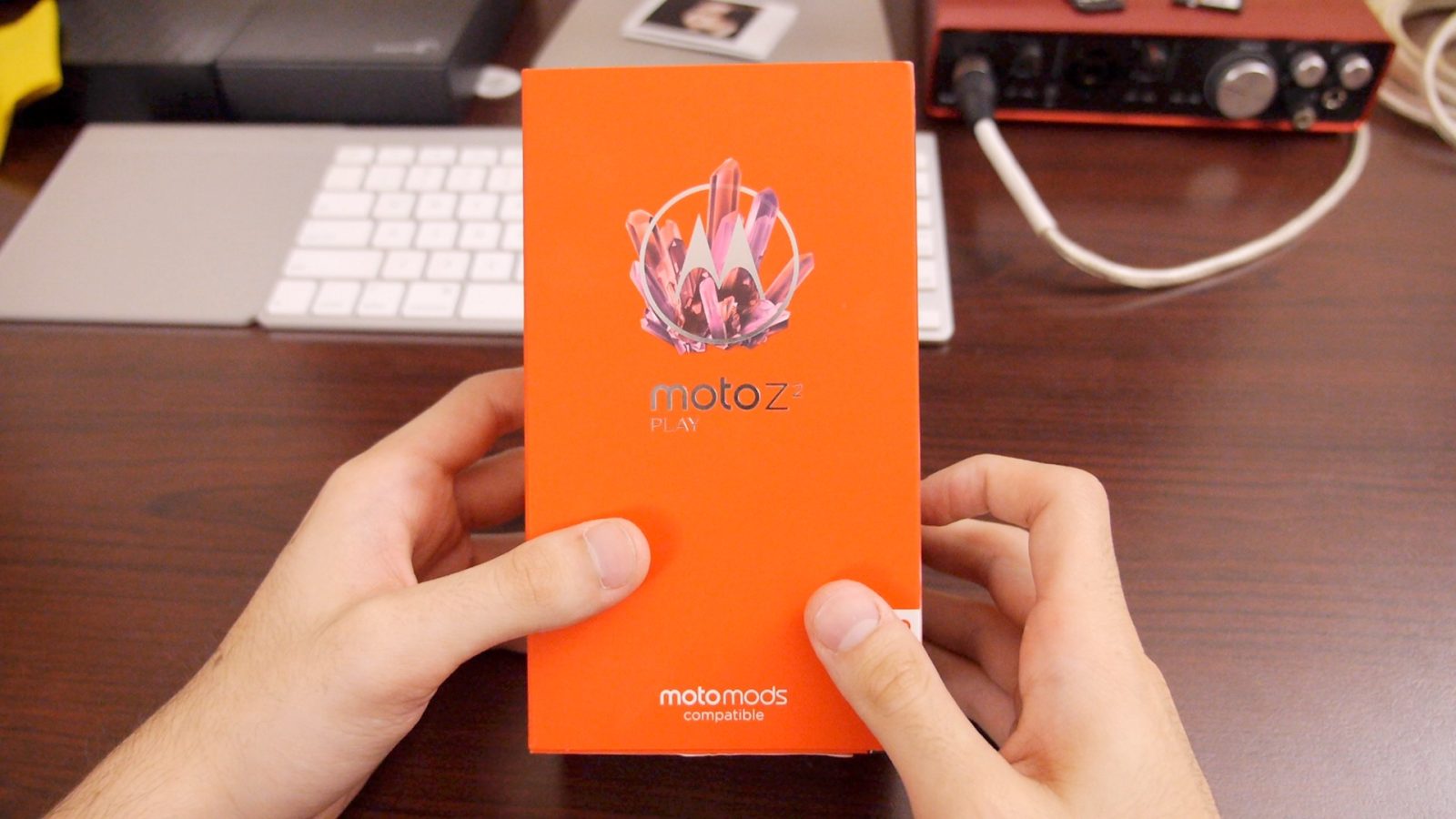 The Moto Z2 Play just arrived at my doorstep, and it came with a couple of new Moto Mods. The original Z Play was celebrated for its excellent battery life and good performance for the price. A lot of people are worried about the smaller battery in the new model, but I’m hopeful that better software optimization will still offer similar performance.

One of the Moto Mods I received with the Z2 Play is the new JBL SoundBoost 2 ($79.99). It’s a large speaker that snaps onto the back of the phone and makes for a much louder, better-sounding audio experience than the otherwise disappointing built-in speaker. Though the SoundBoost 2 isn’t fully waterproof, it’s at least splash resistant to protect it from rain and light spills, and the kickstand props up the Z2 Play nicely.

I already have the TurboPower Pack ($79.99), which adds a 3490 mAh additional battery to the back of the phone. Combined with the sealed 3000 mAh pack, this gives the Z2 Play a whopping total 6490 mAh capacity, which I suspect will last at least two days per charge with even heavy usage — though conclusive results will have to wait for the phone’s full review.

There’s also a new Style Shell ($39.99) that, along with adding an aesthetic touch, brings wireless charging to the Moto Z2 Play or other compatible Moto devices, and a GamePad Mod ($79.99) that’ll come later this summer.

The Moto Z2 Play itself is extremely thin at 6mm and very well-built. The design is a bit more modern than the previous model and fits the look of the Moto G5 Plus and Moto E4. The Snapdragon 626 processor adds a bit more power to the Z2 Play than its predecessor, and its USB-C port now supports USB 3.1.

The Moto Z2 Play is launching today as a Verizon exclusive in the US, available for $408, but an unlocked variant will ship later this summer for $499.