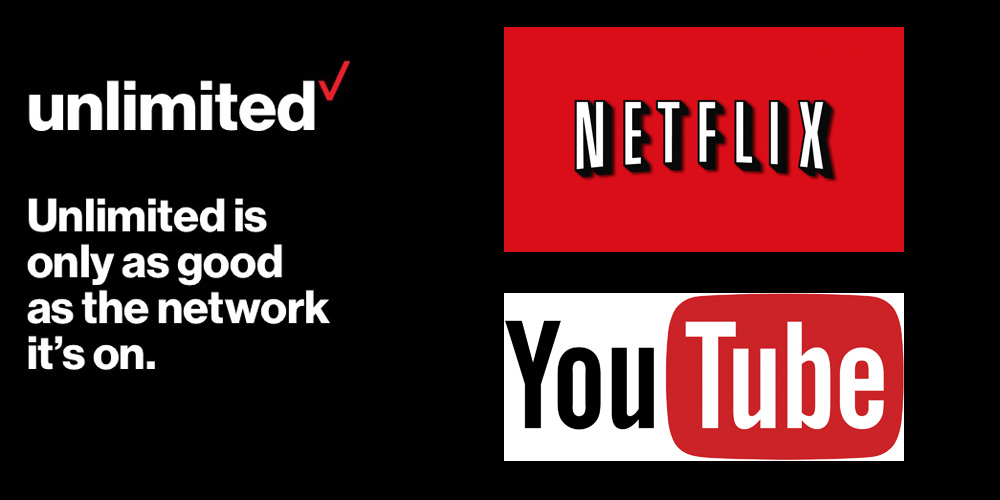 Recently, user /u/iBen95111 has brought to our attention that Verizon may be manipulating user’s speeds when using streaming services such as Netflix and YouTube.

Speed tests carried out by Verizon Wireless users seem to confirm, with around 10Mbps seen on fast.com (Netflix servers) while substantially higher speeds are seen on other servers.

I’m on gUDP 5am in a non saturated market and can confirm findings. 11megabit down on Fast.com, 87Mb down with Speedtest app.

Just to reiterate what we discussed in the original post – fast.com (Netflix servers) shows a consistent ~10-12 Mbps speed test compared to ookla speedtest. YouTube has the same issue of being capped to 10-12 Mbps, and you can see this through the ‘stats for nerds’ page. This is consistent throughout multiple tests, restarts, cell sites and people giving feedback.

10Mbps is enough for 1080p streaming, but not for anything better than this.

Verizon’s FAQ on its unlimited plan has this to say about throttling:

What happens after I use 22GB of data? Most of the time customers will enjoy the same great network experience once they exceed 22GB during a billing cycle. If you’ve already used 22GB on a particular line during your current billing cycle and you’re on a cell site that is congested at that moment, your download may be temporarily queued behind other Verizon Wireless customers, which may result in slightly slower download speeds.

In other words, you shouldn’t be throttled at all until you hit 22GB, and even then only when a cell site is congested, and even then only ‘slightly.’ Offering a two-speed Internet, where some services get faster speeds than others, is precisely what net neutrality is designed to prevent.

Users are, however, reporting that using a VPN does get around a cap – which is what you’d expect, given that VPN usage means Verizon has no way to know which sites you are accessing.

We’ve reached out to Verizon for comment, and will update with any response.