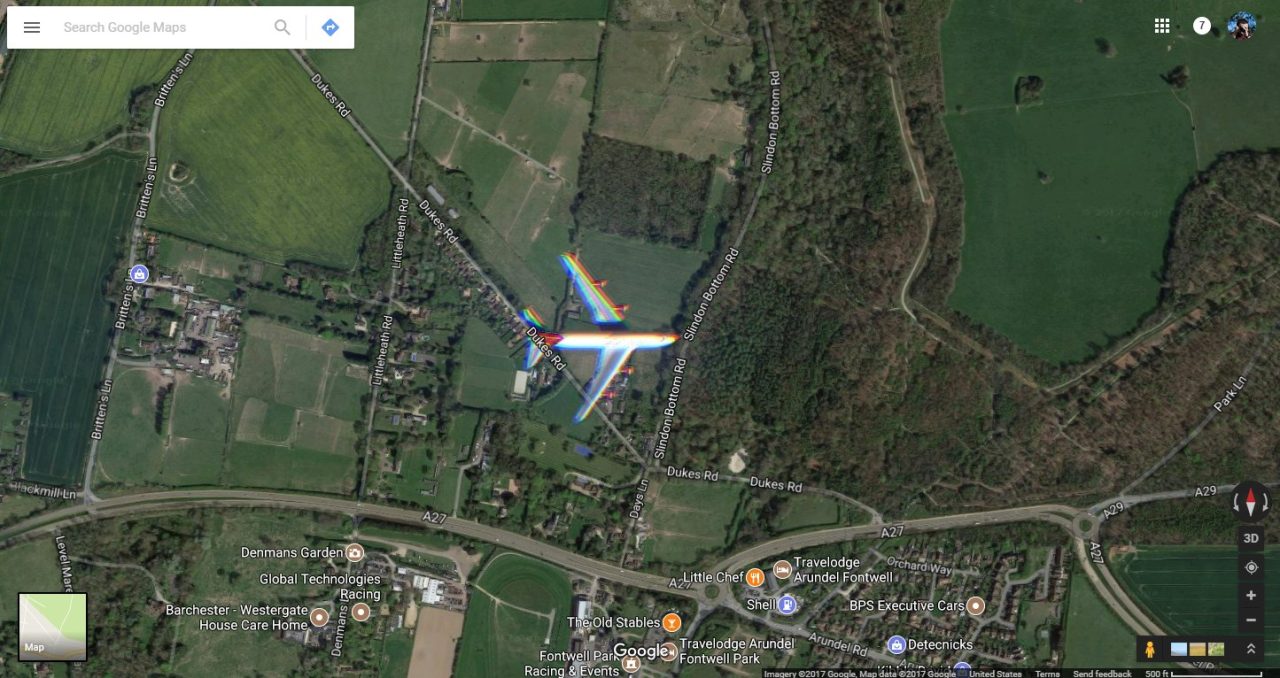 Google Maps can pick up some interesting things between satellite and street view imagery, and we also know that Google does a bit of its own cleanup on it to provide the most clear views possible and make sure things like the faces and other private information isn’t made available to the world.

It’s definitely not the first cool thing that someone has found in Earth imagery, but the latest gold nugget is a shot of what appears to be a British airliner in mid-flight…

It’s not often you see an airplane in flight from the top. Leequin over on Reddit noticed in the Google Maps app a section in England, not too far south of London, where Maps picked up an airliner in mid-flight. The Virgin Atlantic flight was passing over Dukes Rd off of the A27 when Maps snapped the shot.

If you’re wondering why the plane has various colors across it, it’s possibly due to a phenomenon known as chromatic aberration which, in this case, is likely caused by the height of the plane from the ground, as well as the difference in color between the plane and the backdrop of earth.

The mid-flight plane can be seen on Google Maps by switching to satellite view and going to 50°51’34.4″N 0°39’12.3″W. Alternatively, you can easily visit this link, or just check out the embed down below.