SMS notifications could be coming to Chrome OS soon 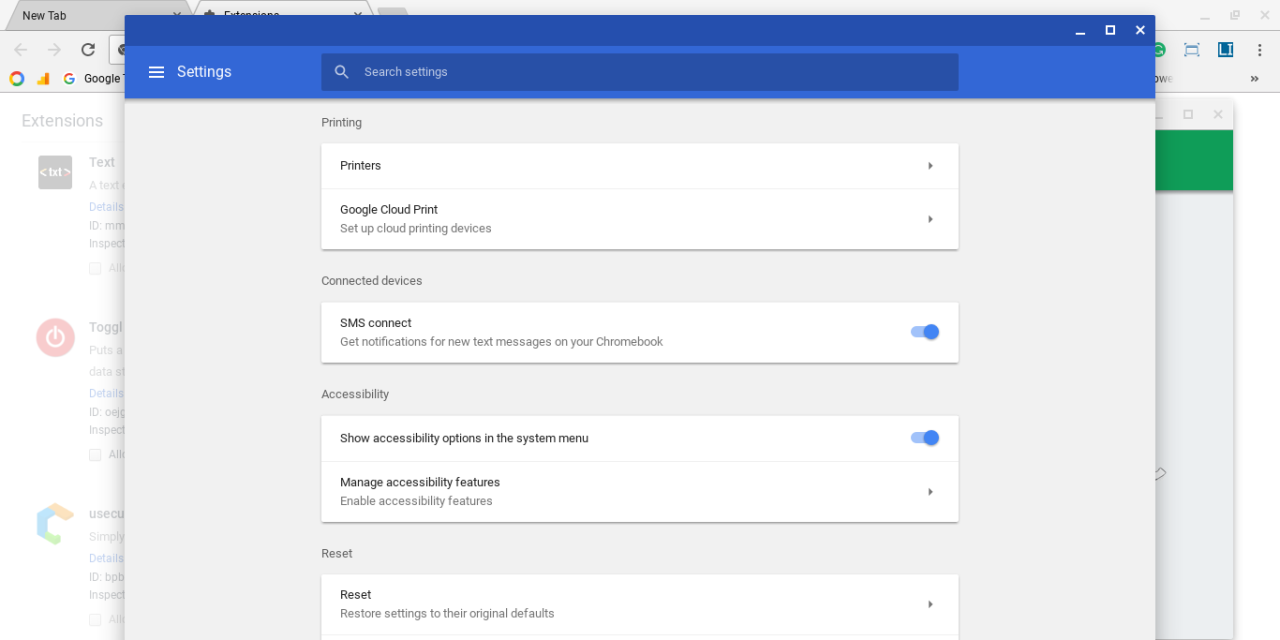 Leading up to the release of the upcoming “Eve” Chromebook being developed by Google, we have seen hints of new features in the works. This has included an updated function bar and even the inclusion of the Google Assistant. The latest feature that appears to be coming is the ability to receive SMS notifications…

ChromeUnboxed received the above screenshot from a reader. The image, taken from a Samsung Chromebook Plus running the latest developer build of Chrome OS, found an unfamiliar toggle within the settings menu.

This new toggle was placed under a new “Connected devices” subheader. The toggle itself is labeled as “SMS connect” with a description that reads “[g]et notifications for new text messages on your Chromebook.” After doing some digging, ChromeUnboxed was able to find the following flag that enables the toggle:

So how will Chromebooks gain the ability to receive text message notifications? That is not quite clear. My best guess is that when Assistant is officially brought to Chrome OS, Google will introduce a feature that forwards SMS notifications from your smartphone to your laptop. From this year’s I/O, we know that Google Home will soon be able to place phone calls so the ability to forward a notification from a smartphone to a Chromebook both tied to the same Google account shouldn’t be that difficult.