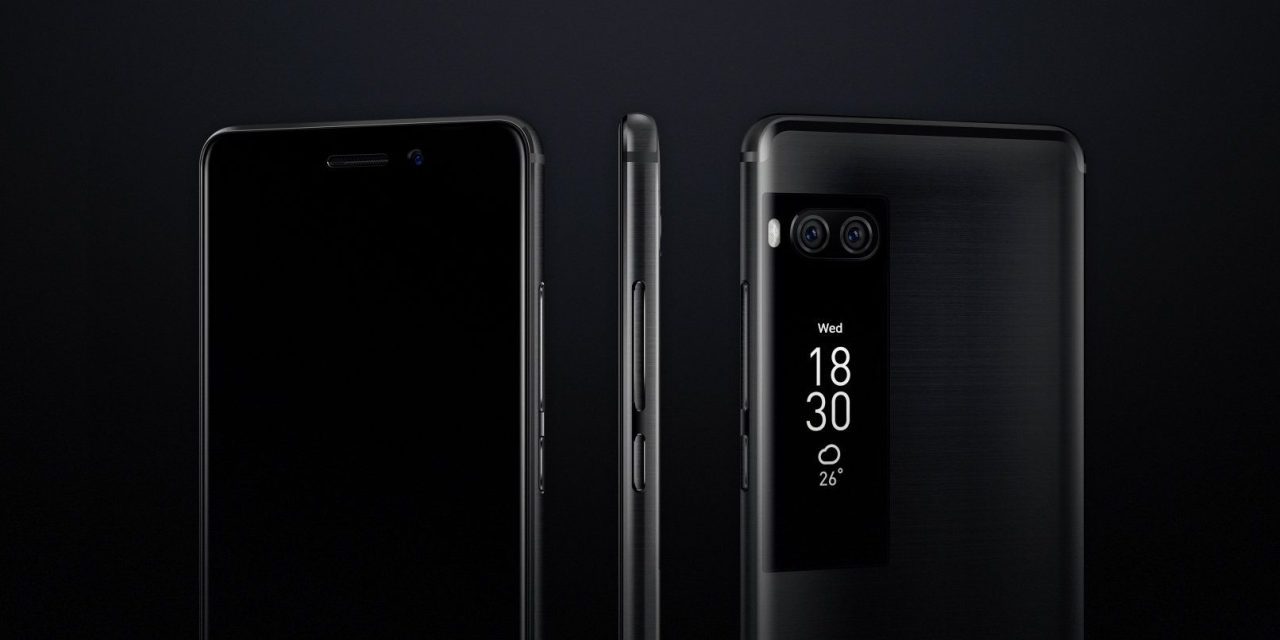 In line with rumors, Chinese OEM Meizu has officially announced its flagship devices for 2017. The Meizu Pro 7 and Pro 7 Plus are differentiated by screen size and some specs, but overall share the same design, AMOLED rear display, and dual-camera setup.

These devices are powered by MediaTek’s Helio X30 processor with a 10nm design and 10 cores. Meizu also touts “clearer and crisper sound” due to a separate audio processing chip. Both phones run Android 7.0 with the company’s latest Flyme skin.

Of course, the most notable feature for Meizu’s latest devices is the rear panel that can show the time, weather, music widget, and be used as a selfie mirror.  The display is likely user-customizable with color customizations to match the body of the phone.

Design-wise, the phone has a metal body with curved glass on the front and a matching curvature on the rear that merges into the sides of the phone. The antenna lines are located at the top and bottom of the Pro 7 and also continue into the phone’s sides. This phone is available in a very nice red color, as well as the standard black, silver, gold, and a pearl-like color.

Meizu’s dual-camera approach features two 12-megapixel Sony IMX386 sensors with a f/2.0 aperture and promise of “better night shots.” Ones lens takes images in color, while the other specializes in black and white shots.