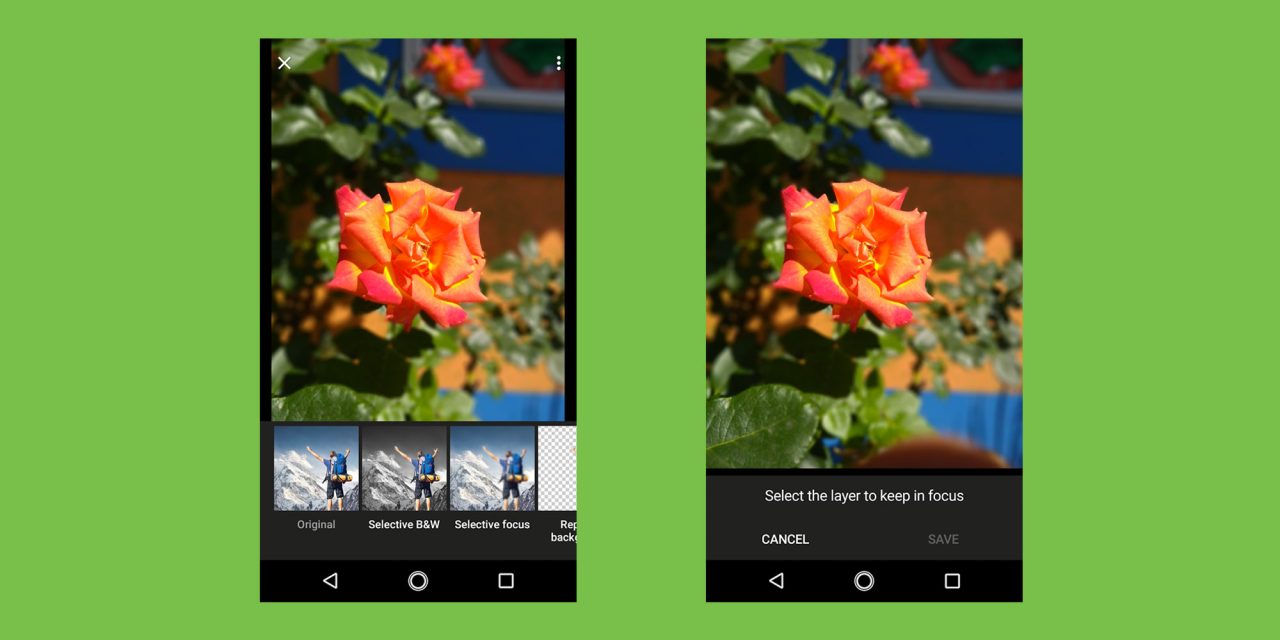 Motorola, like many other Android manufacturers, has started moving more of its stock applications to the Play Store. The latest application to be added to Motorola’s Play Store listing is Moto Photo Editor, an app made specifically to work with the OEM’s phones that pack dual cameras…

With its dual camera setup, the Moto Z2 Force is capable of some new visual effects. Using Moto Photo Editor, users will be able to take photos and change their focal point, play with a selective black and white mode, and even replace the background completely, all after taking the shot.

The below list, taken from the app’s Play Store listing, explains what each editing feature does exactly:

Moto Photo Editor is free to download on the Google Play Store, but you won’t be able to right now. Currently, it is only available for the Moto Z2 Force which won’t be available until August 10. The app could also end up being compatible with the upcoming Moto X4 and Moto G5S+, whenever Lenovo decides to unveil them.