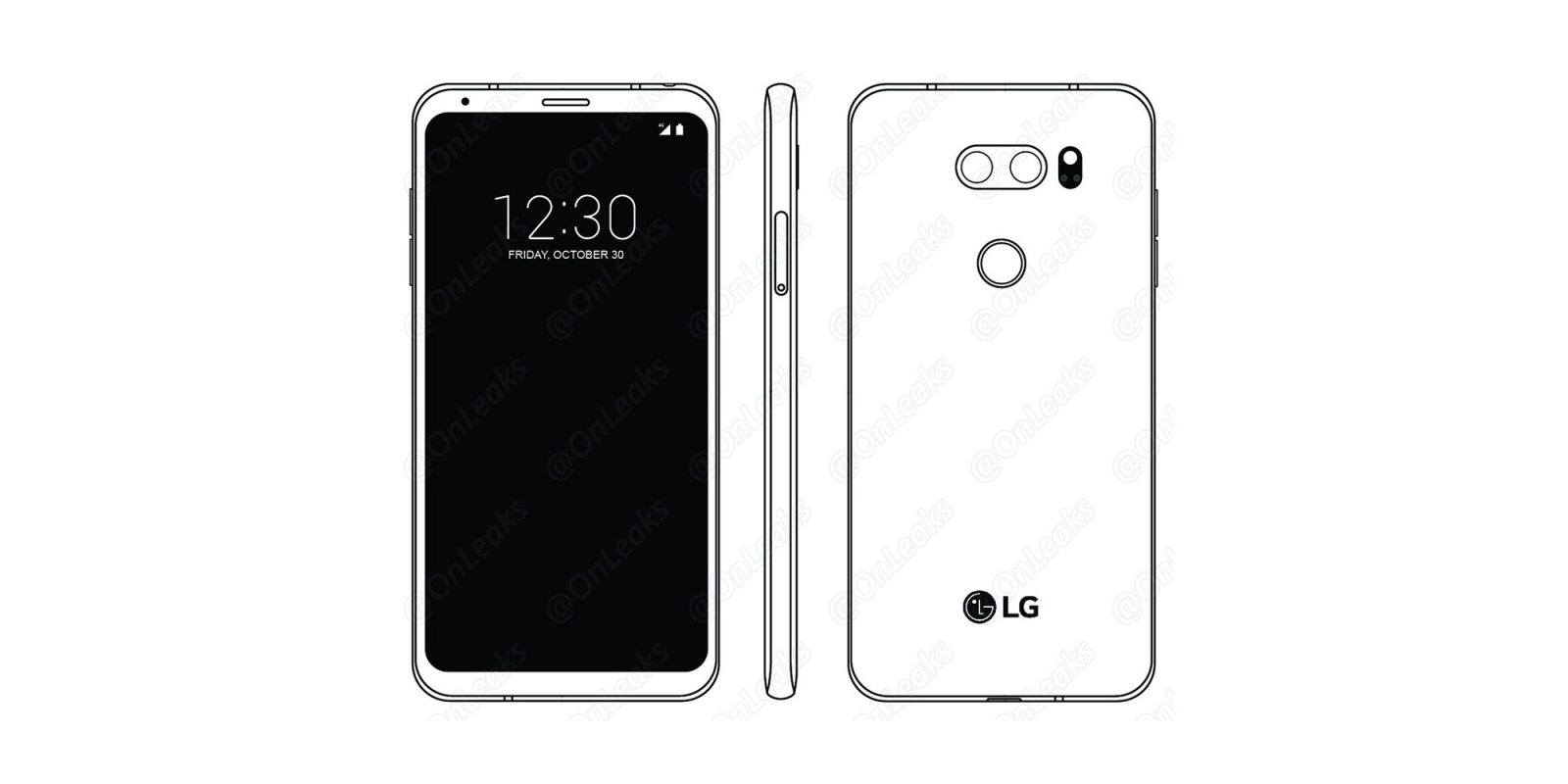 Earlier this month, we got our first look at the upcoming LG V30 thanks to several leaked renders that showed off the handset from all angles. While we’ve yet to see a real-life image of the device, a leaked image from the device’s alleged owner’s manual offers a new look at its outline…

OnLeaks, who was the source of the first V30 leak, is back again with this outline of the upcoming handset from LG. This time, we get a slightly more detailed look at the device.

First and foremost, we already know that LG is removing the iconic second “ticker” display found near the top of the older V-line of devices. With its removal, the V30 will feature a “bezel-less” display almost identical to the G6 and an unibody build with glass on the front and back. We also see the positioning of the dual cameras with the flash placed to the right of the lenses instead of between them like on the G6.

What’s new is the possibility of the display being raised slightly from the edge of the phone. With the G6, the back glass is curved slightly which leaves it extended out from the sides while the front glass is flush. If these outlines depict the V30 correctly, it would appear that the glass is extended outward on both the front and the back.

This isn’t good news for those who tend to drop their devices but this outline might also be exaggerating the design slightly to illustrate its design. We will learn more about the V30 when LG announces the handset at IFA on August 31.

In addition to my previous #LGV30 leak, just a little extract from its user manual… pic.twitter.com/6UYjBHwv4I