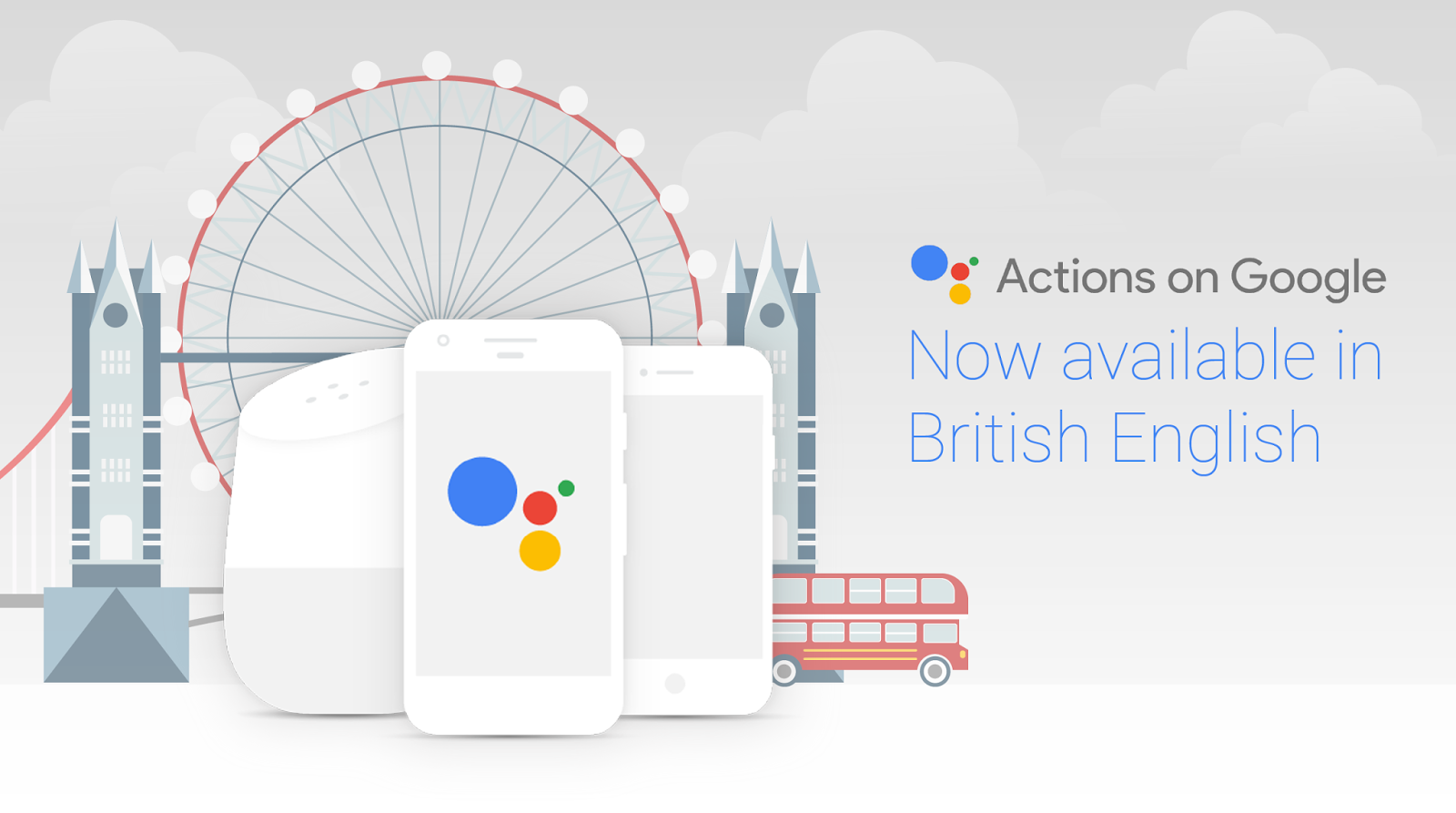 Actions on Google first launched on Google Home in December of last year before expanding to Android and iOS at I/O 2017 in May. Those launches were mostly local to the US, but Google is today making them available in British English for the United Kingdom.

With this rollout, developers can create Google Assistant apps for Home, Android, and iOS devices in a new language. Meanwhile, British users should find this new list in the Google Home companion app or by visiting Explore in Google Assistant on mobile. Existing apps will automatically be available in the local en-GB directory this week.

However, Google does encourage developers to tune the text-to-speech voice for their apps. There are four new TTS voices with en-GB accents, with Google automatically selecting one for apps. Developers have the option to choose one of the four or use their existing en-US TTS voice.

Additionally, the company recommends reviewing response text strings and making adjustments to accommodate the differences between the two languages.

For examples of en-GB optimized apps, Google touts Akinator, Blinkist Minute and SongPop. Developers are also encouraged to reach out through Stackoverflow and Google+ for internationalization questions.