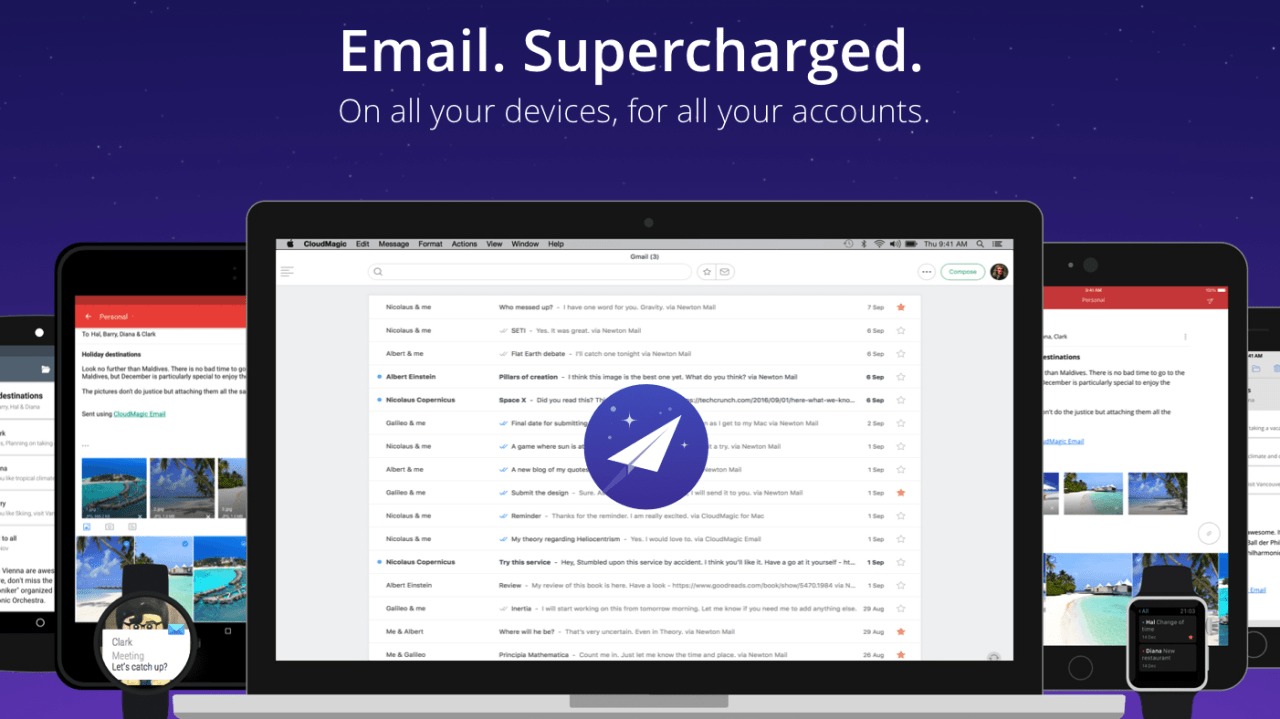 Email clients are a dime a dozen, but one of the better ones is Newton Mail from CloudMagic. Newton’s polish and large feature set is what eventually made me start using the service back in March, and thanks to a new update, Newton is getting a taste of Google Inbox’s highlight feature.

Superchargers are features within Newton that give it an edge over competing clients, and the latest Supercharger to be added is called, “Tidy Inbox.” Tidy Inbox bundles certain types of emails together like Google Inbox has been doing for some time now, and at the time of publication, Tidy Inbox can bundle Newsletters and Emails from Social Media. Tidy Inbox is turned off by default, and should you choose to give it a shot, you can choose to enable both Newsletters and Emails from Social Media or just one of them.

When Tidy Inbox is enabled, emails from the two available categories won’t show up in your primary Inbox – instead, they’ll be moved to their respective Low Priority folder (Newsletters and Social). Both Low Priority folders feature a button for swiftly deleting all emails currently in them, and the Newsletters folder even has a Bulk Unsubscribe option.

Tidy Inbox has been working flawlessly on my end so far, but if you notice any email wrongly placed in one of the new Low Priority folders (or vice versa), moving it back to your Inbox will help Tidy Inbox to work more accurately going forward.

Tidy Inbox is available for all Newton users starting today, and if you aren’t currently using the service, you can try it out with a 14-day free trial before deciding whether or not you want to pay the $50/year premium to continue your use.