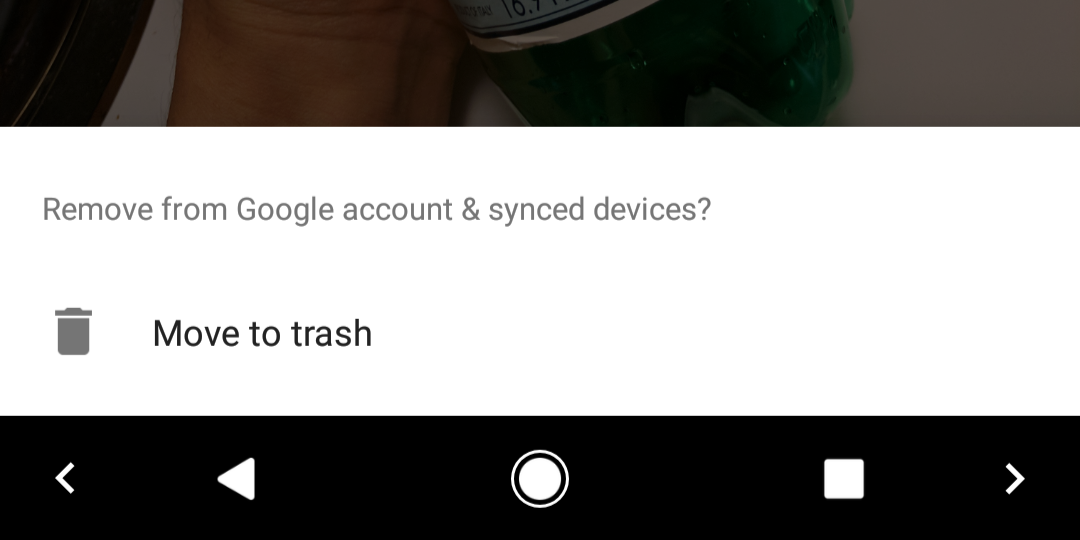 Google Photos is rolling out a minor update to its Android app that clarifies the workflow for deleting images. This new process adds an explicit delete confirmation screen that might cut down on errant and accidental button presses.

In the past, deleting an image in Google Photos would automatically send that picture to trash. A snackbar would then slide-up from the bottom of the display and offer users a chance to “Undo” their action. However, the snackbar would disappear after a few seconds and could often go unnoticed.

Google Photos is now rolling out a new interface that first brings up a confirmation. With this slide-up panel, users are asked to confirm whether they want to “Move to trash” an image. Above the button is varying text that notes whether you are removing from “Google account & synced devices” or “from all folders.” The “Undo” snackbar still appears afterwards.

For power users, this newer interface is quite annoying when wanting to review photos in fullscreen before deleting, but regular users might benefit from the up-front confirmation versus an after-the-fact chance to undo.

Some users began encountering this new interface over the weekend, but it now appears to be fully rolled out on the latest version of Google Photos.