Sundar Pichai addressed a girls’ coding event after nixed Town Hall: ‘there’s a place for you at Google’ 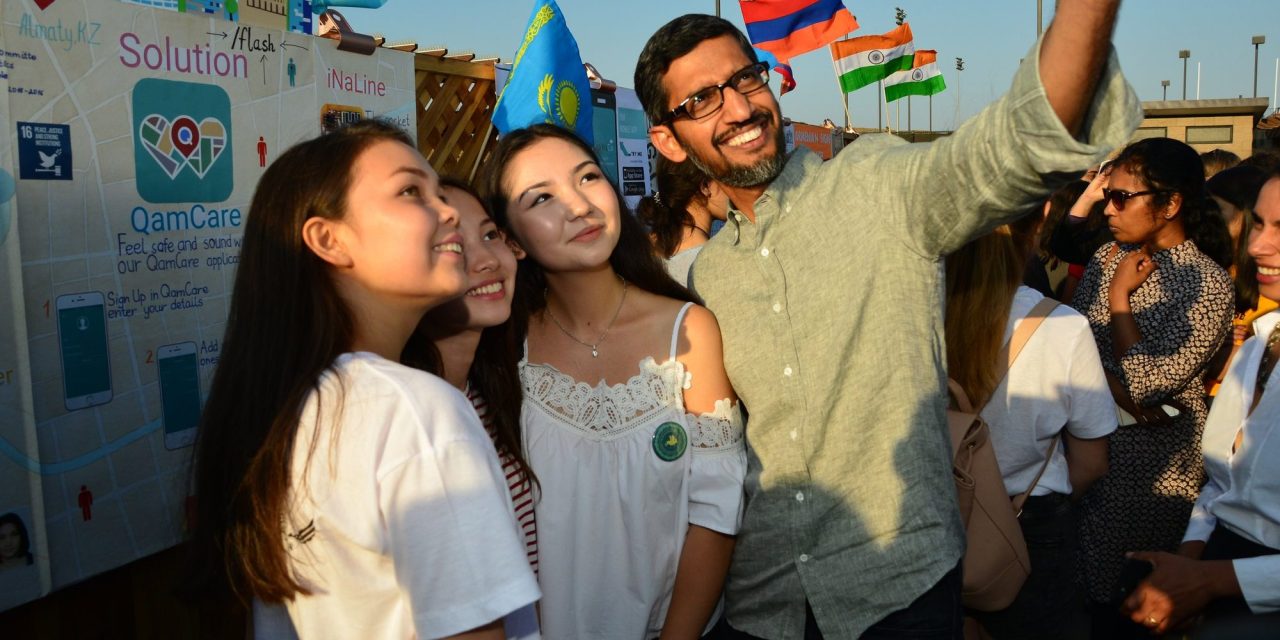 The latest fallout over the Googler-written anti-diversity document took place yesterday as a company-wide meeting was canceled over online harassment and doxxing fears. While Sundar Pichai did not get to express his thoughts at that event, later on in the evening he addressed a coding event for girls hosted at the Googleplex and reached out to reaffirm their place at Google.

The 2017 Technovation Challenge hosted in partnership by Google’s Made with Code program, UN Women, and Iridescent invited young women to create an app that solves real life challenges. Projects ranged from the environment, equality, and poverty, with 11,000 people from 103 countries participating.

Last night, the winners — after pitching to a tech panel earlier in the week — were announced. Pichai (via The Verge) took the stage during the event and addressed an audience of over 900 girls, educators, and mentors.

The CEO noted Google’s commitment to supporting these types of events, and the importance of diversity:

At Google, we are very committed to building products for everyone in the world, and I think to do that well we really need to have people internally who represent the world in totality.

Pichai ended the speech by referring to the recent controversy by stating how women have a place at Google and the broader tech industry, as well as the challenges they might face ahead as highlighted by the past week’s events: