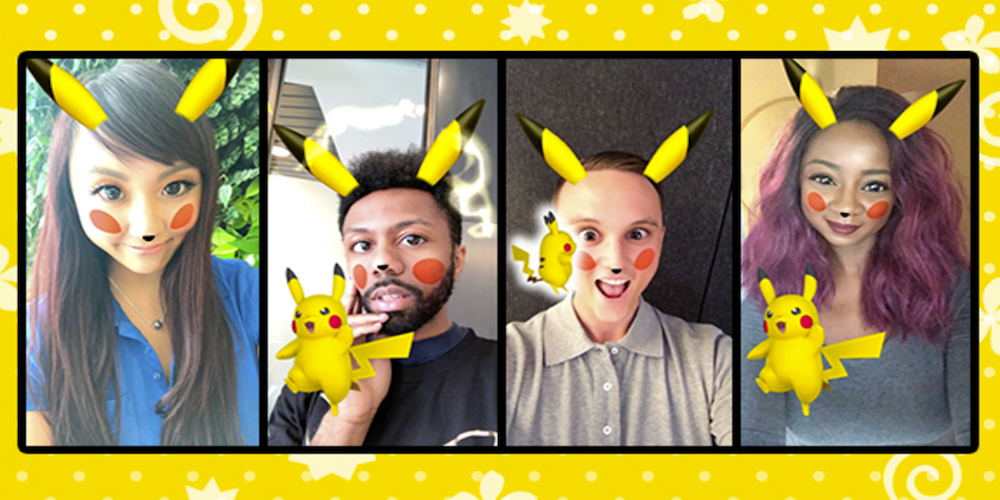 The Pokémon Company International has teamed up with Snapchat to launch a new Pikachu Lens available now for a limited time, the company announced today. The Pokemon Go app is also getting an update with new features and characters.

The new lens turns selfie-taking users into Pikachu (as pictured above) and also includes an animated Pikachu with the character’s voice when users open their mouths. You can see the feature in action in the video below.

Add the look of Pikachu when you take your next Snapchat selfie with a special Pokémon Lens! Pikachu’s ears, nose, and bright-red cheeks will appear over your smiling face when you use this Lens. Then, you can open your mouth to call on Pikachu to join you in the photo! If your device’s sound is turned on, you’ll hear Pikachu’s iconic voice as it jumps onto the screen and strikes a pose. Snap the perfect portrait of you and the famous Pokémon to share!

Take a selfie with Pikachu! 📸⚡️Our Pikachu Lens is available now on Snapchat for a limited time: https://t.co/hOCWNkQWmB pic.twitter.com/GX8mY7hPYI

The feature is available starting today in the latest version of the Snapchat app on the App Store and will be available for a limited time.

In addition, the Pokemon Go app is getting an update that will introduce new Exclusive Raid Battles starting with the character Mewtwo: