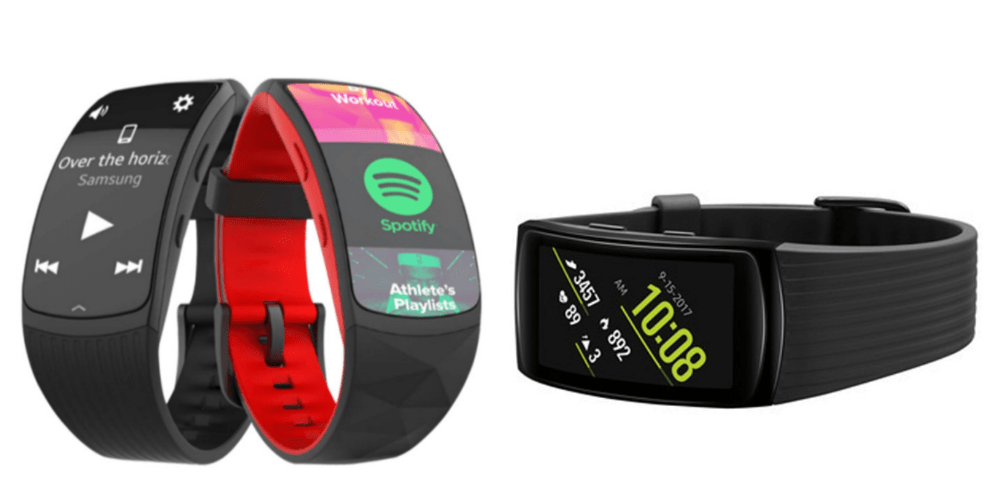 The Samsung Gear Fit 2 launched last summer as the company’s answer to Fitbit’s lineup of fitness-tracking gadgets, and thanks to a new report, we now have a bunch of juicy details on the successor to this wearable — the Gear Fit 2 Pro.

VentureBeat recently got its hands on an official training deck for the Gear Fit 2 Pro, and as you might expect, the wearable looks a lot like last year’s Gear Fit 2. The body as a whole looks nearly identical, and while the display does have a familiar curved shape as well, the actual screen takes up the entire glass front as opposed to the regular Gear Fit 2 which had some decent-size bezels on the top and bottom.

There are two physical buttons on either side of the Gear Fit 2 Pro, and this time around, Samsung is including 5 ATM water resistance that will enable the new wearable to be fully submerged in water and track swimming activities. Last year’s Gear Fit 2 offered an IP68 rating, and while this did make the unit water resistance, it wasn’t rated to survive full submersions.

Also new with the Gear Fit 2 Pro is the ability to save Spotify songs for offline listening, a free year of Under Armour’s premium digital workouts/services, and a watch-style clasp for the band that should be much more secure than the snap clasp that was included with the Gear Fit 2.

Like its predecessor, the Gear Fit 2 Pro is powered by Samsung’s Tizen OS and features a built-in GSP chip for mapping your runs and jogs even when your smartphone isn’t on you.

While the Gear Fit 2 Pro does sound like a worthy successor to the Gear Fit 2, this isn’t the only wearable from Samsung that we’re expecting. A supposed ‘Gear Sport’ is also expected to launch soon, and while this will likely feature a similar focus on fitness-tracking, its body will be much more akin to a traditional watch as opposed to the form factor that’s present with the Gear Fit 2 Pro.

The Gear Fit 2 Pro’s body appears to be rather slim, and based on what we know so far about the Gear Sport, it too will feature a considerably smaller body than what’s found on the Gear S3. Assuming that this is the case, we could be looking at two nice wearable options for people that are tired of Android Wear’s push for bulky, LTE-touting smartwatches and “fashionable” watches.

There’s currently no pricing or availability info on the Gear Fit 2 Pro, but with Samsung’s Note 8 event taking place in a little more than a week on August 23, it’s very likely that we could see the wearable shown off then.