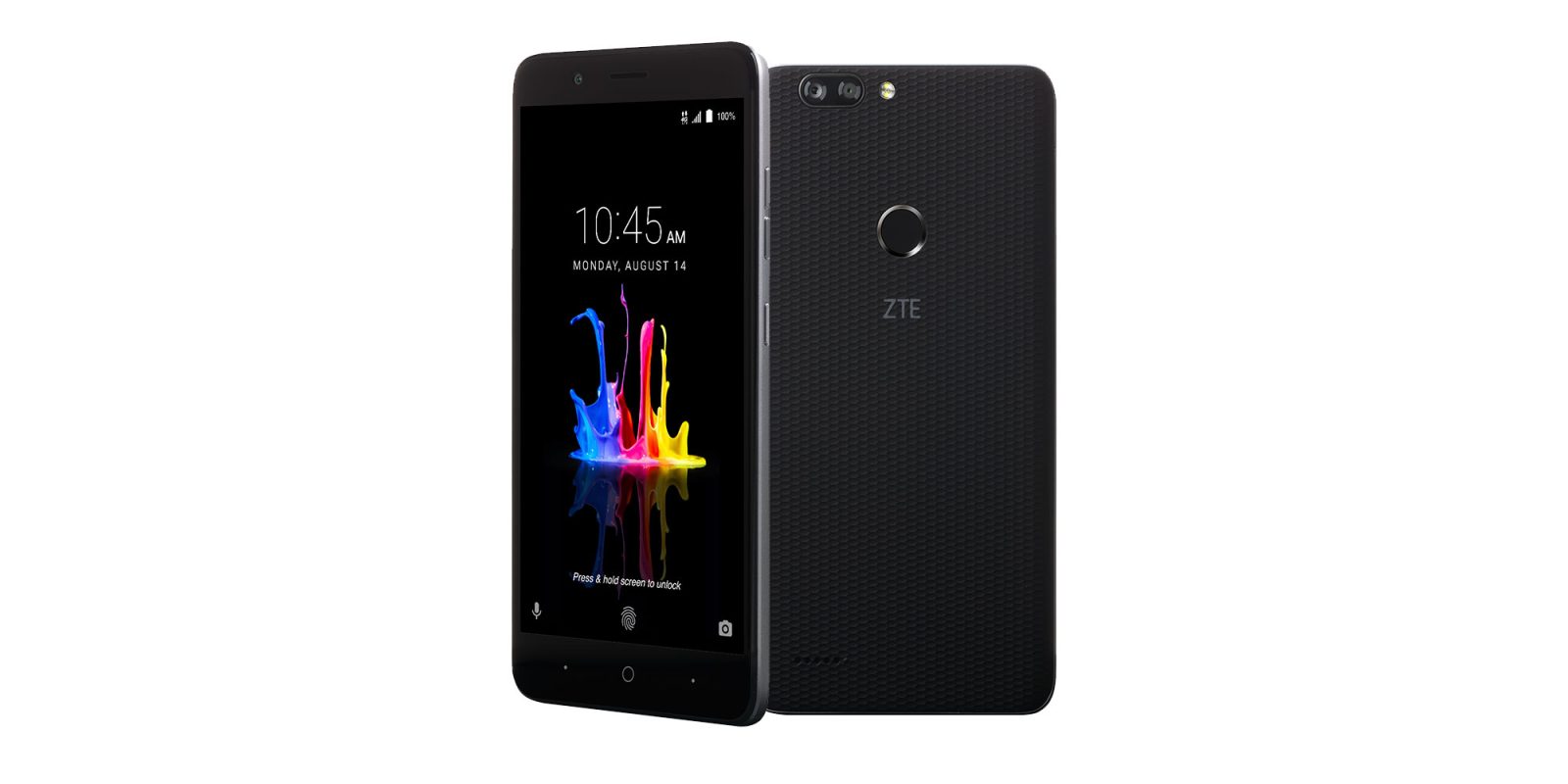 Last year, ZTE released the ZMax Pro, a 6-inch smartphone with budget specs that out performed its $99 price tag. This year, ZTE has announced the successor to the Zmax Pro in the Blade Z Max, which features a larger battery, a dual rear-facing camera setup, and more for just $130…

Just like last year’s model, the Blade Z Max runs on budget specs that seem too good for its small price tag. First off, let’s talk about the display. This year the handset features a 6-inch 1080p IPS LCD display protected by 2.5D Dragontail Glass. This should hopefully be a step up compared to the ZMax Pro’s TFT panel. Above it, you will find an 8MP selfie camera and below, capacitive navigation keys.

Lastly, around back, the ZTE Blade Z Max features a fingerprint sensor and a dual-camera setup. Meant to be used to create photos with depth of field effects like the iPhone 7 Plus, the Blade Z Max’s camera uses a combination of 16MP and 2MP sensors to accomplish that. The Blade Z Max will come running Android 7.1.1 Nougat out of the box, includes a headphone jack, and charges over USB-C.

When we initially reviewed last year’s ZMax Pro, we stated that it had one major flaw: it was available exclusively on MetroPCS. While it did eventually make its way to T-Mobile, it came with a higher price tag. ZTE appears to be doing the exact same thing this year as the Blade Z Max is again exclusive to MetroPCS. You can pre-order it for $130 if you’re interested in buying it. If you happen to be on Cricket Wireless or Boost Mobile, you can alternatively pick up the Blade X Max or the Max XL respectively.

ZTE USA’s Blade Series is now Bigger, Bolder and Better Than Ever with the ZTE Blade Z Max on MetroPCS

The successor to the ZMAX Series, the ZTE Blade Z Max packs top-of- the-line features at a price that is almost too good to be true

Richardson, Texas – August 14, 2017 – ZTE USA, the fourth largest smartphone supplier in the U.S. and second largest in the no-annual contract market*, today announced the evolution to its award-winning ZMAX smartphone series with the ZTE Blade Z Max. This value-packed smartphone is equipped with a 6- inch Full HD screen, dual-rear cameras, expandable memory and a super large 4,080mAh battery. Available for pre-order online today at https://www.metropcs.com/BladeZMaxComingSoon.html, the Blade Z Max will be available in select MetroPCS stores starting August 28 for only $129 MSRP.

“The Blade smartphone series showcases the ability of ZTE to bring affordable premium devices to the masses and we are excited to bring this line to MetroPCS for the first time through the ZTE Blade Z Max,” said Lixin Cheng, CEO of ZTE Mobile Devices. “The Blade Z Max brings top-of- the-line features and specs to consumers at a price point that provides unmatched value.”

Coming in at under $130 MSRP, the ZTE Blade Z Max provides users with functionality and value with:

For full list of phone specifications and features visit https://www.metropcs.com/BladeZMaxComingSoon.html.