Review: ZTE ZMax Pro is an amazing phone for $99, but with one fatal flaw [Video]

When you think of  ZTE, generally it’s not a name you’d associate with flagship devices. Despite its best efforts, the Chinese company just can’t get away from lower-end budget smartphones. But with its latest device, the ZTE ZMax Pro, that’s not necessarily a bad thing.

Just a few weeks ago the company launched the 6-inch, spec-heavy mid-range smartphone that would be impressive for most price points, but at just $99, it blew us away. I’ve been using the ZMax Pro for the past couple of weeks, and now I’m here to find out if it’s actually a good deal…

First off, let’s talk about this hardware. ZTE has done a shockingly fantastic job with this phone. Despite being entirely plastic, it doesn’t feel or look that way. The frame of the device feels great, the matte panel on the back is fantastic in just about every way you can think of, and the phone overall just has a very appealing aesthetic — you wouldn’t have even believed the $99 price point more than a year or two ago.

The big story here, no pun intended, is the size. With a 6-inch display, there’s no way getting around it — this is a big phone. Compared to Google’s Nexus 6P it’s slightly taller, but also much wider, as you can see below. And compared to the Nexus 6 it’s significantly taller, but about the same as far as width is concerned. Personally, this was fine for me. I used a Nexus 6 for over a year and came to love the size, so the ZMax Pro took hardly any time to adjust to.

That said, the average consumer might have a tough time with this one. As I said before, this is a really big phone, especially compared to most devices in this price range which are just puny by comparison. You’ll be able to test this phone out in stores so if you plan to buy and you’re not sure about the size, go take a look before dropping the cash, as little as that might be.

Moving on from size however, ZTE has also done a good job with the little details on this device. I love the metallic-looking accents around the camera ring, fingerprint sensor, and the buttons. The buttons by the way are wonderful, providing a solid amount of click and are spaced just right for the size. They are however just a bit high up on the phone for my taste.

Up top you’ll find a 3.5mm headphone jack and a USB C port on the bottom with a microphone. The right side houses only the power button and volume rocker while the left side is left with only the SIM/microSD card slot.

At this point in time budget phones are fantastic in terms of their spec list, but the ZTE ZMax Pro takes things to a whole new level. Despite the cost, this phone still packs a Snapdragon 617 processor, 2GB of RAM, and 32GB of storage under the hood, which is simply amazing.

With those specs and Android 6.0.1, you also get pretty great performance. There’s a bit of sluggishness from time to time, but overall the experience was great, at times even better than other mid-range smartphones with similar specifications. Multitasking had no major issues either. The ZMax Pro could easily hold a few apps in memory without constantly reloading and most casual games performed quite well. Benchmarks can be found below.

Looking at the spec list on the ZMax Pro, it’s already impressive that this phone is $99, but add in a fingerprint sensor and it’s just that much more impressive. The rear-mounted fingerprint sensor on the Pro is placed well, making me wish the good ol’ Nexus 6 of years past had taken the same route.

Performance on the sensor is also great. Despite being on a low-cost phone, the sensor is still accurate and fast. It definitely doesn’t compare to something like the sensor on the Nexus 6P, Galaxy S7, or HTC 10, but for a $99 phone (and that’s pretty much the theme of this review), it’s absolutely wonderful. The closest competition is probably the $199 Honor 5X, but honestly I prefer the sensor on the ZMax Pro, primarily due to its size. I feel the size of the sensor allows for a more accurate reading.

As previously mentioned, the ZMax Pro ships with Android 6.0.1 out of the box and this is basically stock Android. The settings menu, homescreen, and most of the stock applications are all unaltered from what you would see on a Nexus device, which is awesome.

The changes mainly come from the lockscreen and notification tray/quick settings. Here you’ll notice a translucent, blurred out style which looks fairly similar to iOS. Everything still works more or less the same, though, and I’m a fan of the changes ZTE made. It’s a subtle difference, but the changes don’t slow things down, make the UI harder to use, or really affect my day-to-day usage of the device. Over my testing period I did notice a few times where I couldn’t read a notification when it popped up over an app, but this is something that can be easily fixed down the road and regardless, you probably won’t run into it that often anyway.

One thing that did take away a few points on this device was the bloatware however. Being a carrier phone I expect some, and there’s not much to be honest, but it is a tad invasive. I didn’t keep track, but just within the week and a half I used the device as my daily driver I recall at least 4-5 times where a large advertisement for a MetroPCS promotion took over the entire UI. It never happened while I was actively using the phone, but it was still pretty annoying to come back to the phone and find a huge ad.

The display on this device, despite being a TFT panel, is actually very impressive. I could easily use it indoors or out with no problems as all. Colors are good, perhaps a bit washed out, and viewing angles are shockingly good.

With that however comes a note once again regarding its size. This panel is massive. You’ll undoubtedly need two hands to get most things done on this screen, so be prepared for that if you decide to pick this up.

The biggest problem with nearly every budget phone is the camera. Making a super cheap smartphone isn’t easy, but the camera is one place where many OEMs seem to gravitate toward when it’s time to trim costs. The ZTE ZMax Pro has a lot of highlights, but the camera isn’t really one of them. The 13MP sensor often overexposes shots and just doesn’t capture as much detail as it should. It’s a passable camera, but don’t expect to impress anyone with the shots taken on this phone.

Video was equally unimpressive. There’s no stabilization, so you’ll have hold the phone steady and along with that, the video just doesn’t look great and is capped at 1080p @ 30fps. But once again, this camera overall is perfectly fine for a $99 smartphone.

Audio is another important aspect of our smartphones and the ZMax Pro is just fine. The rear mounted speaker is quiet, not very rich, and of course it’s facing the wrong direction entirely. It would have been nice to see ZTE opt for a bottom mounted option. I’m not shocked by little downsides like this, but that doesn’t mean they’re not downsides. Headphone audio is also good.

With big phones come big batteries and the ZMax Pro is no exception. With a 3,400 mAh battery under the hood the ZMax Pro provides unsurprisingly good battery life. It was nearly impossible to kill it in a day, but two was stretching things just a bit in my case. At one point I tried to squeeze two days out of the phone and it just couldn’t quite make it. I went from 7:30 AM on the first day to about 4:00 PM the second day before hitting 15% and requiring a charge. Along with that came about 2 and a half hours of screen-on time which included about 30 minutes of casual gaming.

Charging was another story entirely. With USB-C and a chipset capable of fast charging, you would expect fast charging. Sadly though, the ZMax Pro doesn’t have it. You’ll definitely want to charge this phone overnight, but that’s not really much to complain about — because you’ll be sleeping anyway, right?

So the question begs to be answered. How did ZTE pull off a $99 smartphone that’s so good? After using the device for a while, there’s really not much that jumps out. Looking at the spec list we can see a few cost cutting measures such as the TFT display, the rear-mounted speaker, the sub-par camera, and the use of USB 2.0 rather than the new, better, and faster USB 3.0 (although it’s still fantastic to see USB-C). All of these however are pretty normal for budget devices and this phone should still cost much more than it does… so why doesn’t it?

The answer is probably pretty simple. The carrier. While MetroPCS likely won’t reveal it publicly, it likely has a deal with ZTE to sell this phone at cost in order to attract new customers. It’s also worth noting that this phone isn’t $99 outright — it’s actually $179 before rebate. And it’s likely that many customers will buy the phone and forget that they were ever entitled to a rebate worth almost half its price. And that brings me to my next point…

The biggest problem by far on the ZTE ZMax Pro is MetroPCS. This is a fantastic phone for the price, but it’s just too good to be true. It has the specs, performance, and form factor to do well, but by remaining exclusive to MetroPCS it’s really limited. We’ve already confirmed with ZTE that this phone is a MetroPCS exclusive, at least for now. We didn’t get a firm “no” on an unlocked model, but it sure seems that way. There is of course the option to pick up the phone from MetroPCS and then have it unlocked later, but to do so you’ll need to have active service on the device for at least 3 months.

It’s hard to say, but it needed to be said. ZTE has an awesome budget smartphone on its hands, but with it remaining a MetroPCS exclusive, it just becomes harder and harder to recommend. That said, if you’re okay with a simple rebate process, a huge MetroPCS fan or you’re — for some reason — considering switching to a cheaper carrier, then maybe this phone is for you. As I’ve made clear, it’s an amazing handset for the $99 that you’ll end up paying. 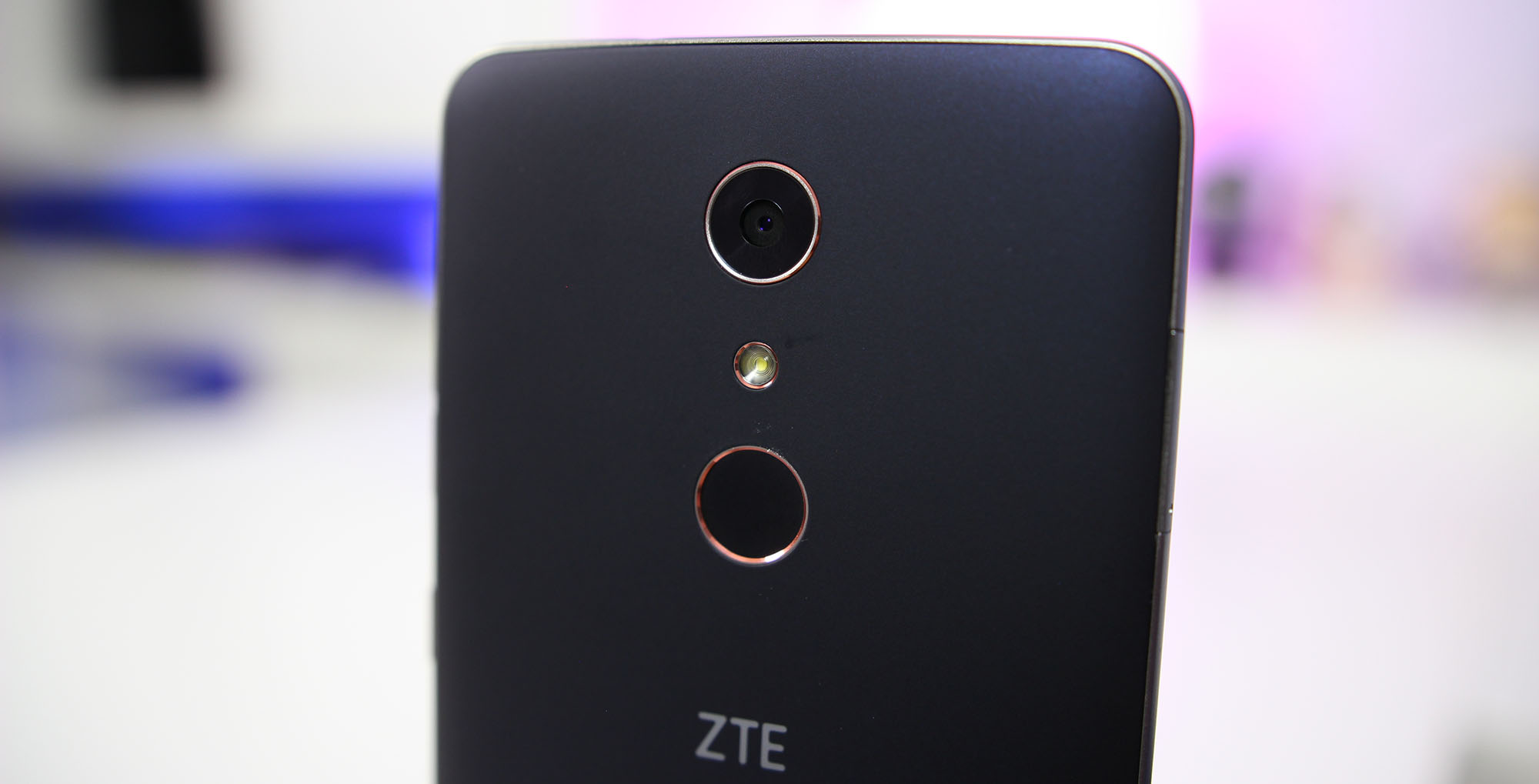 Where To Buy It |

If you are interested in buying the ZTE ZMax Pro, you probably know by now where to go to pick it up: MetroPCS. The phone is available for $179 with an $80 rebate, but MetroPCS has made this process palatable by letting you submit your rebate online.