Google Lens is one of the most exciting launches coming from Google this year. A look at the latest Google app beta (version 7.9) reveals more about the visual search feature, its interface, and how it could be activated. Meanwhile, Google is working on adding a Quick Search bar to notifications and a redesigned Search interface. Other changes include an updated screenshot editing feature and minor tweaks to Google Assistant.

From I/O 2017, we know that Google Lens can be quickly activated by pressing down on the home button to call up the Assistant and tapping the new icon in the bottom right corner. However, Google might also add a Lens icon to the search bar in the Google app.

After launching Google Lens, we have captured the in-development interface for the feature. So far, basic text recognition is running and reveals an interface that is somewhat similar to what was shown at I/O. For instance, a panel slides up to let users perform a search, copy text, and share.

Over the past several weeks, Google has been A/B testing different interface designs for the Search results page. The company is now also working on redesigning the top bar for the Google app.

This new design gets rid of the Google logo by pushing the search bar to the very top. Furthermore, it redesigns the carousel by getting rid of the boundaries and merging it with the search box. There is also a drop down that lists previous searches and trends. 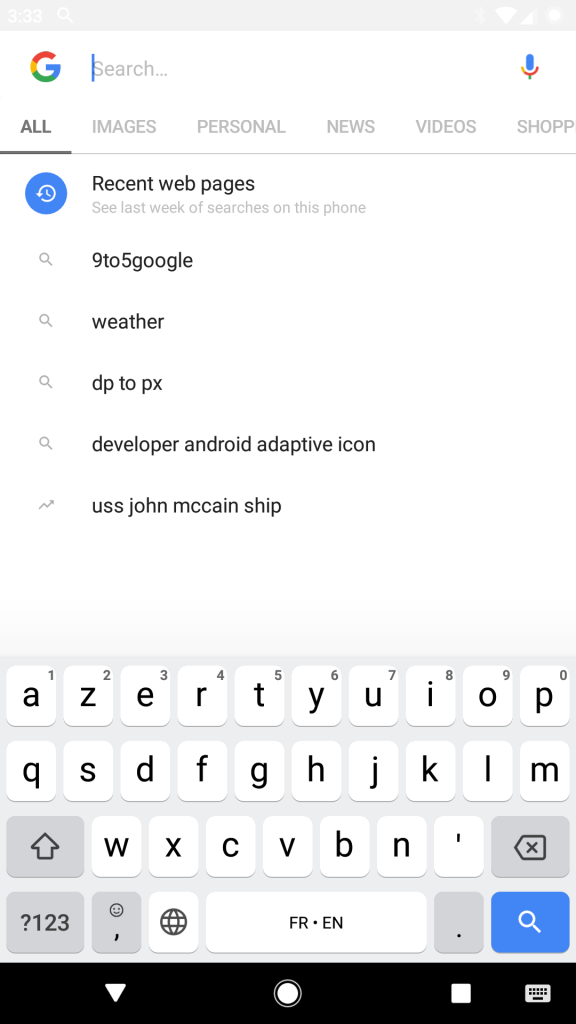 Labeled as beta, Google is also working on a “quick search bar” for the notification panel. At the moment, it is just the Search bar widget with a microphone icon. It is persistent and displays a magnifying glass icon in the notification bar. Users can enable/disable this feature in settings under Notifications.

A few months ago, Google began testing a feature for quickly and conveniently editing screenshots. When this feature widely rolls out, it will come with a prompt that allows users to choose between this new workflow or the current one.

Once activated, taking a screenshot within the Google app will slide up a snackbar. Featuring a miniature thumbnail, an edit button reveals tools for cropping or doodling. Once finished, users can share like before.

The Home Control for managing smart appliances with Assistant has also added new tabs for “Groups” and “Scenes.” 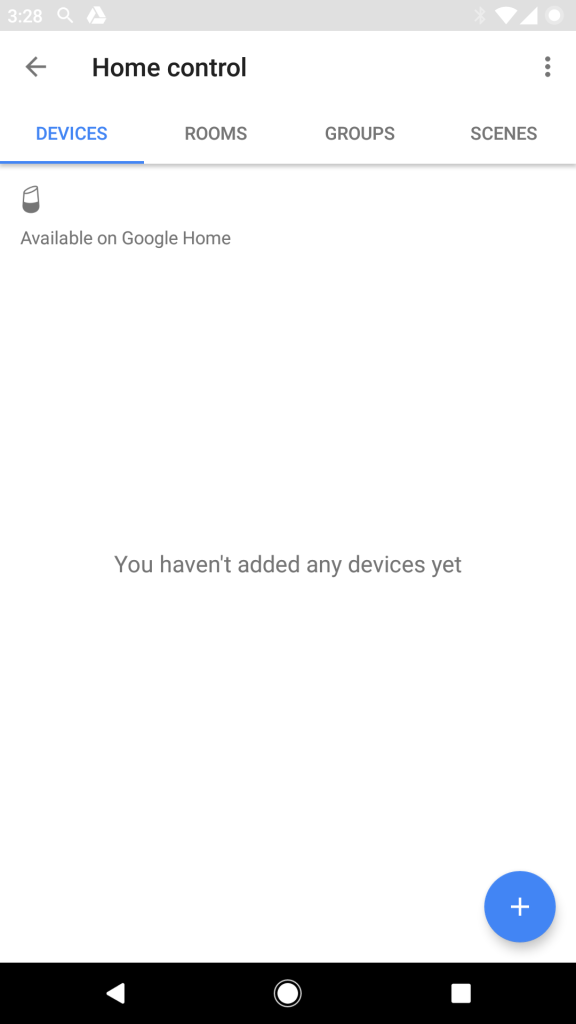 Users might soon be able to search through recents rather than having to rely on the main timeline. 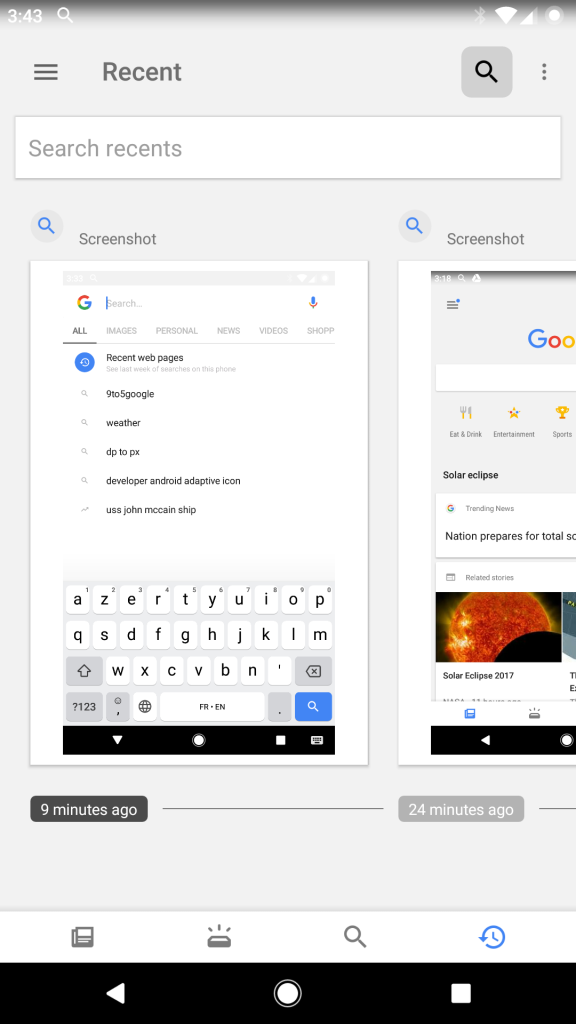 The last change shows Google working on rounding the Google Assistant panel. At the moment, dialogue boxes and chips are square-ish with slightly rounded corners. However, the new design completely rounds the interface elements.