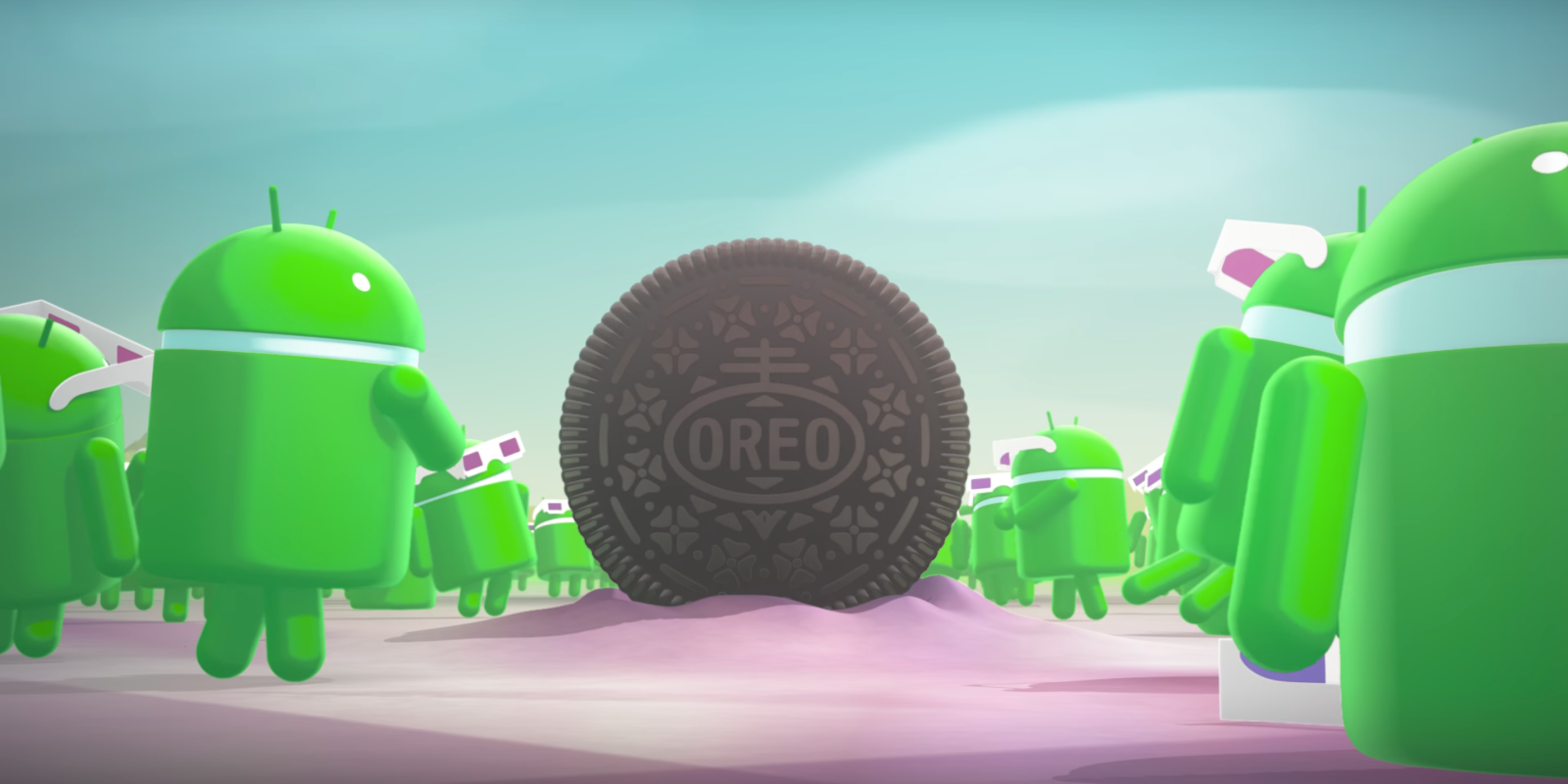 Today, in conjunction with the solar eclipse, Google unveiled that Android 8.0 would be called Oreo at an event in New York City. On the other side of the U.S., Google also unveiled the official Oreo superhero bugdroid statue that will live at the company’s headquarters in Mountain View, California…

Shortly after the announcement of Android Oreo’s name, Vice President of Engineering and Android, Dave Burke, tweeted an image of the official statue housed at Google’s main campus. Unlike the last several years where the bugdroid was standing next to or on top of the “tasty treat,” this year’s statue incorporates the Oreo theme into the figure. Additionally, there are mounds of Oreos stacked up around the Android superhero.

The backside of the Mountain View statue can be seen here.

The statue that unveiled in NYC alongside the official announcement is slightly different than the one in Mountain View. It featured limited mechanical movement and glowed from within the Oreo. It will most likely stay in the New York Google offices.

Also at the official unveiling in NYC and Mountain View, Google handed out packages of Oreos that featured the standard Android bugdroid right on the cookie. And yes, the creme filling is colored green.

There’s no word yet if Google and Oreo will mass-produce this special edition Android Oreo like what happened several years ago with the launch of Android KitKat.

Lastly, Google released a short promotional video that features some of Android Oreo’s new features. Things highlighted were Android’s improved security features and a “smarter” and “more powerful” operating system. While cute, it doesn’t touch on anything new within Android but does show off the Android Oreo superhero bugdroid mascot.