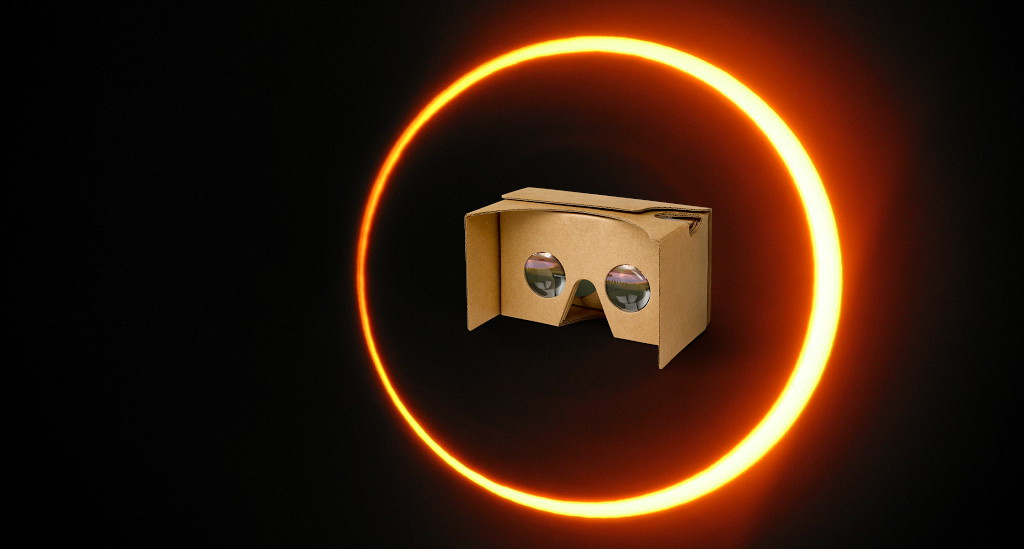 As great as today’s solar eclipse will be, you need special eye protection in order to properly view the it without doing moderate damage to your retina. There are a few different ways to go about this, but one way to do so — although definitely not ideal — could be with a phone, Google Cardboard, and a virtual reality camera capture app from the Play Store…

Disclaimer: Don’t be stupid. Don’t look directly at the eclipse without eye protection, especially not through Google Cardboard lenses directly. Don’t keep your phone’s lens pointed at the eclipse for long durations of time. We take no responsibility for damage that may happen to your phone.

Will it damage my phone’s camera?

However, NASA says that it should be safe for most phones:

The basic argument in favor of it being safe for the camera is that the lenses are generally very small (2 millimeters or so) and do not admit enough light. Also, cameras come equipped with UV filters that cut down on some of the visible light landing on the sensor chip. Finally, they automatically set their exposures for very shorttimes.

NASA does say, though, that the biggest concern is with phones with larger lenses are the main concern, and that includes a lot of the latest Android phones like the LG G6 and the Galaxy S8. But most photographers agree that briefly pointing your camera at the eclipse won’t be a problem:

The argument for it not being safe is that some of the more recent smartphones use larger and faster lenses (f/1.7 to f/2.0) to get better resolution, and that can be a problem.

Apple also told The Wall Street Journal that an iPhone won’t be damaged by photographing the eclipse (the iPhone 7 has an f/1.8 aperture):

Although Apple says photographing the eclipse won’t damage the iPhone’s camera, you’ll get a better shot by holding a pair of eclipse glasses directly in front of the lens as you snap the shutter.

So with the above in mind, you’ll only want to point your phone at the eclipse briefly and not for an extended amount of time. It’s also worth noting that the wide angle lenses of smartphones likely aren’t going to be able to see or capture the eclipse in much detail, so unless you have a telephoto lens or some other special equipment, it might not even be worth your time at all.

With that in mind, keep reading if you want to give it a shot.

If you want to skip the many livestream options and see the eclipse for yourself, Google’s inexpensive VR headset in conjunction with an unofficial app like the FullDive Virtual Reality Camera might just work. 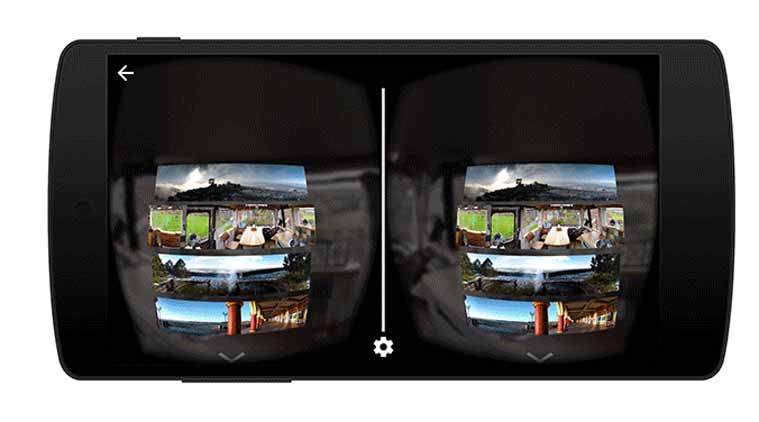 To view the eclipse in this manner, install the Cardboard Camera app if you don’t already have it, put your phone into your Cardboard headset, and then open up the application. From here, you’ll be able to safely view the eclipse through Cardboard — although it might not give you a much clearer image than by just projecting the sun onto a piece of paper.

As mentioned above, though, it’s worth noting that you should only take small glances at the sun rather than hold your phone and cardboard up to it for long periods of time. The harsh rays of the sun could potentially cause damage to your device’s camera lens if pointed at it too long. The likelihood of this is pretty slim, but just be sure to play it smart and take your glimpses through Cardboard in quick doses.

The exact time for when to view today’s solar eclipse will depend on where you live, and while your absolute best bet for watching it still lies with official solar eclipse glasses, Google Cardboard offers a couple nice alternatives for folks (like me) that missed out on picking up a pair before they sold out pretty much everywhere.